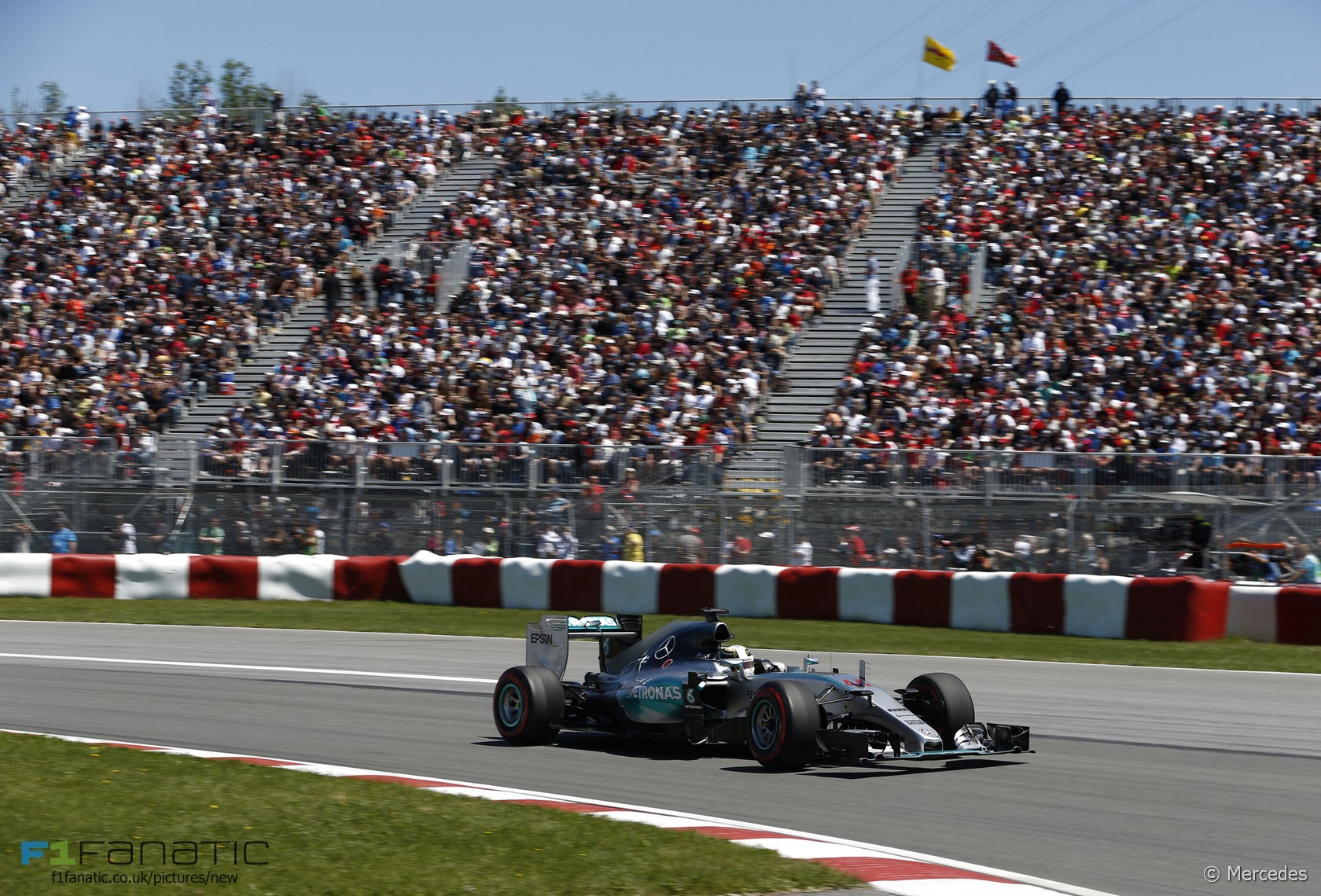 Lewis Hamilton said he never felt in serious danger of losing the lead in the Canadian Grand Prix, despite team mate Nico Rosberg running him close in the second half of the race.

Hamilton crossed the line just over two seconds ahead of his team mate, who had repeatedly come close to getting within DRS range of the leading Mercedes.

“I didn’t feel I had the most comfortable balance,” Hamilton admitted afterwards. “I generally had a lot of understeer.”

“But I never really felt too much under pressure. Nico was quick but I felt I always had it under control. I had a bit of time in my pocket to be able to pull it out when I needed to. It was never too serious.”

“It was a great race – I don’t know how it was to watch but I felt it was intense and I really enjoyed it.”

Hamilton dedicated his fourth victory in the Canadian Grand Prix to his race engineer Peter Bonnington’s father, who died during the week.

“For me personally, and I’m sure I speak for the team, I want to dedicate this to my engine Bono’s father,” said Hamilton. “I know it’s been a tough weekend for him but he’s been amazing all weekend and helped me win this today so this is dedicated to him.”