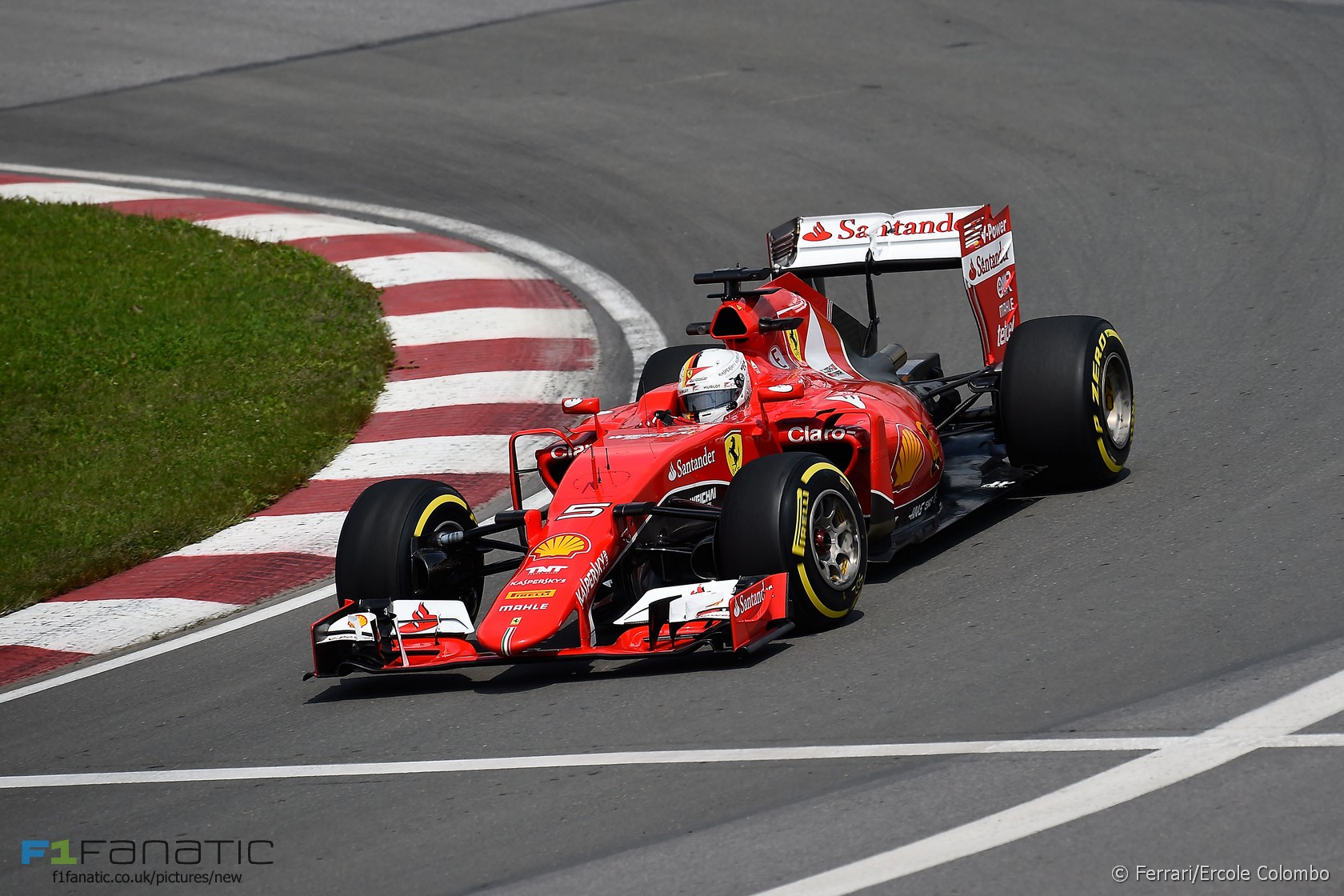 The Ferrari drivers set the fastest laps during the Canadian Grand Prix. But while Kimi Raikkonen was the quicker of the two over a single lap, Sebastian Vettel showed better race pace.

A technical problem in qualifying and a penalty for not obeying red flags in practice had left Vettel 15 places behind Raikkonen on the grid. However they ended the race in consecutive positions – Raikkonen fourth, Vettel fifth – and separated by less than five seconds.

Vettel’s race was compromised early on by a slow first pit stop which cost him at least three seconds. However after his second visit to the pits he was able to make more progress. From laps 41 to 69 he took 4.4 seconds out of his team mate despite running tyres which were five laps older and a harder compound.

At the time Raikkonen was pursuing Valtteri Bottas, but he fell short of catching the Williams driver by 4.5 seconds. This was despite setting the race’s fastest lap on his first lap after leaving the pits on his set of super-softs. He had to make this set of tyres last 30 laps, though Felipe Massa went three laps further on the same compound.

For Raikkonen, however, four laps into this stint Vettel was already lapping quicker on his soft tyres, which explains why he was gaining on Raikkonen so quickly at the end.