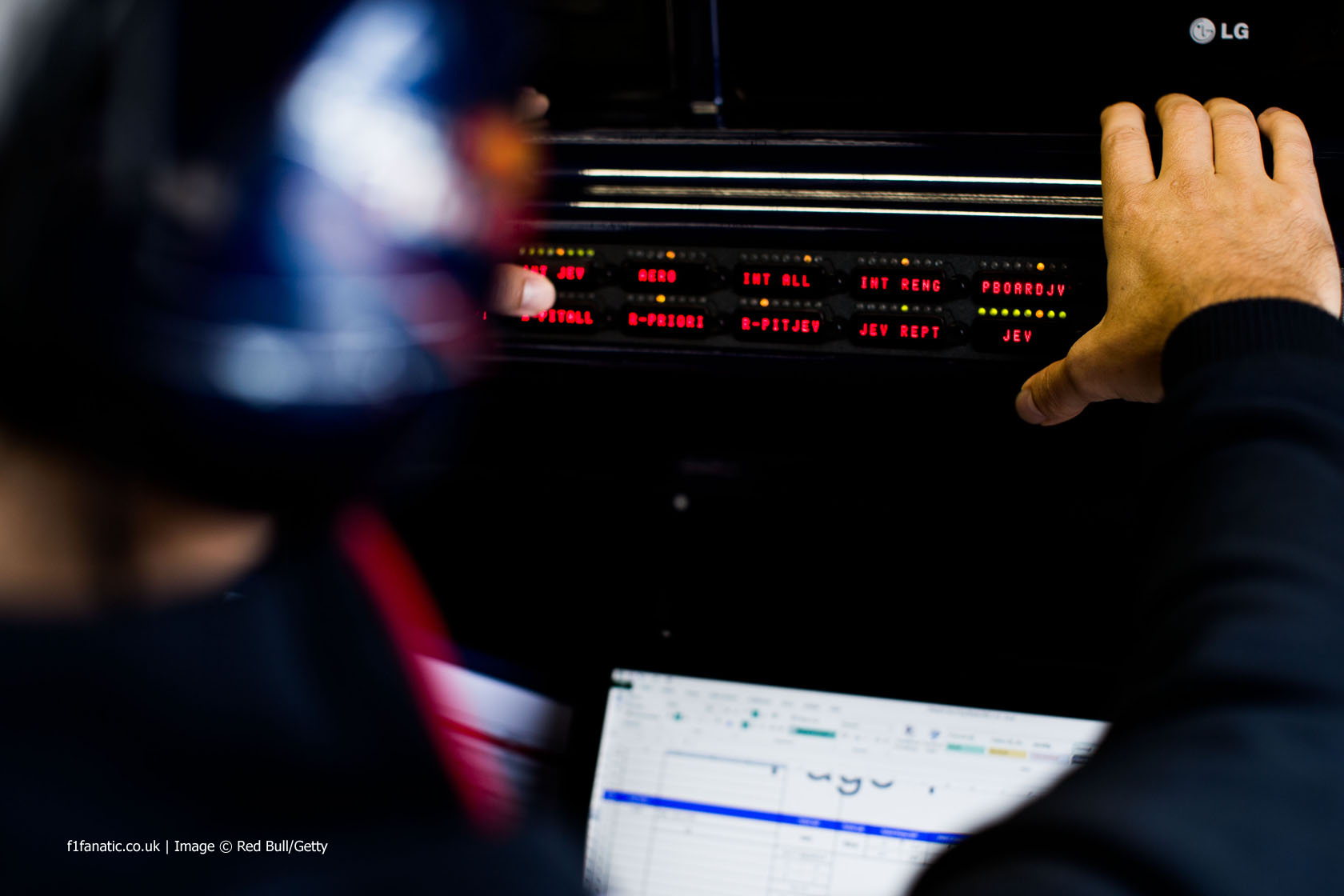 The team radio messages in the Canadian Grand Prix revealed just how preoccupied drivers were with nursing their cars: saving their brakes, tyres and above all fuel.

It’s led some to suggest F1 would be greatly improved by the simple step of stopping teams from communicating with their drivers – or at least banning the type of messages that some people don’t want to hear.

When Formula One Management first demonstrated their team radio broadcasts to journalists in 1999 they played audio of Michael Schumacher being told by Ross Brawn how to manage his pace and, at one stage, to hold back from passing another car. Sixteen years on, would banning messages like these satisfy F1’s quest to ‘improve the show’?

‘Save your fuel’, ‘save your tyres’, ‘look after your brakes’, ‘don’t lose time trying to keep him behind’ – these are things which no motor racing fan wants to hear. And the solution is simple: unhook the team radios and force drivers to cope by themselves.

Or, as doing so might raise legitimate safety concerns, expand the list of subjects which engineers are already banned from discussing with their drivers, such as how to alter their racing lines or gear shifts to improve their performance. Even if it doesn’t stop drivers from nursing their cars, at least we won’t have to hear about it.

Do we want to reduce the amount of fuel, tyre and brake saving that goes on, or do we not just want to hear about it? Banning team radio will fix the latter, but not the former, and that is arguably the greater obstacle to good racing in F1.

It would be a shame to lose the insight into drivers which team radio gives us. It lets us hear them when they aren’t in ‘PR mode’ – arguing with their engineers, venting at their rivals, and celebrating their triumphs. Team radio adds far more to F1’s entertainment value than it takes away. Banning or restricting team radio is the same kind of ‘sticking plaster’ thinking which has lumbered F1 with dubious ‘solutions’ like DRS. The amount of fuel saving and tyre saving which goes on in F1 today may be tedious, but banning teams from talking about it isn’t going to make it go away.

I also think there’s something self-serving about journalists arguing for a team radio ban. If fans can no longer hear first-hand how a driver’s race is going, the post-race media coverage suddenly becomes more important.

Instead of banning team radio we should go to the opposite extreme – make all the communications available for everyone to listen to in real-time via an online platform. Let fans choose which drivers they want to listen to and social media will be abuzz with them sharing what they heard.

Ban team radio? That would be the ultimate example of shooting the messenger because you don’t like the message.

Would you change how team radio is today? Do you enjoy hearing it during the races and look forward to the race radio transcripts?

Should team radio be more tightly controlled in F1?

86 comments on “Would banning team radio improve the F1 show?”