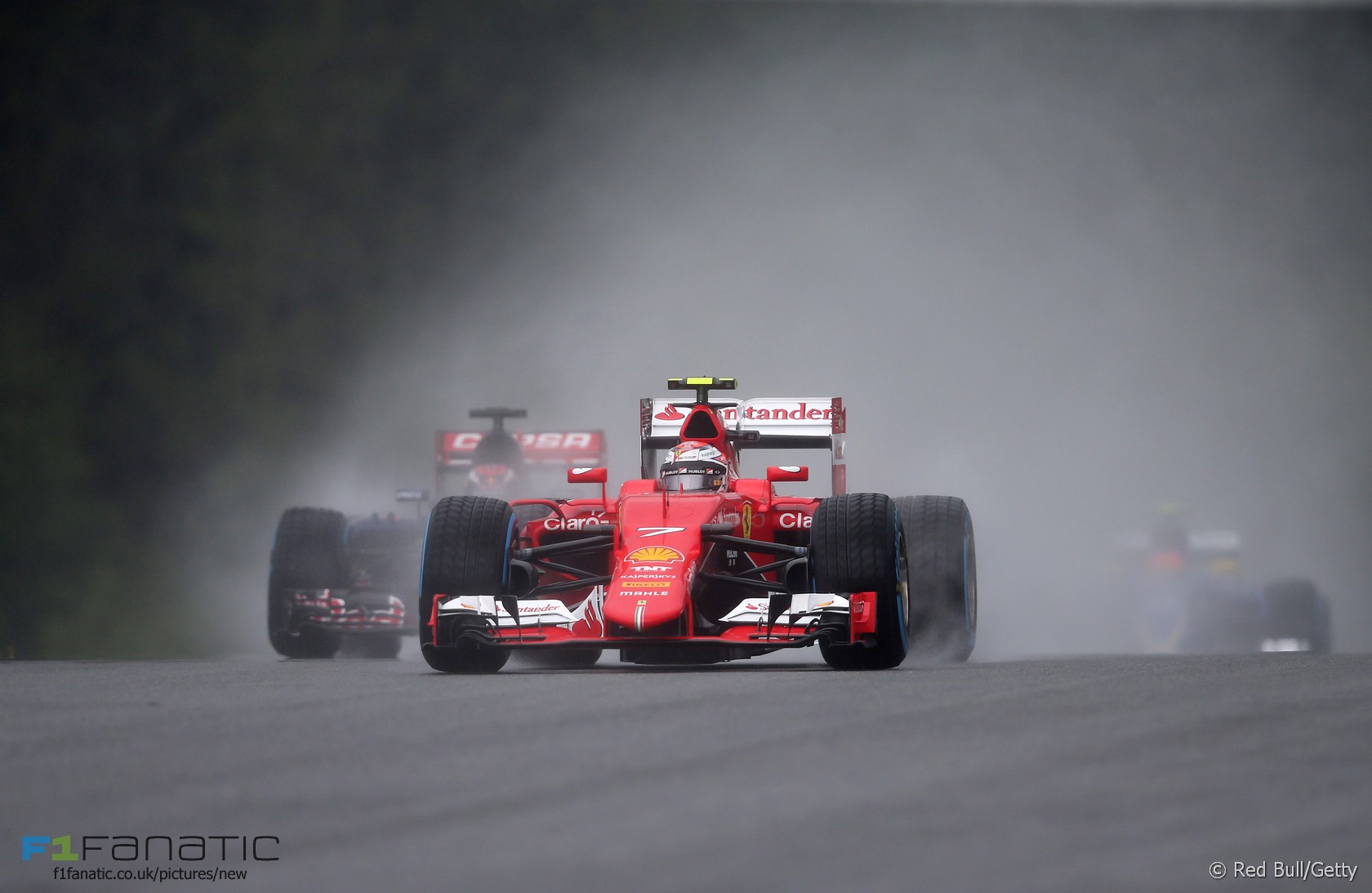 Kimi Raikkonen said his elimination in the first stage of qualifying in Austria was down to being him joining the track too late and not getting the information he needed from the Ferrari pit wall.

Raikkonen ended the first part of qualifying in 18th place, though he will moved up the grid ahead of the start of the race as other drivers take penalties.

“It has been a very bad Saturday,” rued Raikkonen.

“When I went out for my last run in Q1, the team informed me that I could do three timed laps, but then the plan was changed and I did not get the information. Therefore we missed one lap completely and I was knocked out.”

“The point is that I was sent out too late and that cost us a lot,” he added.

Raikkonen said he had been having “a pretty good weekend” until qualifying, and is concerned with staying out of trouble when he starts tomorrow’s race in the thick of the midfield.

“We should have the speed we need, but you never know what happens in the race,” he said. “In the first lap it will be better to stay away of problems because there is a much bigger chance of something happening in the first few corners.”

“There is a long straight, but also two corners which can be tricky if you happen to be in the middle of the pack. Then we’ll try to maximise our result.”