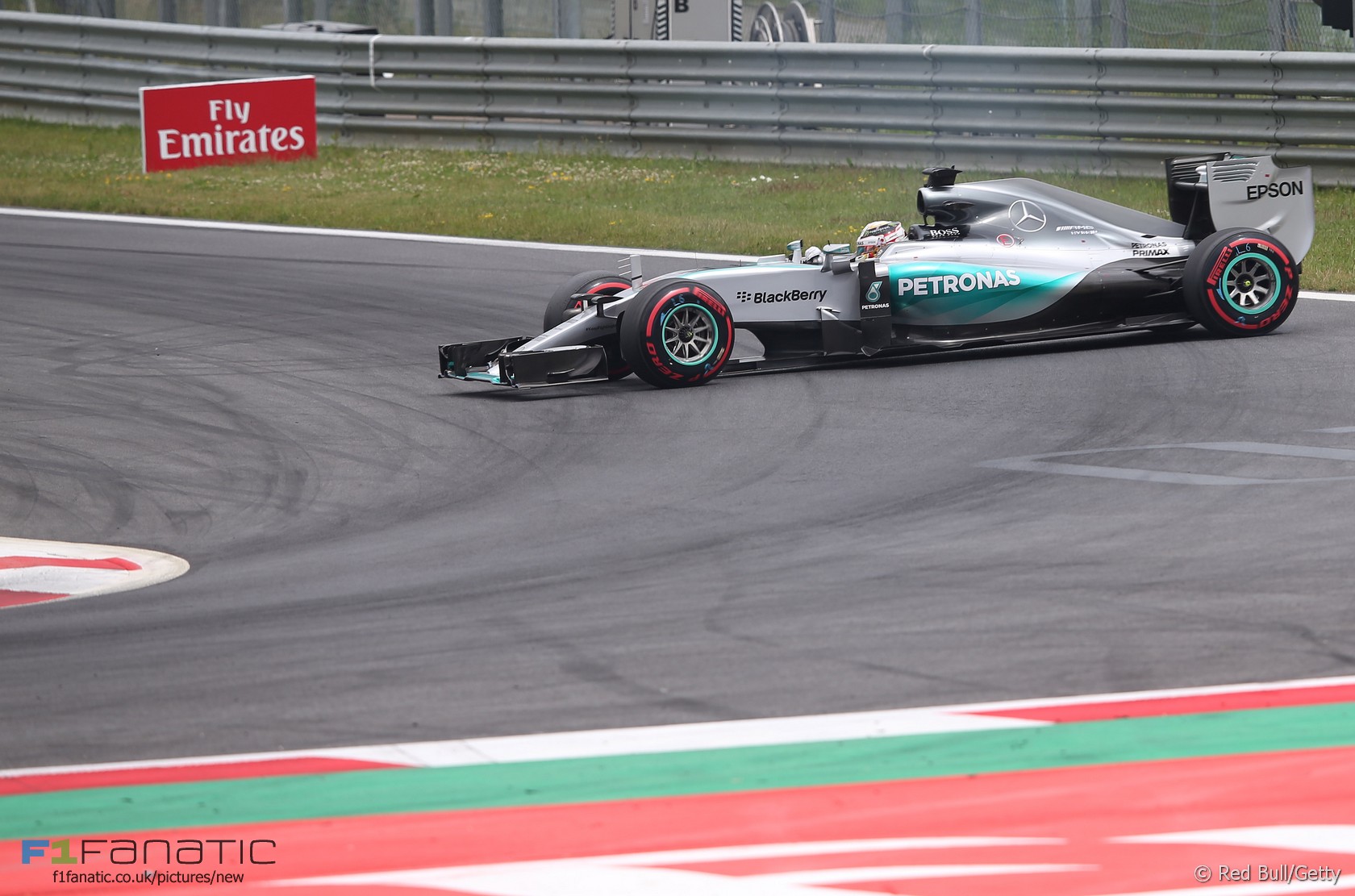 Ten of the best pictures which tell the story of the 2015 Austrian Grand Prix weekend. McLaren had a major aerodynamic update on Fernando Alonso’s car but the Honda power unit remains their biggest cause for concern. Both drivers have components replaced, they amassed 50 grid place penalties between them, and by lap eight both cars were out. It’s been 30 years since the Netherlands last held a round of the world championship, so this crowd of Max Verstappen fans headed to Austria to support their young hero. Nico Hulkenberg had logged around eight hours at the wheel of a Porsche 919 on his way to victory at Le Mans the previous weekend, so a few hours pedalling a Force India VJM08 was not too much to ask. He was in fine form, too – planting the car fifth on the grid in the rain and giving the team their best race result of the season so far with sixth. For the second year in a row there was little cheer for Red Bull at their home race. Daniil Kvyat took his car into the top ten shoot-out, but a ten-place grid penalty confined him to the tail of the field, and a first-lap tangle ruined his race. Despite this spin at the beginning of his final lap, Lewis Hamilton took his seventh pole position from eight attempts this year. A selection of classic F1 cars, mostly eighties turbo era machines, added to the race weekend entertainment. Unfortunately the passage of three decades has not made Pierluigi Martini’s Minardi M187 has not become more reliable. Nico Rosberg out-dragged his team mate to turn one, and spent the next two corners fending Hamilton off. Job done, he was on his way to his third win of the season. McLaren’s reliability woes being what they are, Alonso really didn’t need to be taken out on lap one by Kimi Raikkonen’s flailing Ferrari. Verstappen squeezed past Bottas at the start, but the Williams driver got around him at turn two later in the race. Verstappen had a good run at him out of the corner, but as Bottas had picked up DRS at the previous detection point their fight was over before it had begun. The joy of winning – and having come from behind to beat his team mate – was writ large across Rosberg’s face after he emerged from his Mercedes.