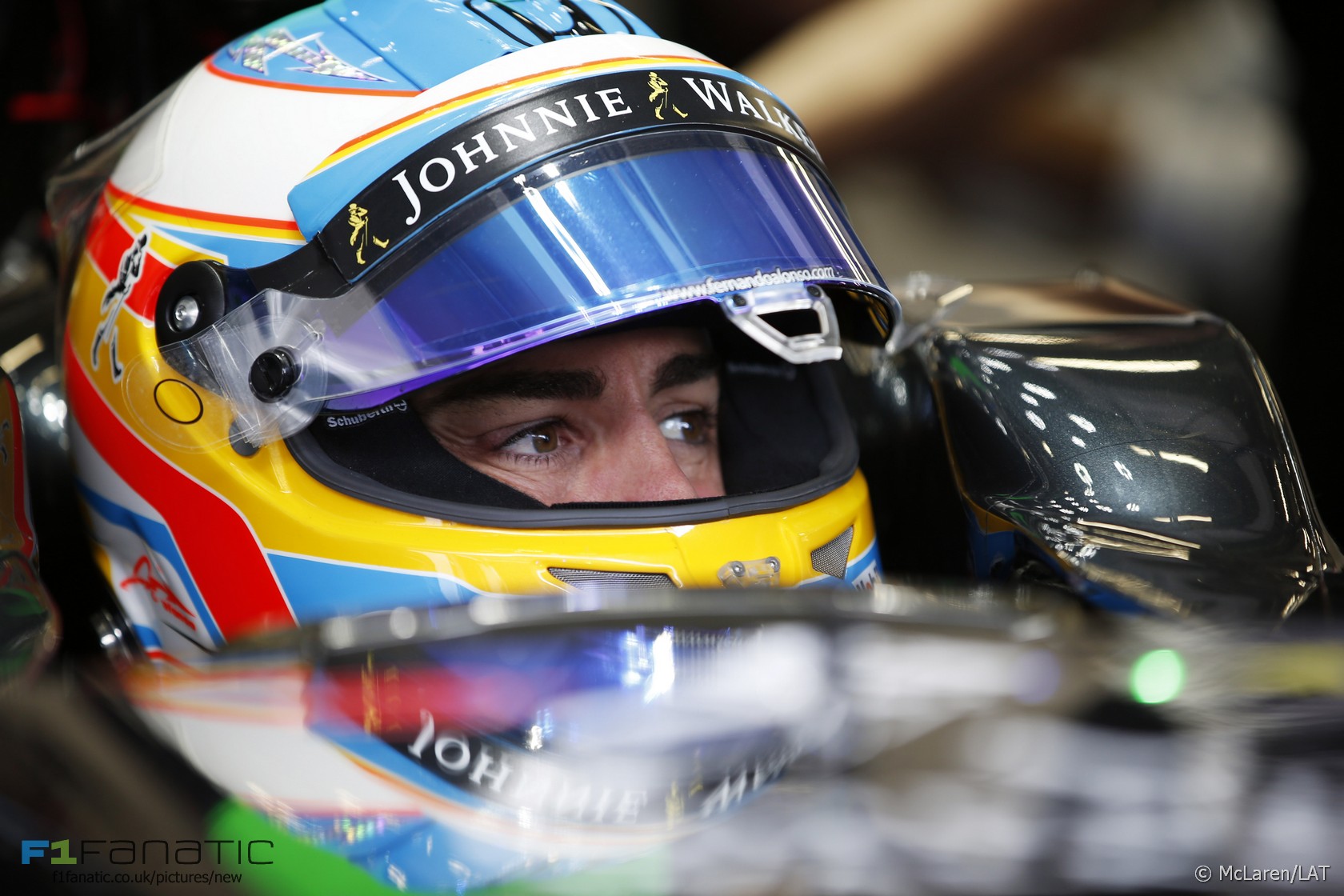 Fernando Alonso may be forced to take further penalties this weekend as McLaren has confirmed he is likely to need another change of engine.

Alonso took a total of 25 grid place penalties at the Austrian Grand Prix due to power unit and gearbox changes. However his team has confirmed the new unit sustained damage when he and Kimi Raikkonen collided on the opening lap of the race.

“We believe that Fernando’s power unit has sustained damage from the accident and it may be necessary to change the engine,” said Honda’s senior managing officer Yasuhisa Arai.

Arai also raised the possibility of Jenson Button also needing another engine and taking further penalties at his home race.

“As for Jenson’s power unit this weekend, the issue is still under investigation,” he said, confirming a “sensor failure” ended Button’s race in Austria. Button was also penalised 25 grid places at the race.

“Honda is not looking to put any hardware updates in place for the British Grand Prix,” Arai added, “but we will optimise the power unit setting to the updated aero parts planned on the chassis.”

65 comments on “Another grid penalty likely for Alonso after crash”