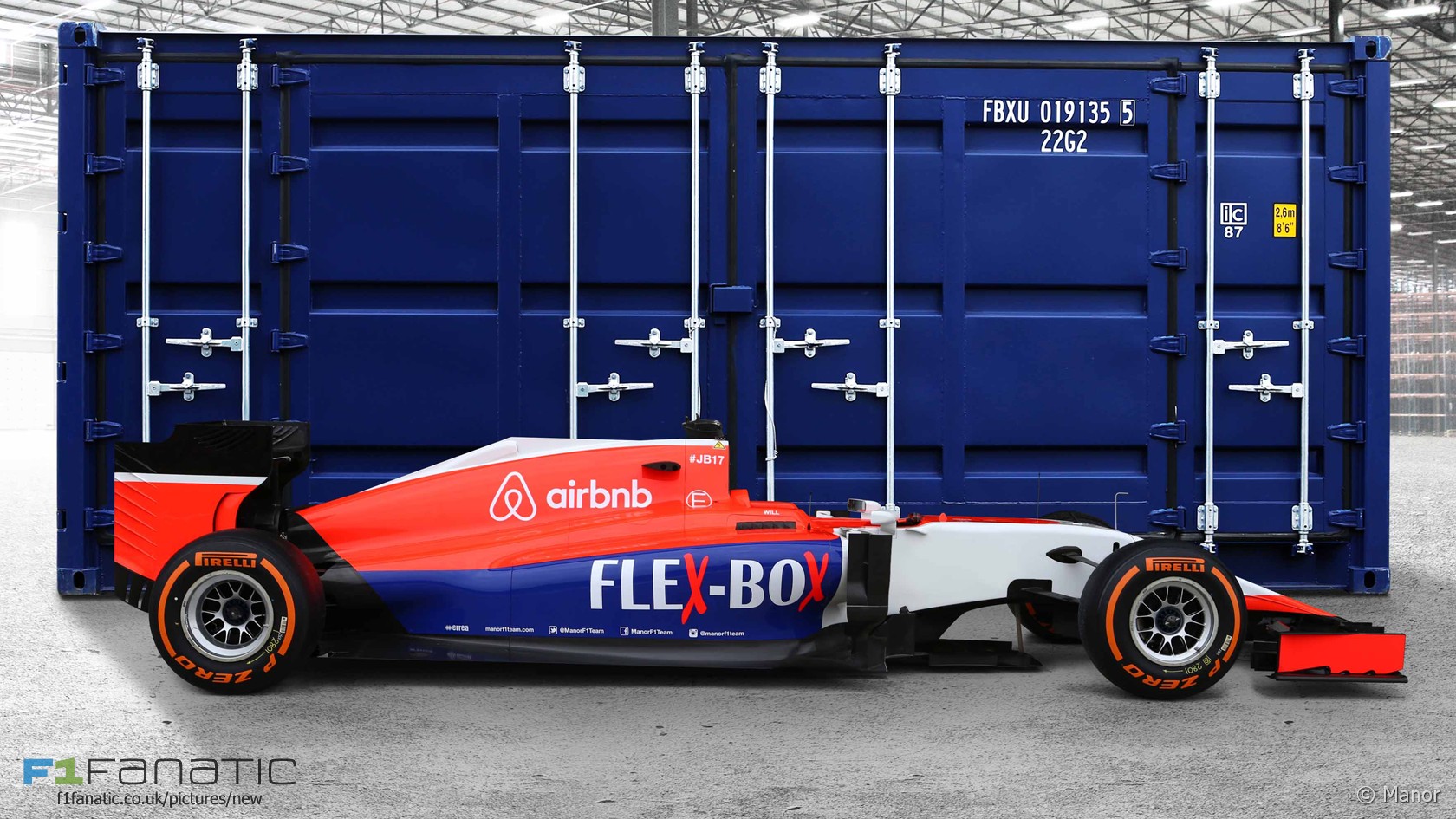 Manor has revised its livery after announcing a deal with a new sponsor.

The team will run with the logos of shipping containers company Flex-Box on its sidepods from this weekend’s race, and will now have blue colouring on the side of its cars.

“This is our second partnership announcement in just a few weeks,” said team principal John Booth, “so these are exciting times in our team’s development”.