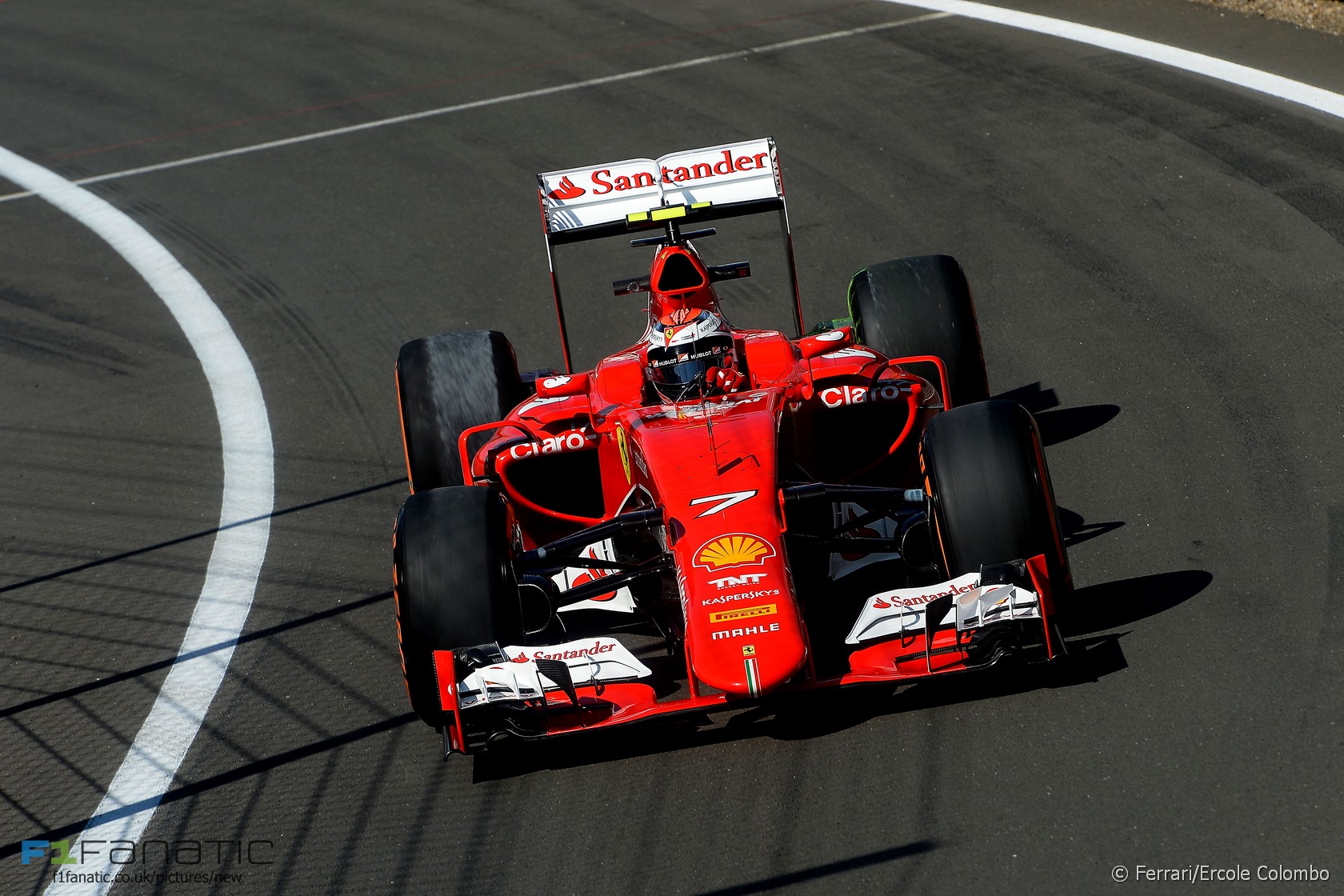 An unusually hot day at Silverstone left drivers struggling to get to grips with the track. And with race day set to be much cooler, the competitive order we saw today is likely to be shaken up.

Beneath a sunny sky the Silverstone asphalt exceeded 45C as the second practice session began this afternoon. This is substantially higher than average – in the past ten years, the nearest maximum track temperature seen in a race at Silverstone was 39C in 2006.

This goes some way towards explaining why so many drivers were complaining about their car balance at the beginning of the session. That and the gusty Silverstone winds caught a few drivers out, particularly as they switched from left to right between Brooklands and Luffield, where Fernando Alonso, Romain Grosjean and Roberto Merhi were all caught out.

But overnight rain is expected to reset the track surface overnight, and after that cooler temperatures and overcast conditions should keep it from getting anywhere near today’s peak. That may leave several drivers chasing their set-ups ahead of the pivotal qualifying session.

That will give some consolation to Lewis Hamilton as he found himself almost half a second off team mate Nico Rosberg in the second session. However he was one of only two drivers who failed to improve his time after switching to the softer medium tyre, so his run in final practice tomorrow will take on added importance.

Hamilton was behind both the Ferrari drivers in second practice. Following Maurizio Arrivabene’s complaints about his team’s ‘fake’ Friday performance in Austria, if his drivers stay as close to the pace as they were today then we may finally see them get back in the mix with the Mercedes drivers. In the midfield battle it’s an important weekend for Force India as they have finally brought their ‘true’ VJM08. The car features heavily revised aerodynamics including an unique nose featuring a pair of ‘nostrils’ and a more tightly sculpted engine cover.

Nico Hulkenberg was solidly inside the top ten, and although Sergio Perez was around a second off his team mate he believes the team is off to a “very positive start” with the ‘B-spec’ car.

“I feel we have definitely taken a step forward,” he said. “It is always a complex task to learn about all the new parts in just a couple of sessions, but by the last run of the session, I was feeling comfortable, and that’s promising for the race.”

However Perez admitted the biggest challenge for the team will be working out which route to go with their set-up with their little-tested car. “Qualifying will be interesting because there are many directions in which we can go and we’ll need to choose the right one.”