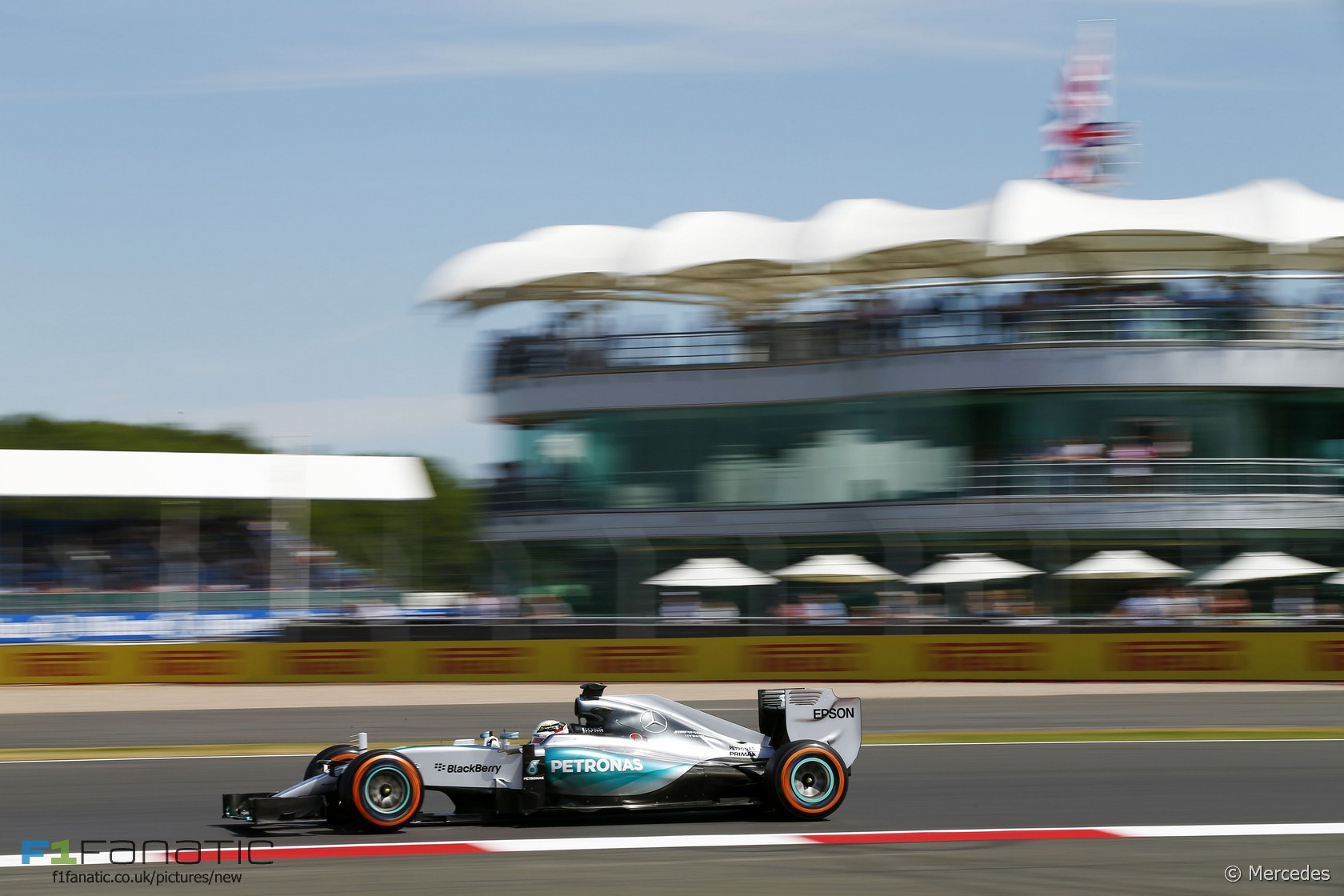 Lewis Hamilton says he is pleased to have switched back to an earlier version of Mercedes’ clutch having blamed a newer one for poor starts in recent races.

Hamilton started from pole position at the last race in Austria but was immediately passed by team mate Nico Rosberg. Hamilton said he had been unable to make good starts with the new clutch, and has reverted to the old one this weekend.

“I’ve gone back on clutch set-up which feels really good so far,” said Hamilton, “just like it did in the first few races.”

Hamilton said his first day of practice was “not perfect” after ending second practice almost half a second off his team mate. “We’ve got some work to do overnight but the pace is decent,” he said.

“I didn’t have the ideal balance on the long runs and I’ve got a bit of work to do on set-up. But otherwise it’s all been good.

“The tyres feel strong – it doesn’t take too long to warm them up which is a positive.”

“Saying that, Ferrari look strong again here and they were right there with us today,” he added, “so it should be a good battle.”

“Hopefully we’ll find a bit more tomorrow otherwise we could find ourselves in trouble.”

7 comments on “Hamilton pleased to switch back to old clutch”