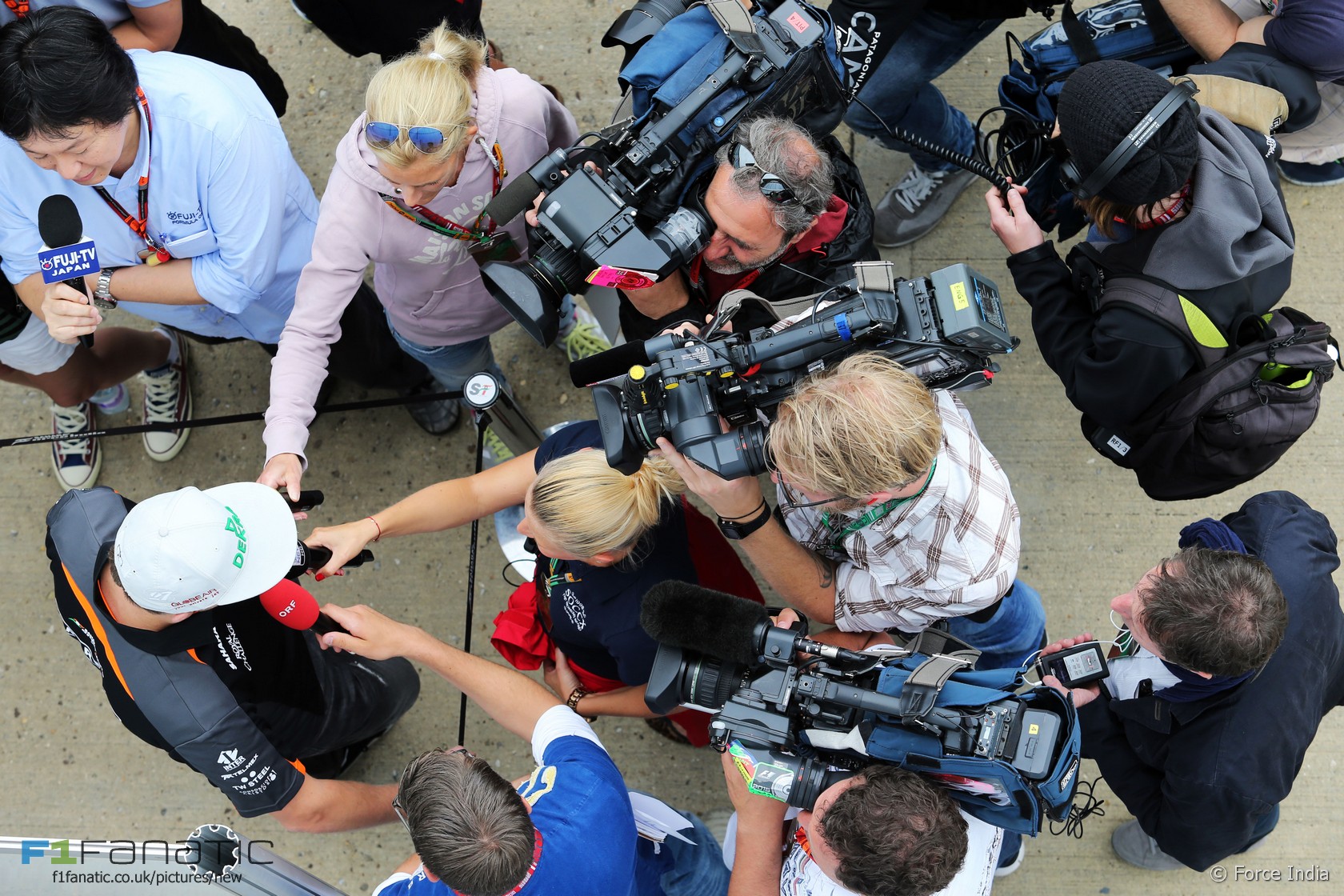 The role of the media’s coverage of Formula One became a point of debate in today’s press conference involving team representatives.

“I think the negativity does come from the press, I honestly do,” said Carter. “I think he reacts to what is written in the press.”

“Bernie tries to encourage the sport, he tries to make the sport be more appealing to the fans, the fans read what you guys write. The fans listen to what Bernie says, I agree, but ultimately they will read your stories and if your stories are negative, they’ll read those and they won’t read the positive.”

“The negativity that we talk about is negativity in terms of what we achieve as a sport and what we are as a sport,” he continued. “And I think there is… that negativity tends to come from the press. I don’t think we do enough of bigging up what we do achieve.”

“I think it’s easier to looks at the negatives, it’s probably easier for you to write stories about the negatives as opposed to the positives.”

Force India co-owner Vijay Mallya pointed out it was possible for the media to interpret Mercedes’ current domination two different ways. “Either they can say the sport is very boring because the two Mercedes cars are quicker than everybody else by miles,” he said, “Or they can say ‘wow, Mercedes did a fantastic job’.”

“It is a question of the media’s option in how to present it.”

However Mallya believes the negative atmosphere around Formula One “will be removed” if the sport is “made sustainable for all participants”.

“I believe that all the positives of Formula One as a sport will be given more prominence if the fundamental issue which everybody is speculating about – I’m sure many of us get asked this all the time – about ‘are you going to be around next year?’ This is a burning issue which teams themselves discuss at every possible opportunity and every possible meeting, whether inside the Strategy Group or outside.”

“If the stability of all participants in Formula One is addressed as a matter of priority, we’ll have more exciting racing and we’ll get a lot more positive media.”

45 comments on “Media blamed for spreading ‘negativity’ about F1”