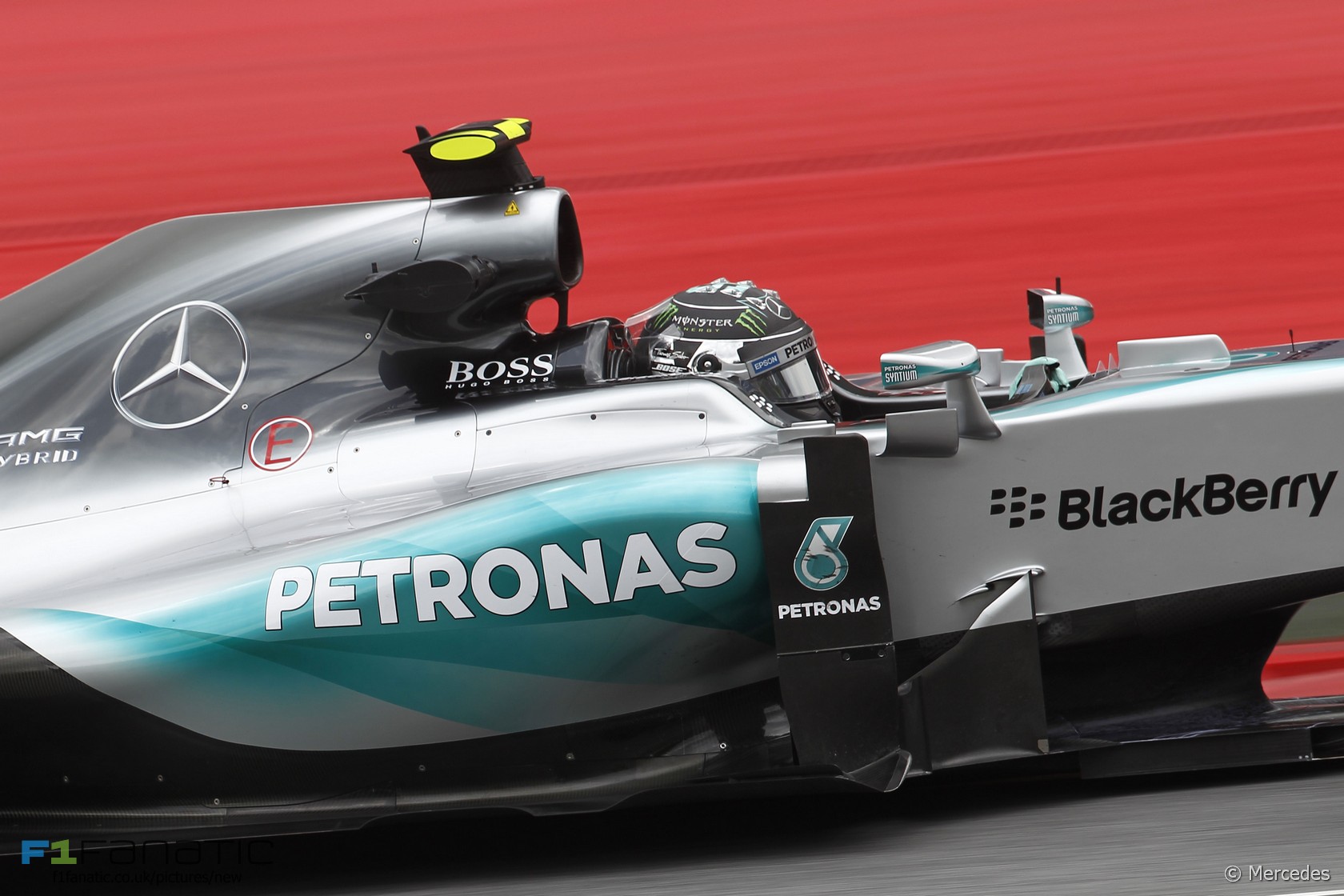 The stewards are investigating whether Mercedes broke the rules by covering Nico Rosberg’s car when it was brought back to the pits during first practice.

Rosberg came to a stop with a hydraulic fault during the first half hour of the session. Afterwards the stewards noted the team “covered the underside, rear diffuser area and the front wing” while bringing it back.

Formula One technical delegate Jo Bauer directed the stewards’ attention to this he considers it a breach of the Sporting Regulations.

Article 27.4 states: “During the entire event, no screen, cover or other obstruction which in any way obscures any part of a car will be allowed at any time in the paddock, garages, pit lane or grid, unless it is clear any such covers are needed solely for mechanical reasons, which could, for example, include protecting against fire.”

While the article does note that covers are allowed to be “placed over damaged cars or components”, according to Bauer “the car hadn’t suffered any kind of accident damage” and therefore “this in my opinion is a breach of article 27.4”.