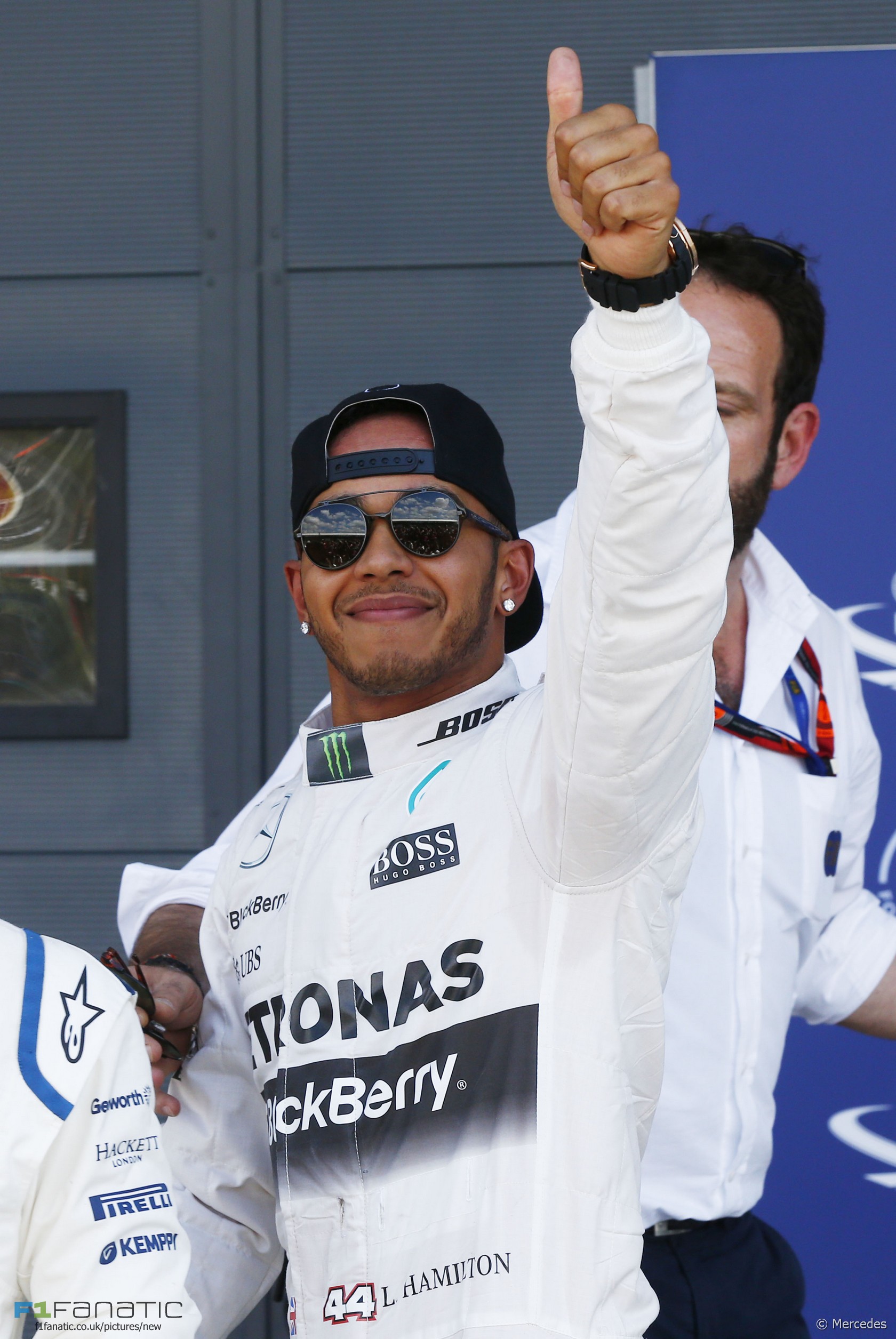 Lewis Hamilton revealed he made a change to his car’s set-up during qualifying which he expects will pay off during the race.

After a Hamilton took his eighth pole position of the season so far but said afterwards he also made some tweaks to his car for the race.

“Generally it’s not been the smoothest of weekend,” said Hamilton, who had half a second off team mate Nico Rosberg in second practice, “it’s been a bit up and down in terms of set-up and balance and getting laps.”

“And throughout qualifying I made a change to the car going into qualifying which was perhaps not spectacular for quali lap but hopefully will be good for the race.”

Rosberg was quickest in Q2 but Hamilton’s first run in Q3 proved good enuogh for pole position. “I’m really happy that once I got to Q3 I could just go all out and get that lap in,” he said.