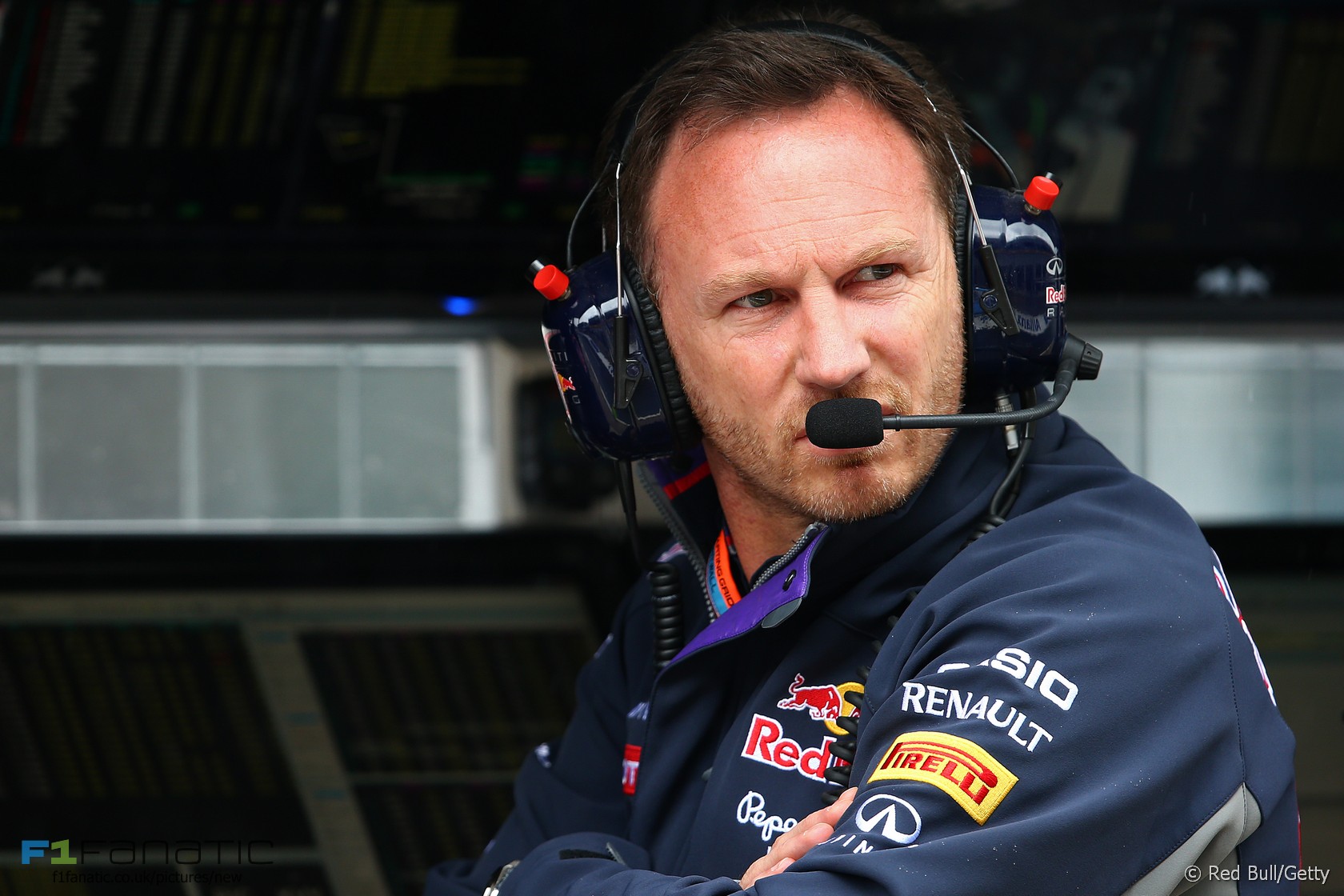 In the round-up: Christian Horner says this British Grand Prix shows Formula One needs to be less predictable.

"It's very difficult to expect bold calls and, probably, Valtteri would have built a gap if they had let him go."

Jenson Button - will he stay at McLaren? (The Telegraph)

"Dennis is correct to say Button has a two-year deal, but like almost all Formula One contracts, it is not a straight two years. It is what’s known as a 'one plus one', whereby the team decide whether they would like Button to stay beyond the first year. Crucially, the ball is in the team’s court."

Jenson Button has no guarantees over 2016 McLaren seat (BBC)

"It is fair to say that when McLaren signed Button for this season they had very little intention of him staying into 2016. In fact, Dennis did not even want him for this year."

"Sainz has confirmed the car's handling characteristics are very different at the start with 100kg of fuel on board compared to when it is even at least 20kg lighter."

Marussia ‘over the moon’ with Stevens and Merhi (F1)

"We threw two rookies in with no pre-season testing and missing the first race altogether, and just to expect them to perform - which they have done - they’ve done an outstanding job."

"How likely is Aston Martin to return to F1, even as only a name on an engine cover? When asked about it at the British Grand Prix, Aston boss Andy Palmer said, 'If something drops into our lap and if suddenly those stars align, would I consider it? Yes.'"

"Silverstone 2015 was a turning point for F1; the bottom of the curve for the naysayers and doom-mongers."

@f1fanatic_co_uk I managed to snap this on the other side – https://t.co/6ywOQFO3Zy

"I want to meet The Wizard who does all the tricks in @F1," said Sidhu Junior. #Silverstone #BritishGP #F12015 pic.twitter.com/YfWesq7MnG A view on Hamilton’s pit call from someone who was watching near the pit entrance:

I was at Vale. The rain macs and umbrellas were coming out about a minute before Hamilton pitted and the clouds were getting darker behind us. It has been raining lightly for about ten minutes there.

Hamilton could see it and so did Vettel. I didn’t realise it was raining at the other end of the circuit as the sky seemed light so was a little confused why they pitted at the time.
Stephen

Ivan Capelli came close to taking a shock win for Leyton House in the French Grand Prix on this day 25 years ago, despite both the team’s cars having failed to qualify for the previous race.

He had taken the lead by declining to make a pit stop while the other front runners did. However Alain Prost claimed the win when Capelli slowed with a technical problem. Ayrton Senna took third behind Capelli.