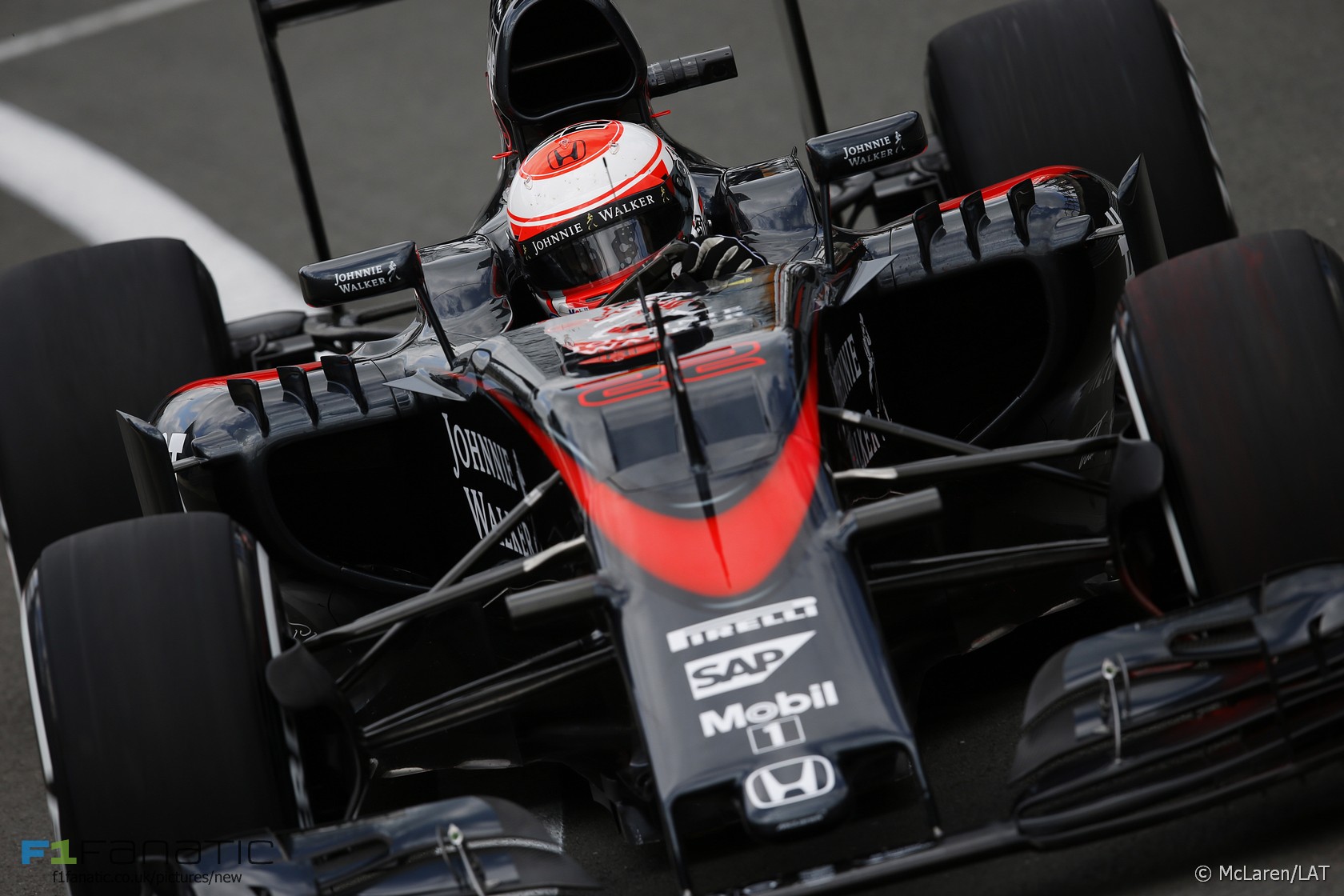 McLaren has taken advantage of a new rule which allows them to use an extra power unit element without incurring a penalty.

Engine manufacturer Honda has been given permission to use five new power unit elements during its first season. This rules change came into effect after Jenson Button and Fernando Alonso had already taken penalties in Canada and Austria for changing power unit components.

The pair will each use a new engine (ICE), turbocharger, MGU-K and MHU-H this weekend. Alonso will also have new control electronics on his car. None of these changes will incur a penalty.

Manor has also changed much of Roberto Merhi’s power unit. He will have a new Ferrari engine, turbo and MGU-H this weekend.

This table shows how many power unit elements each driver has used so far: