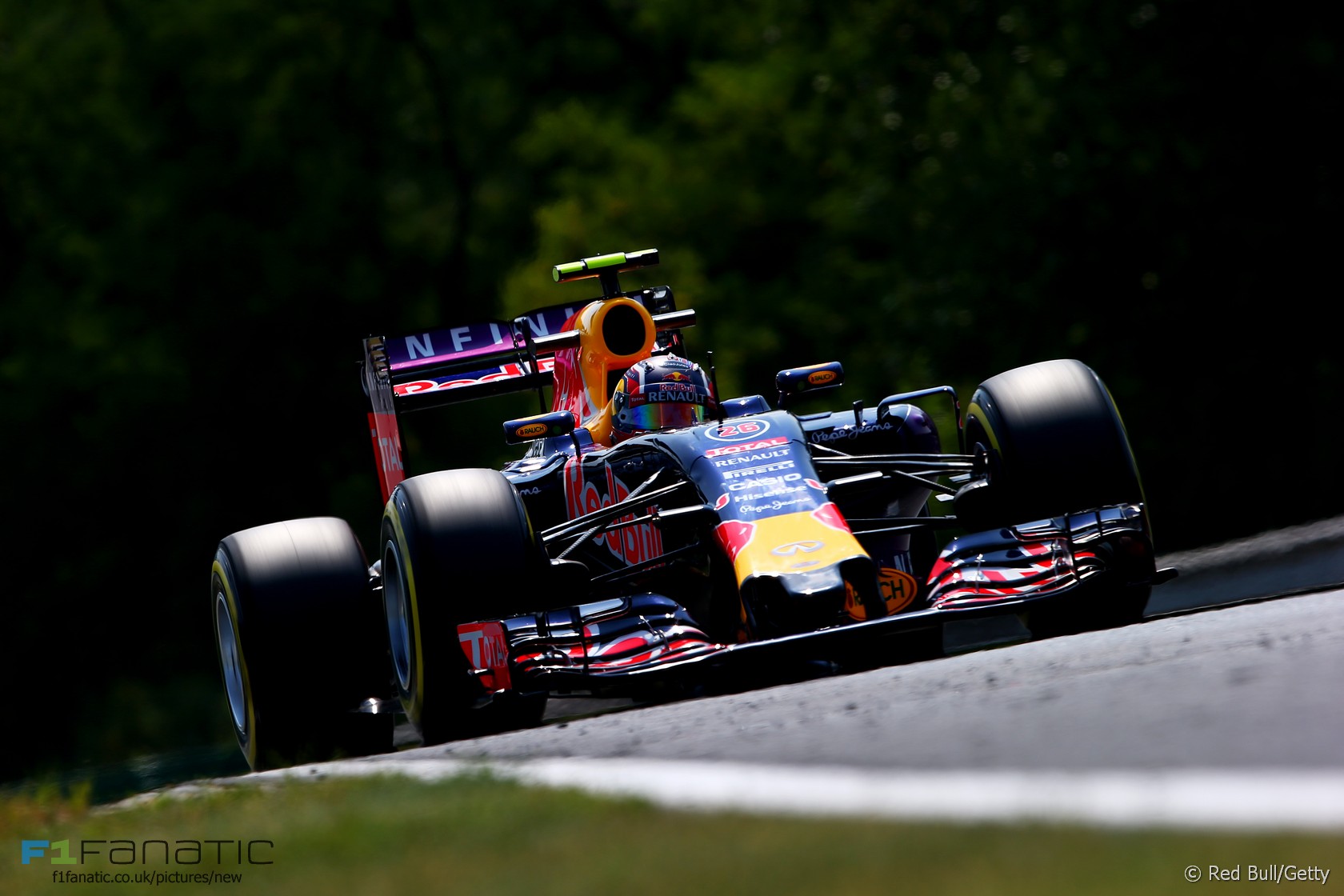 Red Bull arrived at the Hungaroring hoping that the twisty track configuration would help mitigate the disadvantage of their power unit.

Friday’s running gave them cause for optimism, as both drivers were in the top three at the end of the day, within half a second of Lewis Hamilton’s Mercedes.

However team principal Christian Horner says it’s not the silver cars Red Bull have in their sights. “As long as it all holds together then hopefully we should be in a reasonable position to hopefully challenge Williams and Ferrari ahead.”

Horner is well aware that Williams in particular tend to run higher fuel loads on Friday, so they may turn out to be more competitive tomorrow.

“Fridays are somewhat masked by fuel loads and engine modes and so on so it’s difficult to get a truly clear picture,” he said.

“But our expectation coming into the weekend was that this would be a circuit that would hopefully present an opportunity for us and both drivers have been pretty happy with the car on short and long runs.”

Daniel Ricciardo didn’t have an entirely smooth day – his car stopped with an engine problem towards the end of second practice. Nonetheless he said the RB11 “felt good”, was better balanced and no major set-up changes were needed.

The same could not be said for Nico Rosberg, who will struggle to take the fight to team mate Lewis Hamilton if he cannot get a hold on the poor balance which left him fourth on Friday.

“Today was a difficult day for me,” he admitted. “I didn’t ever really find the right balance, moving from oversteer to understeer.”

“The long run pace was okay, so I can build on that. But I definitely have some work to do to improve my set-up before tomorrow morning and get some practice in for qualifying during P3.”

Another driver who seemed to be struggling with his car was Sebastian Vettel, who spun twice in second practice which was held in very hot conditions. Temperatures could be even higher tomorrow, nonetheless he played down the significance of his former team’s practice showing. “Concerning Red Bull’s performance, it was a bit expected but it is Friday and you don’t know what people are doing with their fuel loads,” he said. “Still you could see already in Silverstone that they did a step forward.”

“We didn’t get into the rhythm today, now we need to sort out things for tomorrow, then we should have a much smoother weekend.”

Another striking feature of today’s running was the significant jump in performance drivers found after switching from the medium to the soft compound tyre. Some drivers gained more than two seconds. It remains to be seen whether the swing will be as drastic in the cooler conditions currently expected on race day, but as things stand Pirelli expect drivers will need to make two pit stops in the grand prix.

One comment on “Red Bull targeting Williams and Ferrari in Hungary”