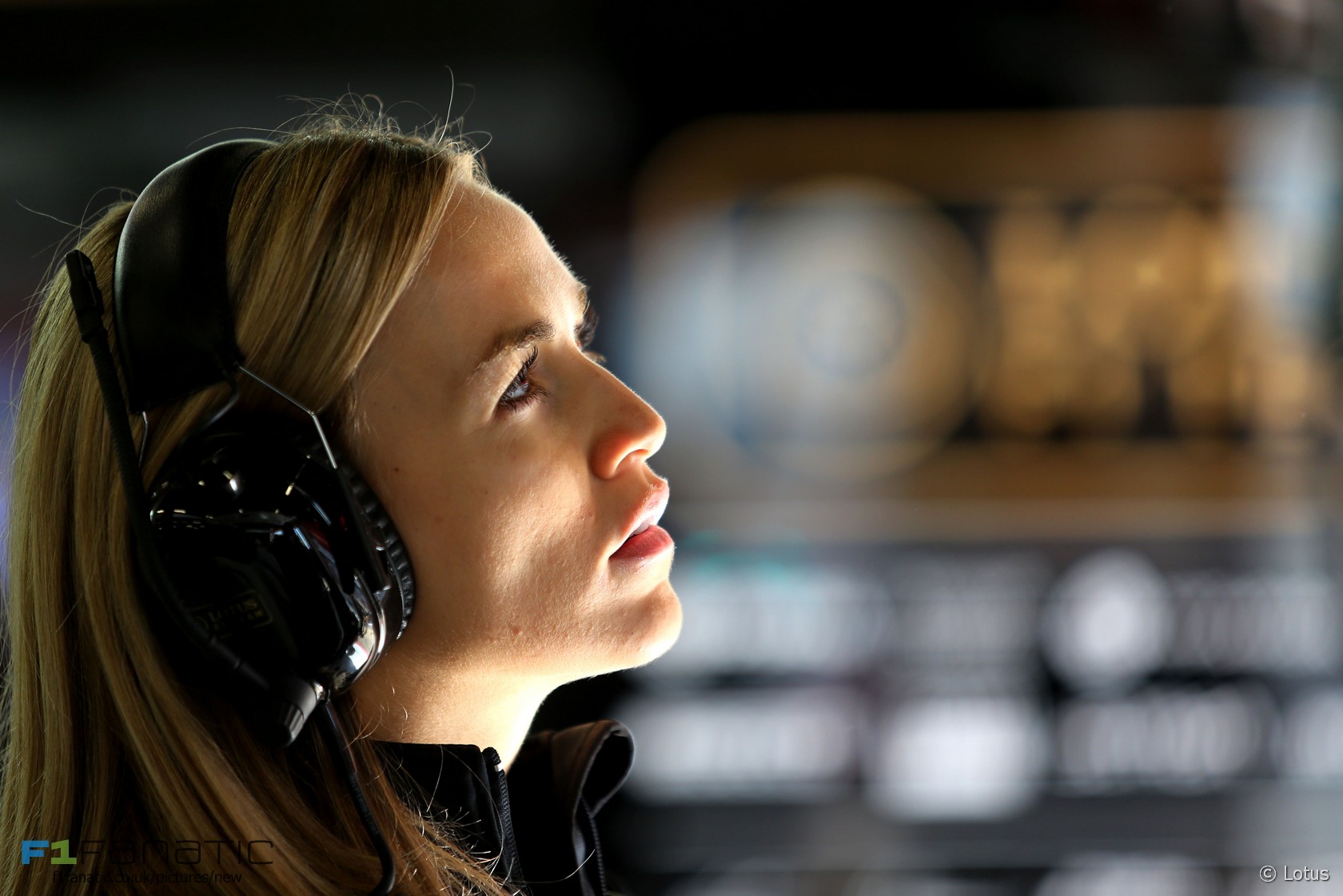 "She is very good. We asked Lotus to see and she has done a good job for them."

"After the summer shutdown our plan is to apply a new (specification) engine using some of our remaining seven tokens."

'We didn't imagine that it would be this hard' - Honda (ESPN)

"We knew it wouldn't be easy, but perhaps we didn't imagine that it would be this hard."

"I grew up doing everything - getting a good or bad start was down to whether you did a good or a bad job. I think it’d be good if it was like that. You see now at a race start that everyone gets away the same, more or less."

Shell: Nothing to hide in Ferrari oil (Autosport)

"We will have to see what happens at Spa because one of our major strengths is the medium and high speed cornering ability of the car, which means we are competitive in those situations and Spa is full of corners like that, but it also has some very long straights, so we will have to see how we go."

Racing was always a fallback…

You’ve seen my verdict on the lowest eight drivers in the mid-season rankings – here’s Uzair’s:

20. Ericsson – Despite being in F1 for a year more than Nasr, Ericsson still hasn’t shown to be the team leader and is losing to the inexperienced Nasr in every aspect. Also has made more mistakes too.
19. Maldonado – He still hasn’t given up his habit of crashing or collecting penalties as if they were sweets, and is losing to Grosjean in every aspect and is much slower.
18. Merhi – His car is terrible, but slightly not as good as Stevens. However, in the last few races he has closed the gap to Stevens performance-wise.
17. Stevens – He is doing a solid job in his bus, and has had the edge on Merhi, especially in the first few races.
16. Perez – Once again, Perez is failing to beat Hulkenberg (who really deserves a top seat, in my opinion), and is very inconsistent, which is the opposite of Hulkenberg.
15. Raikkonen – He really is past it, and needs to retire soon. Vettel is making him look like an amateur. However, he has been very unlucky, especially in Australia and Hungary.
14. Rosberg – 9-1 in qualifying, and 7-3 in the races both in Lewis’s favour really just says it all. Disappointing performance from Rosberg.
13. Nasr – He is showing his more experienced teammate who’s boss at Sauber. Doesn’t say much though, considering that Ericsson is last on my list.
Uzair Syed (@Ultimateuzair)