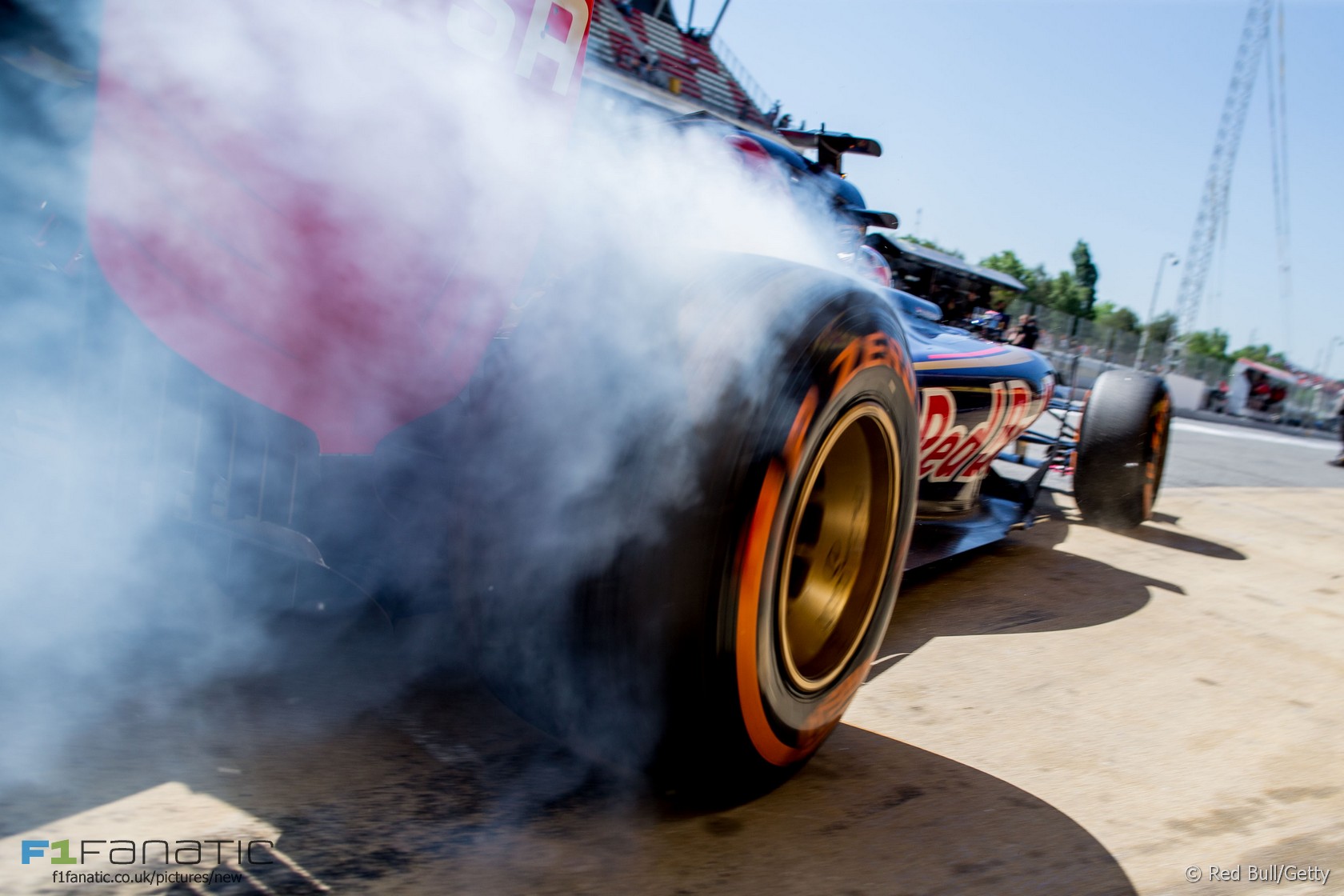 The outcome of a decision which will have a profound effect on the nature of F1 racing between 2017 and 2019 will be made public in the coming weeks.

Pirelli, which has been F1’s official tyre supplier since 2011, and Michelin, which last appeared in F1 in 2006, are vying to become the sole provider of rubber to the world championship after next season.

Michelin’s vision for the future of F1’s tyres is strikingly different from what Pirelli provides today. Which would you prefer to see F1 embrace?

Having successfully bid for the last two tenures as sole F1 tyre supplier from 2011 to 2013, and 2014 to 2016, Pirelli has aligned itself with F1’s current thinking on what sort of tyres are best for the sport and the show.

The 2010 Canadian Grand Prix strongly influenced the brief given to Pirelli when they returned to F1 the following year. The Italian tyre brand were told to produce tyres which would degrade rapidly, and typically require drivers to make two or three pit stops per race.

As well as sticking to this brief, Pirelli has also declared itself content to stick with F1’s antiquated high-profile tyres and tiny 13-inch wheels – a format seldom found on modern road cars.

Michelin has set out two very clear requirements if it is to return to Formula One.

The French manufacturer wants F1 to move away from using tyres which are designed to degrade, and are instead created to allow drivers to drive the car to the limit of its performance for longer.

It also wants F1 to switch to more modern low-profile tyres, trading the current 13-inch wheels for 18-inches or more. This would bring it into line with trends in road car sales, as well as other championships where Michelin supplies tyres, such as the World Endurance Championship and Formula E. It seems to me that since the era of ‘designed to degrade’ tyres began in 2011, teams have increasingly mastered the variables Pirelli have thrown at them. It reminds me of what happened when refuelling was reintroduced in 1994: it caught a few teams out during the first years, but it quickly stopped producing surprises.

This leads me to wonder whether the current tyre philosophy is doing F1 more harm than good. It’s taken the drivers a long time to find their voice on the subject (Mark Webber notwithstanding), but it seems many of them are unhappy at the lengths they are having to go to nurse the current generation of tyres.

Furthermore, F1’s slump in speeds over recent seasons needs addressing, and unlocking more performance from the tyres could be a useful way of doing that without resorting to costly changes in the technical rules.

The question of wheel size is, for me, a purely aesthetic one. The current 13-inch wheels look outdated to me, and I’m sure that if teams had the freedom to pick their wheel sizes they would have already moved to larger wheels for pure performance reasons.

Which tyre supplier do you think has the right philosophy for F1? Cast your vote below and have your say in the comments.

Which tyre manufacturer has the right vision for F1?

134 comments on “Michelin vs Pirelli: Which tyres are right for F1?”