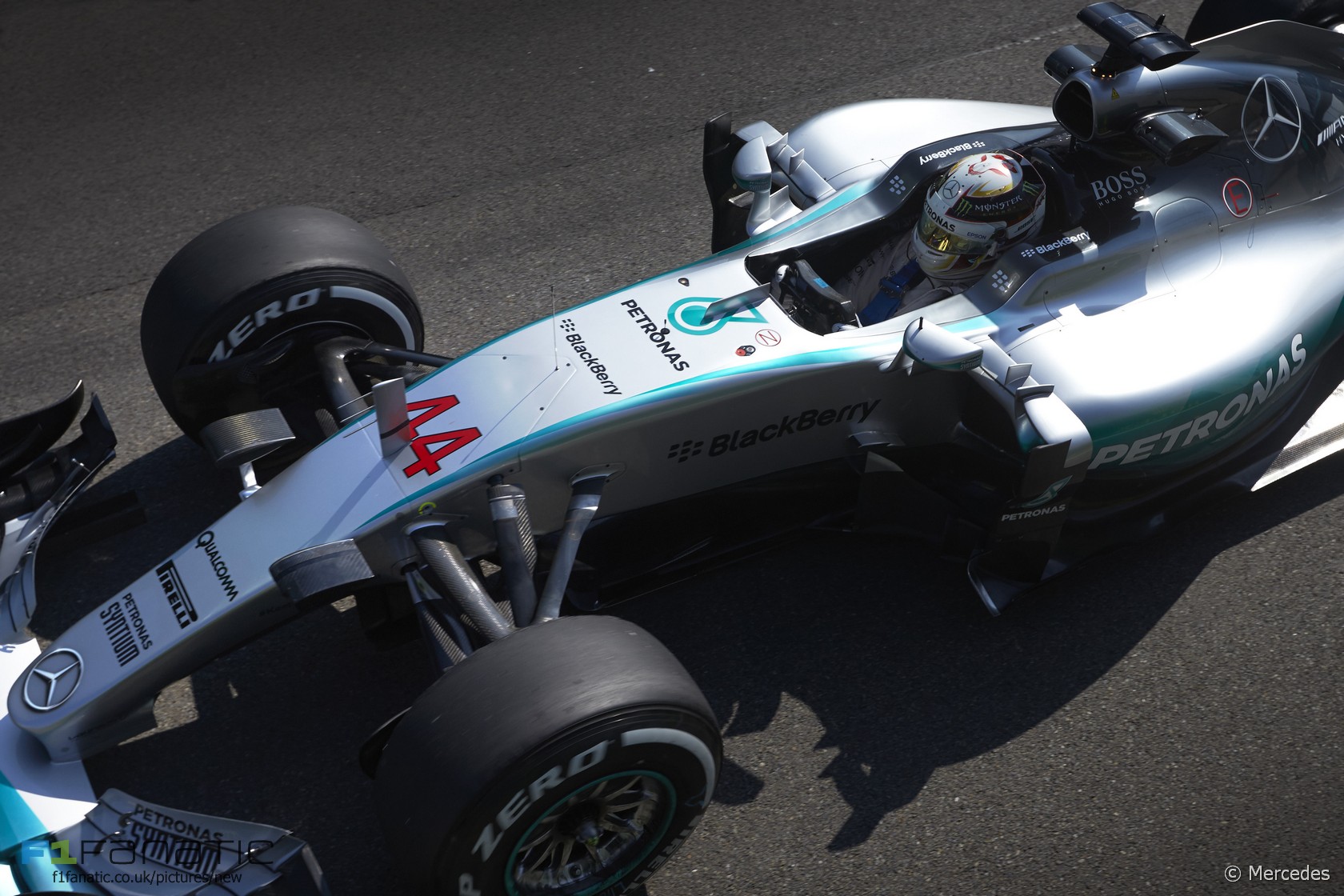 Lewis Hamilton will start from pole position for the sixth race in a row after stunning team mate Nico Rosberg in the final moments of qualifying at Spa-Francorchamps.

Hamilton stormed through the middle sector to grab the top spot by almost half a second.

However it was a session to forget for Ferrari as a technical failure kept Kimi Raikkonen from Q3 and Sebastian Vettel could only manage ninth place.

Valtteri Bottas was the first driver out on track as Q1 began and the last man to secure a place in the next phase. He cut it very fine: having set a rapid pace on the medium tyres at the start of the session he initially tried to get through without having to use the soft rubber.

However as his name quickly slipped down the order Bottas made for the pits at the last possible opportunity to take on a set of the soft tyres. He had just enough time to reel of a lap which got him out of the drop zone.

Bottas made it through at the expense of Felipe Nasr. The Sauber driver had begun the session using the soft tyres but was out-paced by team mate Marcus Ericsson. Max Verstappen was among the bottom five until the final moment of the session, when he escaped the cut despite being hampered by a loss of power.

That left the usual suspects among those who failed to make the cut. Jenson Button’s McLaren was over a second off Nasr despite Honda’s latest engine upgrade. He and team mate Fernando Alonso have a raft of grid penalties to take before tomorrows race, which will likely drop them behind the two Manors.

Mercedes were the only team to get both their drivers into Q2 without using the soft tyres: Hamilton pipped Rosberg by just 15 thousandths of a second when the pair returned to the track for a final run on the medium compound. It stayed nip-and-tuck between their pair of them as Q2 began, Rosberg edging Hamilton by 0.069s on their first run as he became the first driver to lap the track in under 1’48.

However proceedings were interrupted moments later when Kimi Raikkonen’s Ferrari came to a stop at the exit of Stavelot. “Something broke” he reported as the Ferrari coasted to a halt with a loss of oil pressure. During the interruption Toro Rosso told Verstappen he’d be unable to take any further part in the session due to his worsening car problem.

The session resumed with eight minutes to spare but the remaining drivers waited until the clock had almost run out before leaving the pits to set their times at the last possible moment. Sebastian Vettel, who was among those yet to set a time, secured third place with his first run but it was very close behind him.

Nico Hulkenberg’s best effort was just 0.36 seconds slower than Vettel’s – yet the Force India driver was eliminated. Carlos Sainz Jnr pipped him to the final place in the top ten, leaving Hulkenberg the only Mercedes-powered driver on the sidelines during the pole position shoot-out.

The finely-poised battle between the Mercedes drivers changed dramatically when the crunch time came. Hamilton played his full hand, unleashing a stunning turn of speed in the middle part of the lap, and Rosberg had no response.

Hamilton was almost half a second quicker through the winding curves in the middle of the lap at Spa-Francorchamps, and duly secured his third pole position at the track.

He headed a sweep of the top five places by Mercedes-powered cars, though the Williams of Bottas was a distant third, over 1.3 seconds slower. Next came Romain Grosjean’s Lotus – though he will be relegated by a gearbox change penalty – and Sergio Perez’s Force India.

However the biggest surprise of the session came from Vettel, who could only manage ninth in his Ferrari.