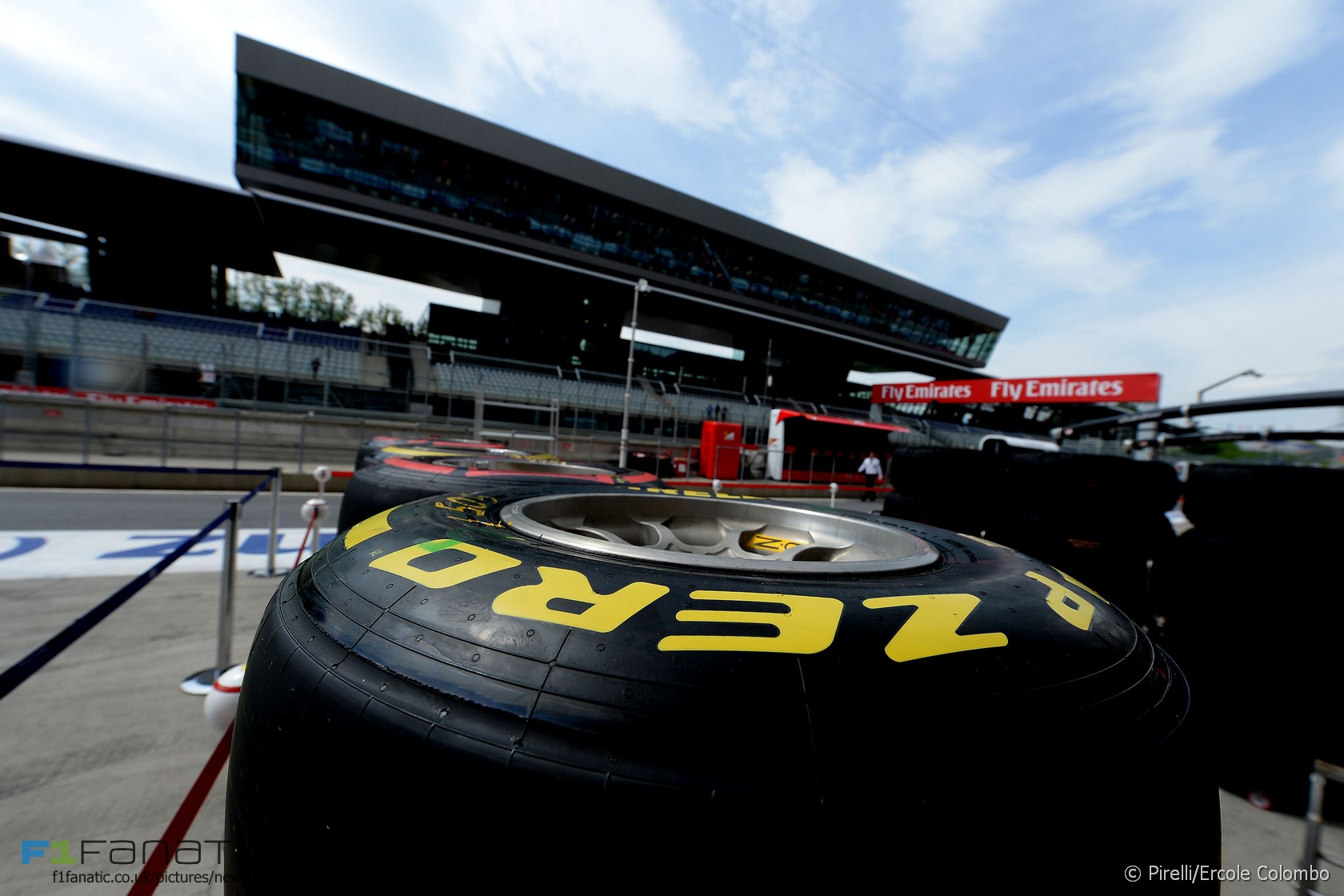 F1’s official tyre manufacturer said drivers should have been given a maximum number of laps they were allowed to run on its tyres during today’s race, as it requested at the end of 2013.

“In November 2013, Pirelli requested that there should be rules to govern the maximum number of laps that can be driven on the same set of tyres, among other parameters to do with correct tyre usage,” said the statement. “This request was not accepted.”

“The proposal put forward a maximum distance equivalent to 50% of the grand prix distance for the prime tyre and 30% for the option. These conditions, if applied today at Spa, would have limited the maximum number of laps on the medium compound to 22.”