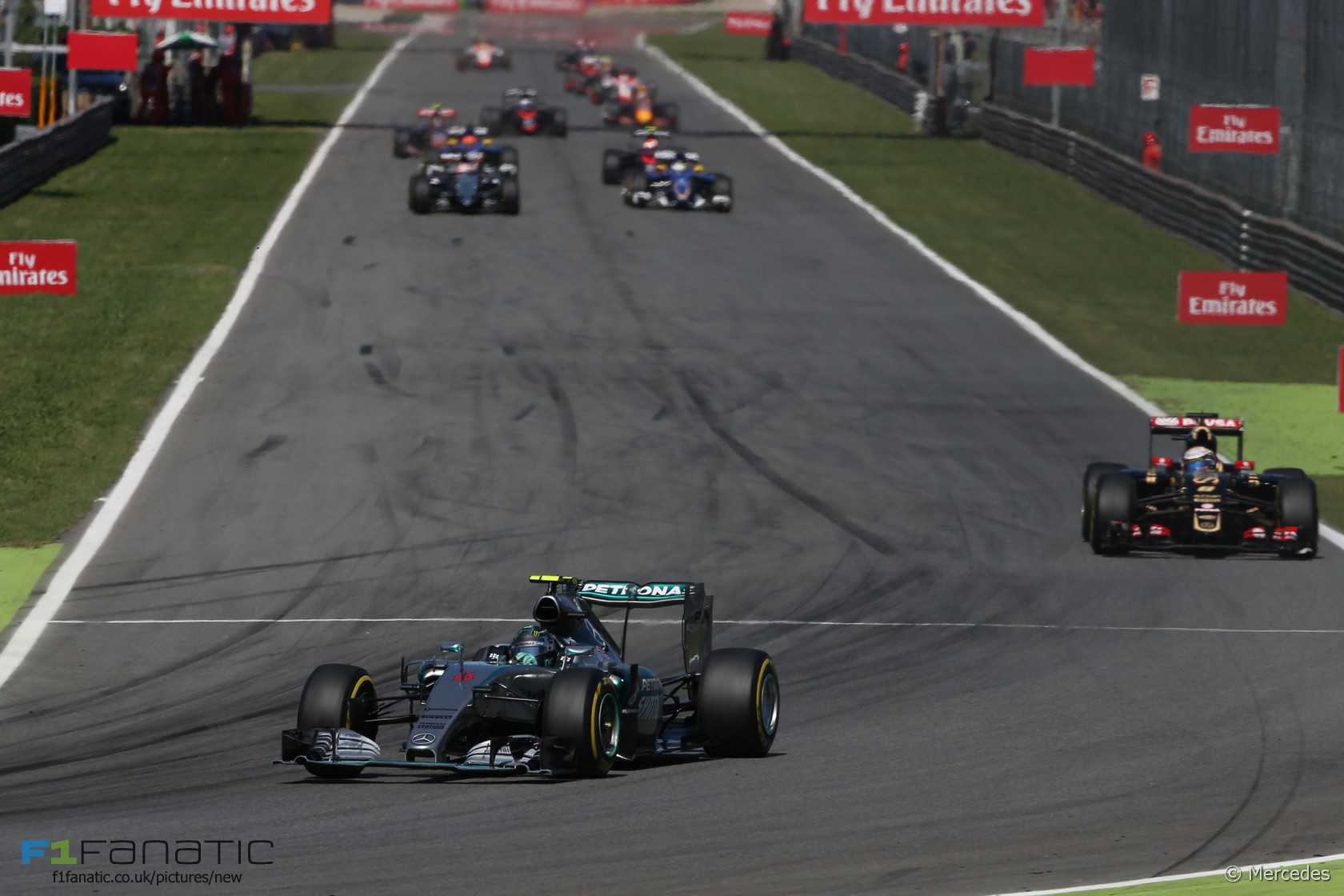 At their home race Ferrari ran Mercedes closer than expected for pole position, but normal service resumed in the race.

Sebastian Vettel and Kimi Raikkonen got within three-tenths of a second of Lewis Hamilton in qualifying, and displaced the other Mercedes of Nico Rosberg, having been more than twice as far behind on Friday.

However in the race Hamilton had much the same pace advantage over Vettel he had enjoyed on Friday. In the closing stages of the race Hamilton was told to up his pace as Mercedes feared they might receive a time penalty for a tyre pressure infringement, and he produced the fastest time of the day five laps from home.

17 comments on “Mercedes restore their pace advantage in the race”