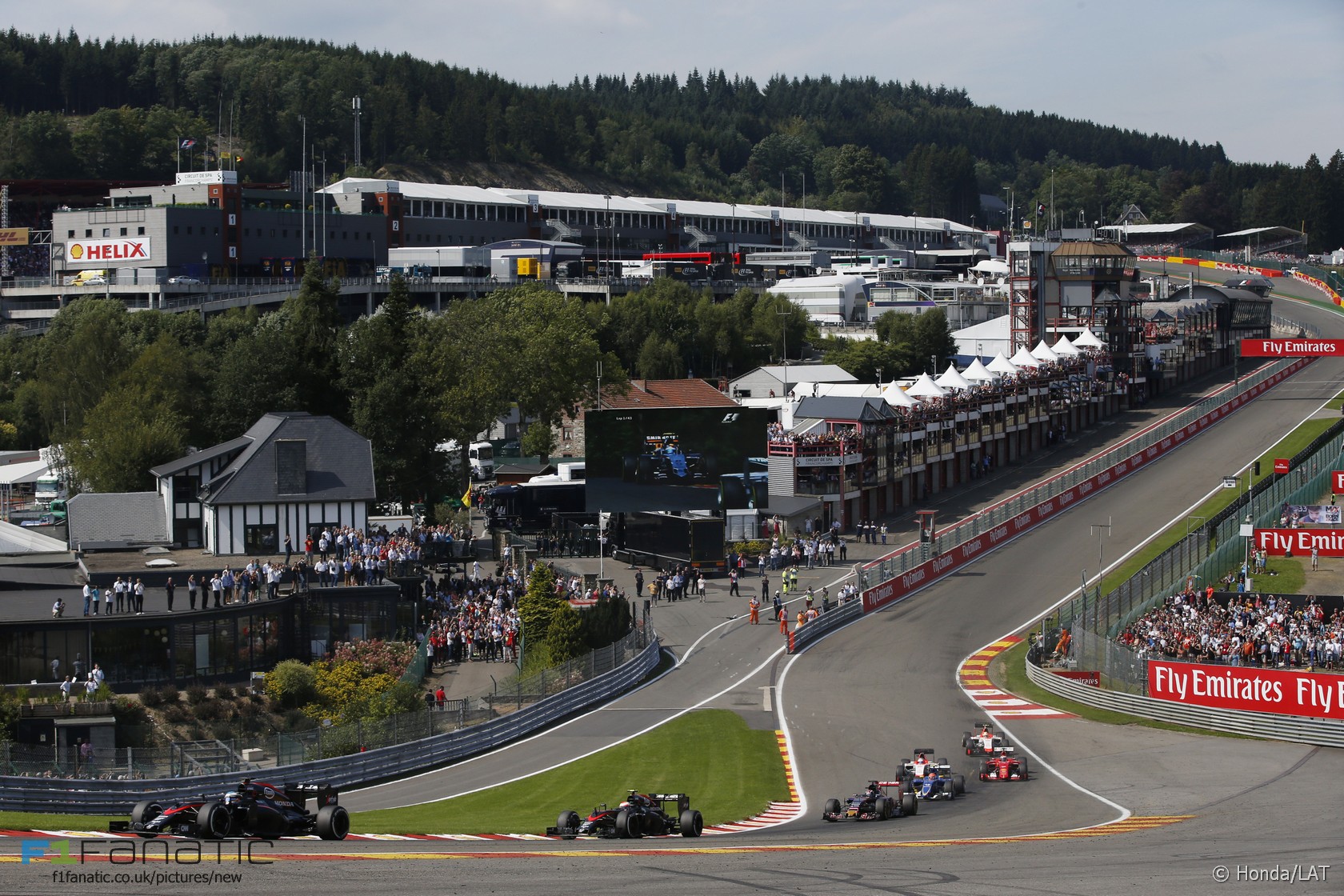 The track safety representative at Spa-Francorchamps has responded to Pirelli’s claim that the spate of tyre failures seen during the F1 race weekend was caused by the amount of debris on the circuit.

According to Pirelli “an anomalous amount of detritus on the track in Spa” caused a large number of cuts and contributed to Sebastian Vettel’s blow-out on the penultimate lap of the race.

“Pirelli suffers from their tyre problems,” Aerts told F1 Fanatic. “In fact, in the supporting races there were no troubles. In fact, the FIA is controlling in the morning and midday the track. Also the [Safety Car] drivers and Medical [Car] drivers are reporting.”

“Each morning with a track day or a racing day, the track is fully clean,” Aerts added. “The track is always in a good shape. The marshals are also cleaning if necessary on the spot of an incident.”

F1 race director Charlie Whiting has the option of using a track brushing machine during Safety Car periods at Spa. According to Aerts the device is already used during World Endurance Championship events but, he said, “until now it wasn’t used with a Safety Car” in F1.

However Aerts believes the problems Pirelli experienced at Spa was related to the drivers going beyond the boundaries of the circuit.

“If the drivers respect the track limits – between the white lines – there’s no problem,” Aerts added. “Probably, if you go to far on or even over the kerbs, there’s a possibility to get tyre problems.”

For the F1 weekend a new kerb was installed at Raidillon to discourage drivers from cutting the corner. However it was removed on Friday evening following complaints from drivers.

Following the change drivers were warned they would be reported to the stewards if they were suspected to have gained an advantage by cutting the corner or exceeding track limits at turn 15. During the race Daniil Kvyat was heard being given such a warning on the team radio.