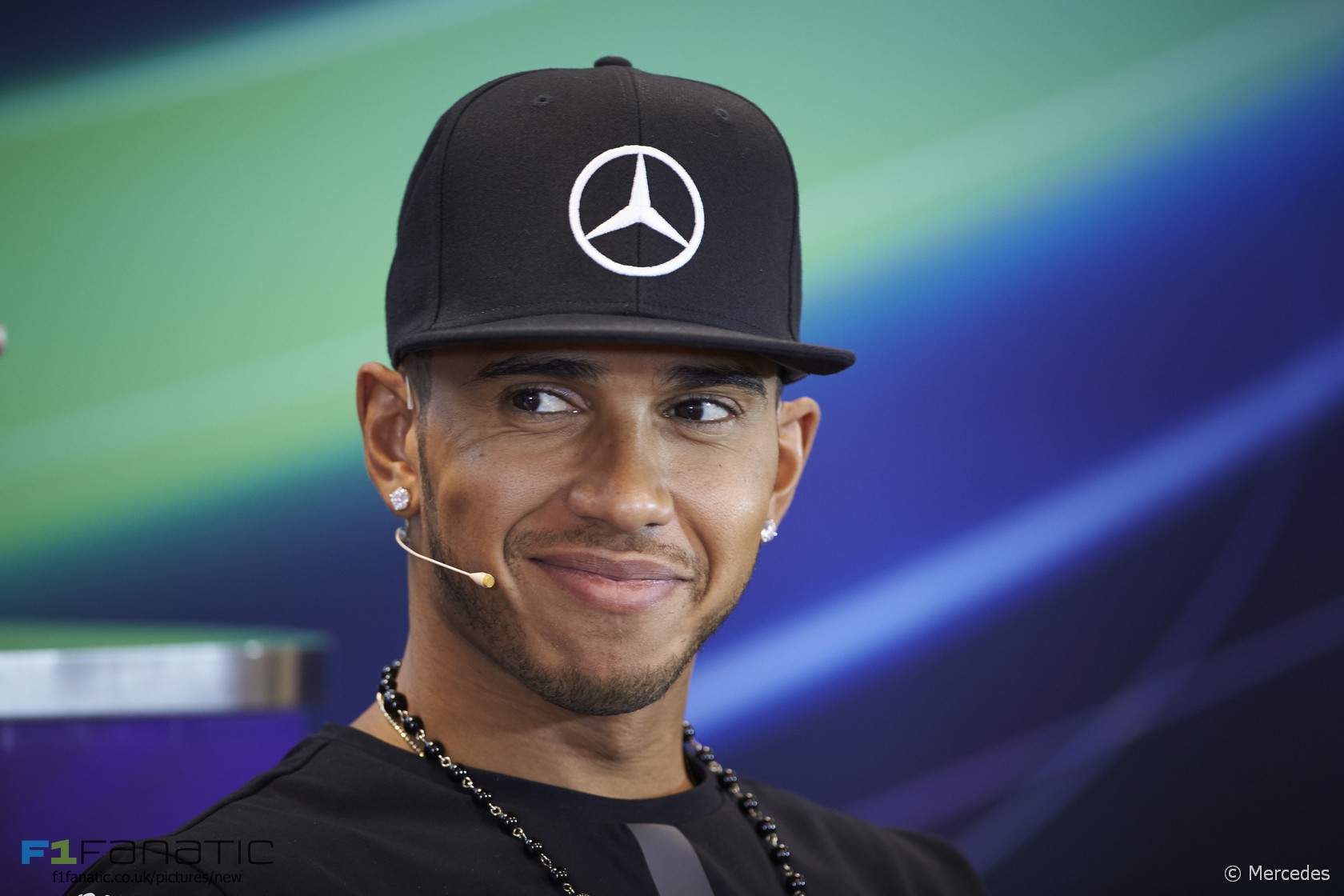 In the round-up: Lewis Hamilton points out he isn’t the first F1 driver to have the advantage of a dominant car.

"All the top drivers who have had periods of dominance, whether it be Sebastian Vettel or Michael Schumacher or whoever, they have all been in top teams with great cars. So people need to get over that."

Hamilton: I think me and Senna would have been friends (Crash)

"If Ayrton had been able to continue, he would have won many more races and many more championships, so I think I am carrying the baton for both of us and striving to win more for the both of us. I think if he was around, we would be friends."

"I was still on the anti-stall and the reason why...for sure I did all correct, but the finger might have been for whatever reason on the second paddle in a bit wrong position for no apparent reason."

F1 triple-header 'too much' - Button (Autosport)

"To accommodate the request from the teams for a three-week summer break - at present there is only a fortnight - F1 supremo Ecclestone is suggesting a calendar that features Singapore, Japan and Malaysia runing back-to-back."

"Lewis Hamilton and Nico Rosberg have another opportunity to fight for the world championship, and the rest of us are trying to find the miracles."

"It was quite a last-minute thing. The discussions started taking place shortly after Monza."

"In the era of the blown exhaust Renault was probably the best and most advanced (engine supplier) in Formula One. All of these achievements get forgotten way too fast, and I truly hope that they will stay in the sport."

"It’s not nice when you have another team using the same engine as you but they have a more powerful engine. So I really hope we can have the engine, but if we’re going to have it or not, I don’t know."

Many people are asking, "Why 53?" Well this is why…Herbie's back. 😎🇺🇸 pic.twitter.com/ZQohLwpDCE

The TCR paddock at Singapore. Nice and warm in there boys? pic.twitter.com/JJ04ynOb1i

Had a problem with the Predictions Championship entry form not working before – it should be OK now: http://t.co/qP5BGqgTbQ #F1 #F1F

Manor’s late decision to replace one of their drivers this weekend came as a surprise:

I wasn’t expecting Merhi to reach this point in the season, to be honest. I think Rossi would have been a slightly better option to begin with, but getting rid of Merhi now he’s had time to rack up experience and get to know the team, the car, the tracks, now he’s starting to improve, is pointless.

Of course if it’s to get money into the team the debate ends here, if it’s to give Rossi experience for a full-time seat next year it’s understandable, if it’s just to go from one driver to another it’s pointless, again.

Not that Manor will have much to fight for, but Rossi faces some challenge with Suzuka, Austin and Interlagos on his calendar, having only practised in his home circuit, and Merhi would have been the obvious decision to continue.
@Fixy

On this day last year an unhappy Fernando Alonso complained that rumours he would leave Ferrari and be replaced by Sebastian Vettel were “not helping” the team. They turned out to be true, however.