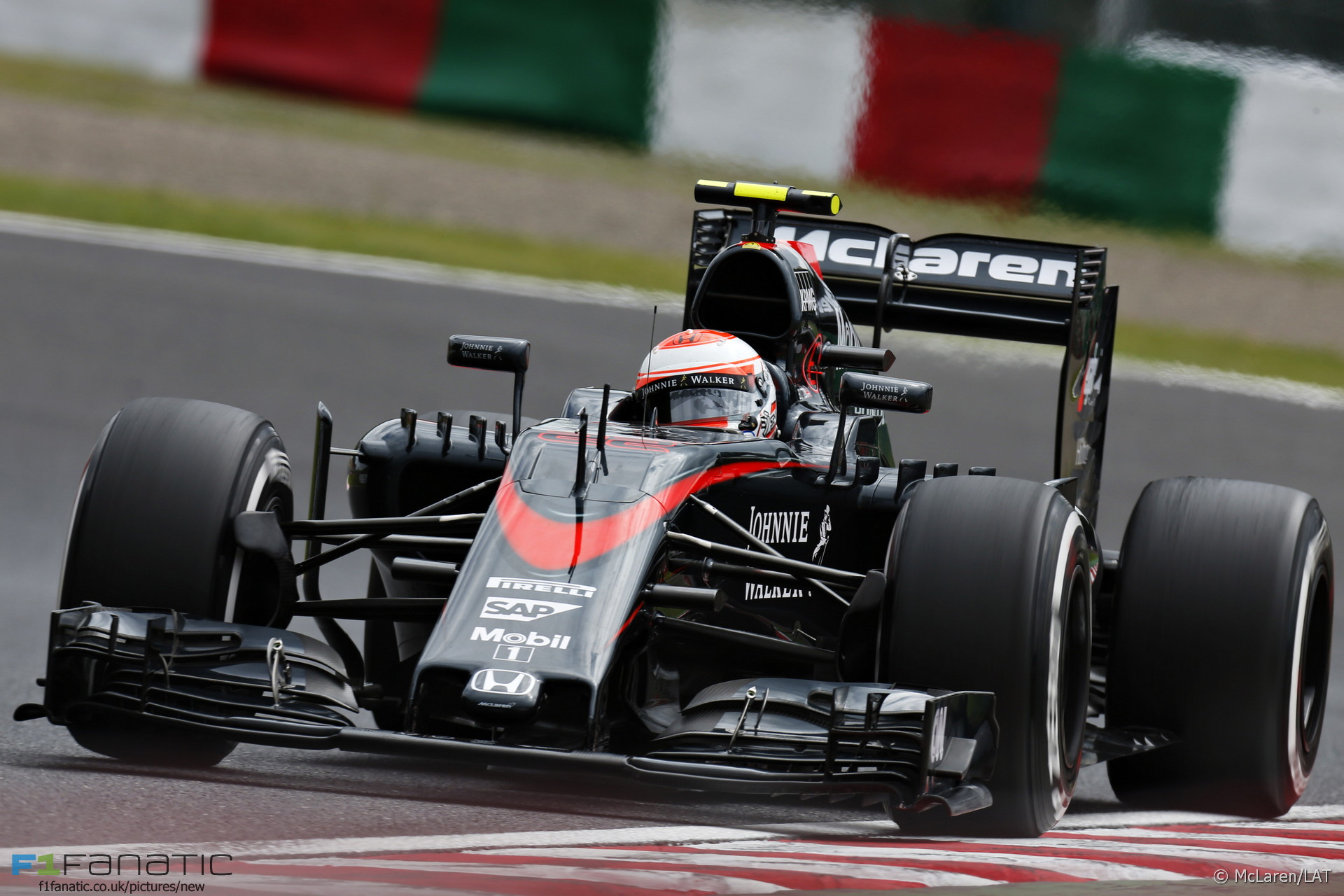 Jenson Button says Honda must make significant gains with its power unit for 2016 but believes the Japanese manufacturer knows where it can improve.

The McLaren driver, whose plans for next season have not yet been confirmed, said F1’s development restrictions prevent Honda from making progress any sooner.

“There’s a massive amount that the team can change for next year,” said Button. “It’s not possible to change the things that we want to change during this season so I think as soon as we step into next year that’s when you’ll know if the package is going to make a good leap forward.”

“And it has to because both of us I think are finding it tough as drivers.”

Button’s team mate Fernando Alonso criticised Honda’s engine on the radio during the race and said afterwards it was “embarrassing” to be overtaken so easily because of their lack of pace.

“The whole team are finding it tough,” said Button. “But we’ve all got to sit down and look at what’s coming. I think it is very positive. It’s going to hurt for the rest of the season, especially in front of Honda’s home crowd here.”

Button finished 16th in today’s race after falling behind Marcus Ericsson at the end of his second stint.

“The first two stints were alright, we were at least racing cars,” said Button. “I think most of them were just being held up by us.”

“And then Ericsson got past me in the last pit stop which messed up our race really because I was quicker: I had a better tyre, I was on the [medium], he was on the [hard]. But I can’t overtake him.”

“So I can see Fernando in front and we seem to be closing on Fernando and then as soon as all the other cars come out of the pits and start chasing me down I can’t do anything to keep them behind because they’re so much faster than me on the straights. If I’d had the buffer of Ericsson behind I’d’ve been fine, but I didn’t.”

“Every lap someone’s coming past and I’m getting lapped and you end up just getting further and further back. When you’re in the position we’re in it’s always difficult. In front of the home crowd we wanted to do something special here which is always going to be difficult but we’re doing our best. Got to keep our heads down, got to keep focused but a tough weekend for the whole team, especially Honda.”