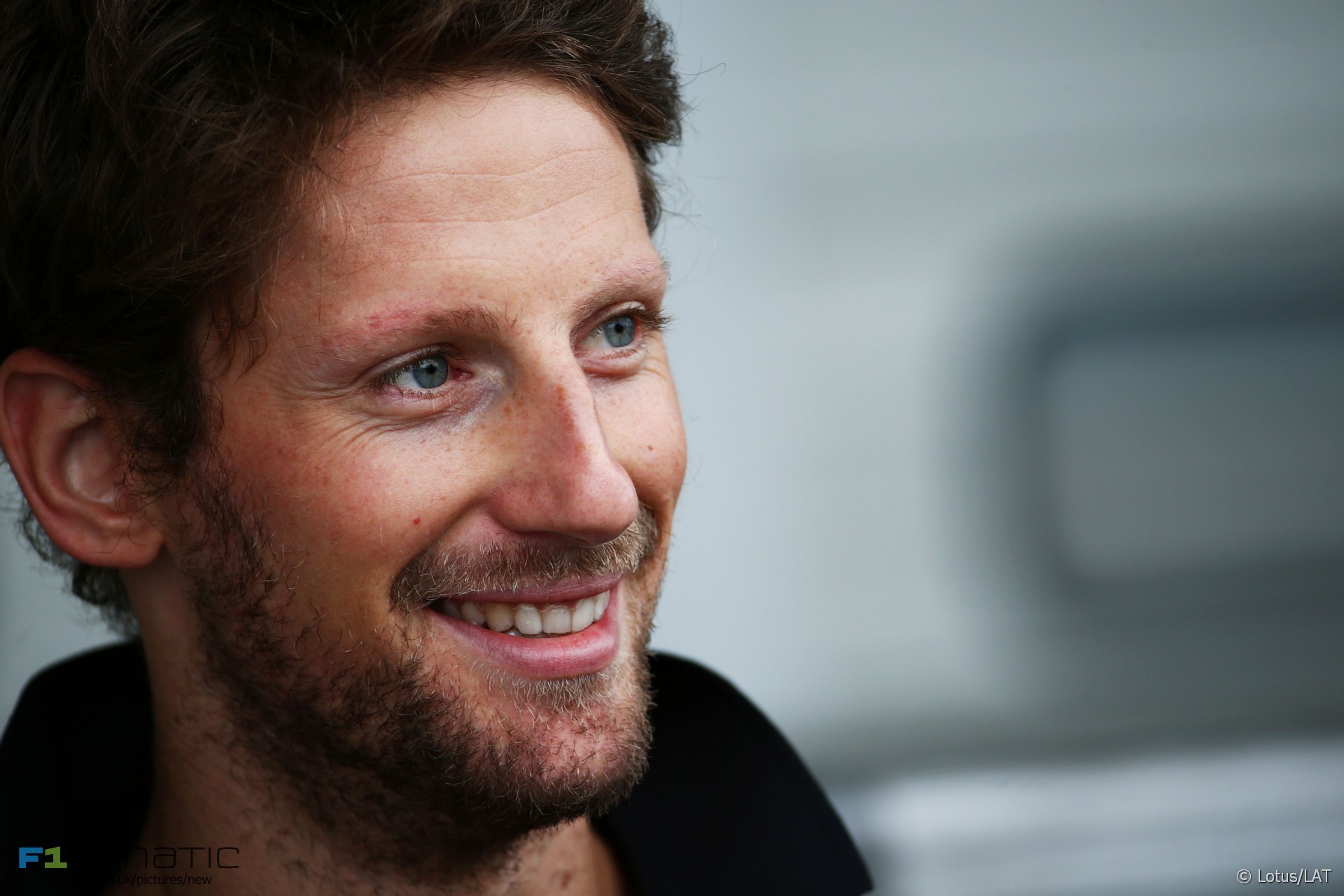 Romain Grosjean will join Haas for the American team’s first season of F1 in 2016.

“We were looking for an experienced driver and Romain was one of several candidates,” said team founder Gene Haas. “He’s been in Formula One for many years, he’s been an excellent driver for team Lotus.”

“I reviewed a lot of video of his driving styles. One thing that was very impressive is the fact that he’s scored points almost every season and that’s really our primary goal here is to be able to score points. So I think as a piece of the puzzle he’s going to have a lot of work to do, he’s going to be our lead driver, we’re going to depend heavily on him to help us with our strategies with the car, with the race tracks and just the learning of the whole operations of an F1 team.”

“I discovered the project a few years ago through the media and got to know a little bit more about what Gene and Gunther [Steiner] were doing and how it was nicely building up. And I like the fact that it’s a different approach to what a normal, new F1 team would do. I think it’s an approach that can be pretty quickly successful and if we’re racing in Formula One it’s not to be last on the grid it’s to try to always do our best as a team, as a driver, and what we like is to try to drink the champagne on the podium.”

“So I like the idea with the partnership with Ferrari, I like the way everything has been going, I like the fact it’s going slowly but nicely and as I said in the media recently I’m very happy that I made that decision.”

Grosjean will leave Lotus, who he has driven for since 2012. “I enjoyed my time at Enstone,” he said. “Ten years after from my first day I’ve achieved 80 Grands Prix, 10 podiums and maybe there’s more to come before the end of the season.”

Lotus’s future is in doubt as it waits to discover whether Renault will retake control of the team for next year. In the meantime the team has struggled with a shortage of funds.

“We’ve been the strongest group of people and it’s going to be very hard to say goodbye,” Grosjean added. “My dream would be to become world champion with Enstone so maybe one day that can still happen.”