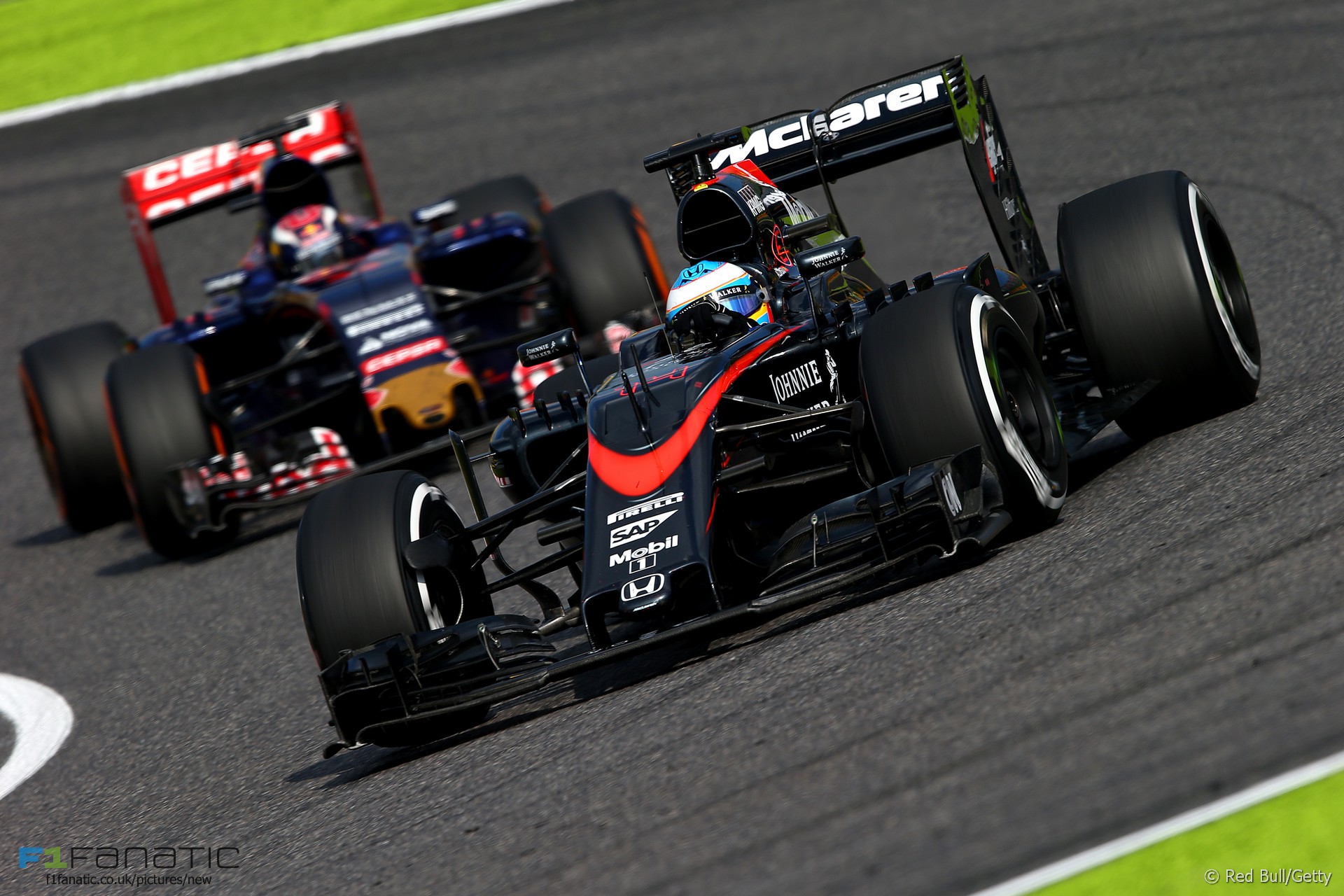 In the round-up: F1’s struggling power unit manufacturers are not expected to find front-running form in 2016.

There has been more tinkering beneath the hood of the new-look website over the last couple of days. Along with the usual raft of minor details I won’t bore you with, the most significant change is the return of the @-username reminders in the comments. I noticed a few resourceful commenters had manually added them next to your names to make life easier for everyone – you shouldn’t have to do that now!

Thanks as ever for your feedback – please do post any further suggestions here. There’s a lot more to come from the latest version of F1 Fanatic:

"It looks like it's going to be at least two to three years before they can be in a position to compete again."

"Murmurings from inside suggest it's going to be extremely difficult to ready it in time for the February 28 homologation date."

Wolff: We want F1 owners 'with a long-term perspective' (Motorsport)

"For us, we are participating as a team, it’s important that we have a sustainable shareholder with a long-term perspective and vision, and whoever that might be we are looking at with interest."

"I'd rather have Red Bull in the sport and third cars and a grid of 27-28 cars, and some exciting young drivers in those third cars."

"As team-mates we were always compared and pitted against each other, so after he jumped ship last year, to beat him in the same machinery again would be redemption."

McLaren's aero gains should not be overlooked - Button (ESPN)

"When I hear about the payments, they have paid in advance. So I don’t know who or why people start inventing those situations. He was signed for three years, the last year is the end of 2016."

"The Concorde Agreement has lapsed and a new one has yet to be signed, so there is now no protection, no requirement for the European races to be kept on the calendar."

Will Bernie #Ecclestone really sell his stake in the @F1? His statement at CAMP BECKENBAUER Global Summit #cb15 https://t.co/bae6I0Ok79

Note @SChecoPerez retweeted this tribute to the 43 students who were kidnapped in Mexico last year. #Ayotzinapa https://t.co/uiYjzBoJl4 #F1

Rob Smedley on the #RussianGP: "We are hoping for another good race, with plenty of overtaking like last year." What race did he watch? #F1

Fits like a glove.Super comfy seat, will put my name forward for 2016 3rd seat providing races only 30 laps long 😜 pic.twitter.com/hm4hVvbCuh

Can FOM be blamed for the difficulty many teams appear to be having finding sponsors?

This will continue to go on for years to come as the FOM stays behind the ridiculously priced pay-walls and fails to embrace the internet as a valid way of distributing its content.

Sponsors are not stupid and will know about the falling viewing figures worldwide, the lack of commercial insight of Bernie with regards to the internet, and the overall competitive shambles that is F1 which are all pushing away true fans.
@Tamburello

Michael Schumacher scored his first victory as a sports car driver on this day 25 years ago, winning the World Sports Prototype Championship round for Mercedes with team mate Jochen Mass at the Autodromo Hermanos Rodriguez in Mexico. The World Endurance Championship, the modern equivalent of the series, will return to the circuit next year.

On the same day in 1990 Emerson Fittipaldi won the CART IndyCar Nazareth 200.