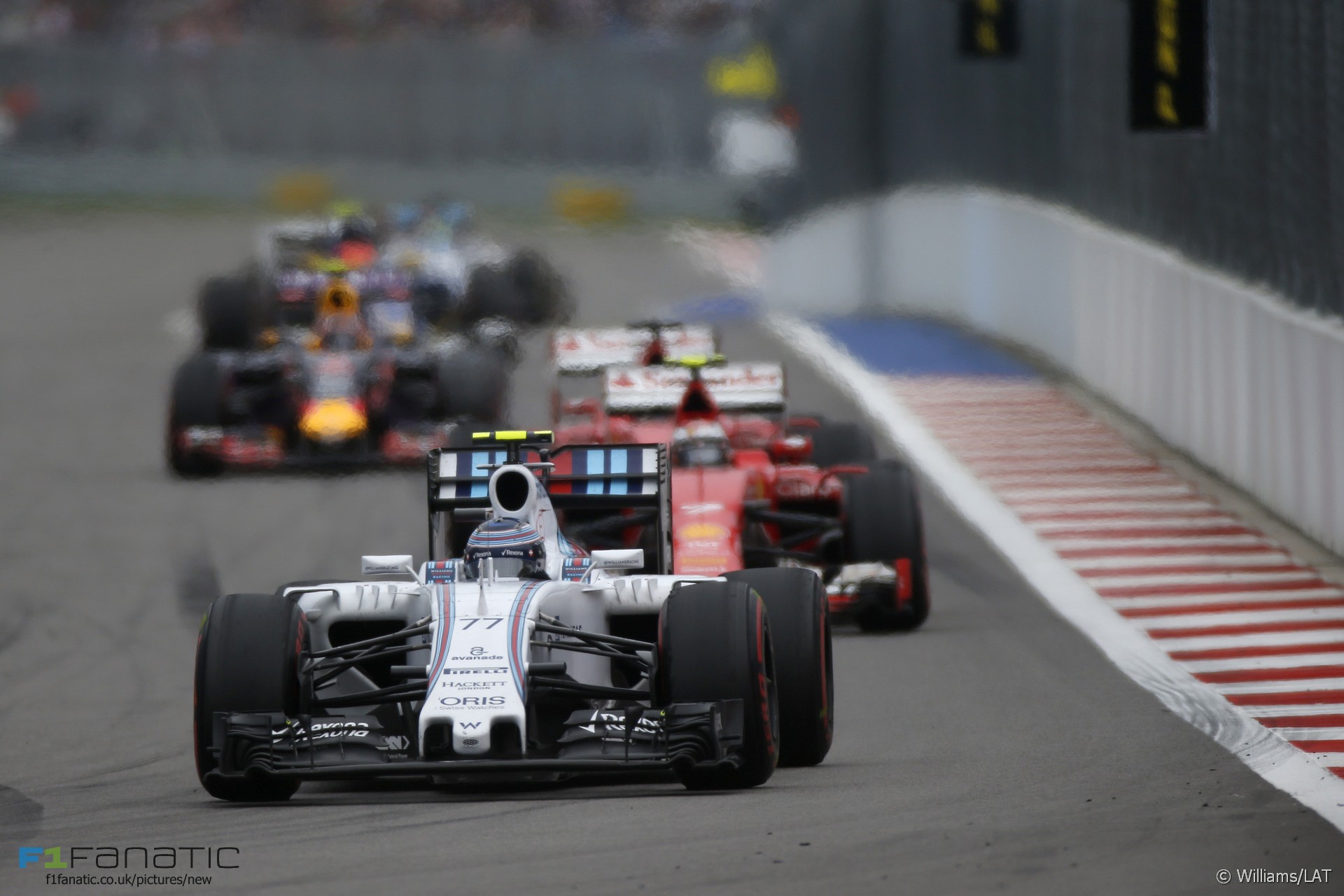 Kimi Raikkonen says he would attempt the same move on Valtteri Bottas again despite being penalised for the last-lap tangle between the pair in the Russian Grand Prix.

The stewards held Raikkonen responsible for the collision and gave him a ten-second stop-go penalty – one of the toughest sanctions available. This was converted into a 30-second time penalty after the race and Raikkonen was also given three points on his licence.

However Raikkonen defended his driving at the time and said today his view of the collision “hasn’t changed”.

“Obviously there was some discussions and obviously [a] penalty’s given to me but I still would do it tomorrow again,” said Raikkonen.

“That doesn’t change the story and unfortunately we came together in the end and we both lost a bit. That’s life, you know, that’s racing. I don’t feel bad about it and if somebody feels it’s up to them it’s OK for me. Like I said I would still do the same thing next time and see if maybe it goes better.”

Valtteri Bottas, who joined Raikkonen in the official FIA press conference, also said his “opinion hasn’t changed” and he “wouldn’t do anything different” in a similar situation.

Raikkonen had justified his attempt to pass Bottas at turn four on the last lap of the race because he had already overtaken the Williams driver once before at the same corner. However Bottas said the two moves were not similar.

“From my point of view the first one was quite a different one,” said Bottas, “it was much more clear that he could do it and of course for me as a driver I’m not going to leave the door open two times. So for me it was a different kind of situation as we saw from the result.”

Raikkonen added that once he had committed to the move there was no way to avoid a collision.

“Once you’ve decided to go there I tried to brake and turn in as much as I can but there’s no way to avoid it,” he said. “That why I mean, what can you do?”

“Once you go there you’re either going to do it or not and once I saw obviously that he’s coming I don’t know, maybe he didn’t expect or didn’t see me but tried to slow down and turn in but you know in the end if there’s no space there’s no space and we’re going to collide.”

“[It’s an] unfortunate thing but it’s a part of racing and if you get penalised sometimes, sometimes not and we are here to race and it’s pointless to cry afterwards. I’m sure that people like it more like that than just following each other.”

74 comments on “Unrepentant Raikkonen says he would repeat Bottas move”