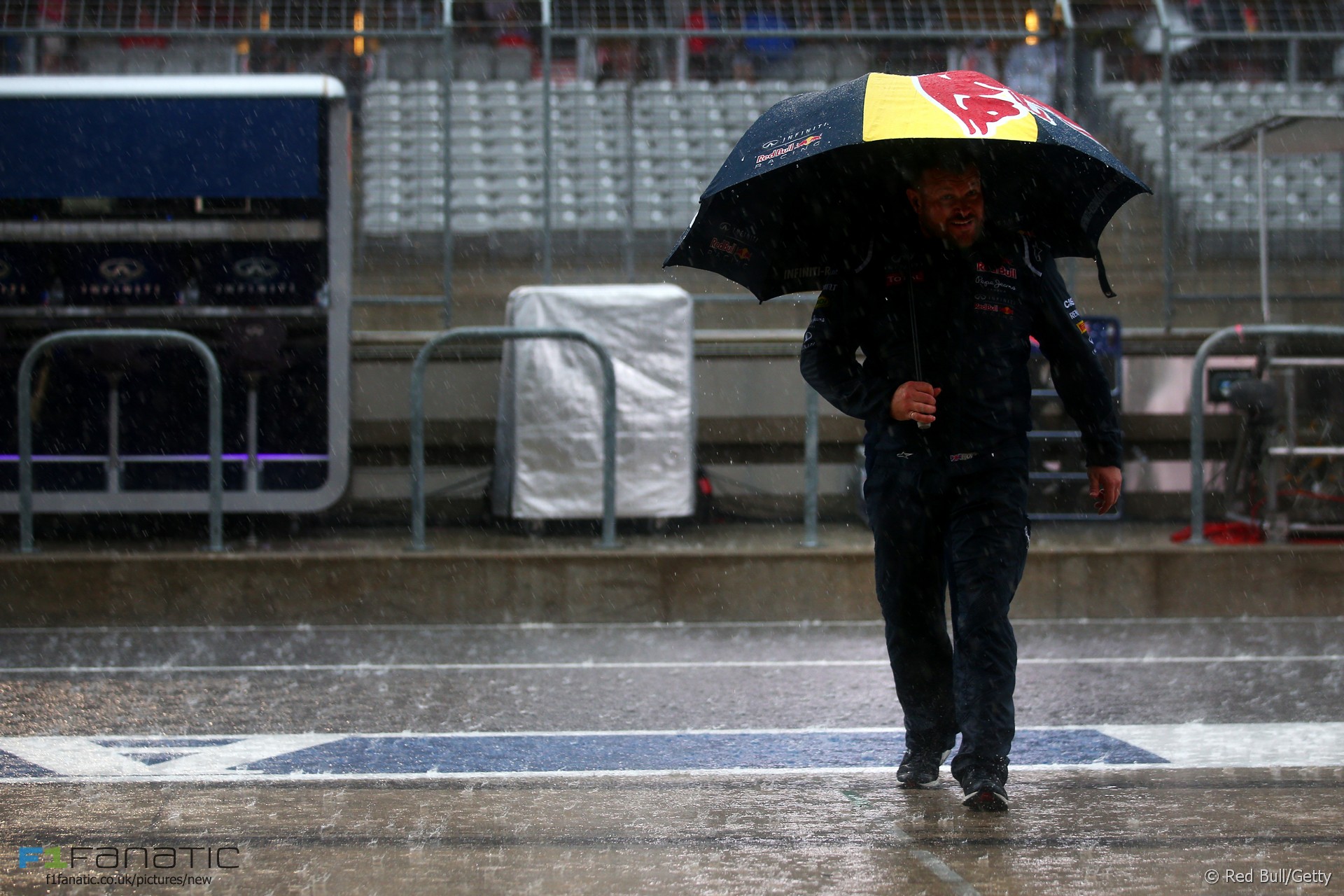 The second practice session at the Circuit of the Americas has been cancelled due to the very poor weather conditions at the track.

The session was initially postponed due to the proximity of lightning in the area. That meant marshals and other track workers were unable to tend their posts, meaning the cars could not be released onto the circuit.

Following a one-hour wait during which the conditions worsened, race control announced the session would not be started as it would be impossible for the medical helicopter to take off for at least two hours.

The next practice session is scheduled to begin at 10am local time tomorrow morning, however the current forecast is for the weather conditions to worsen.

23 comments on “Second practice cancelled due to lightning and rain”