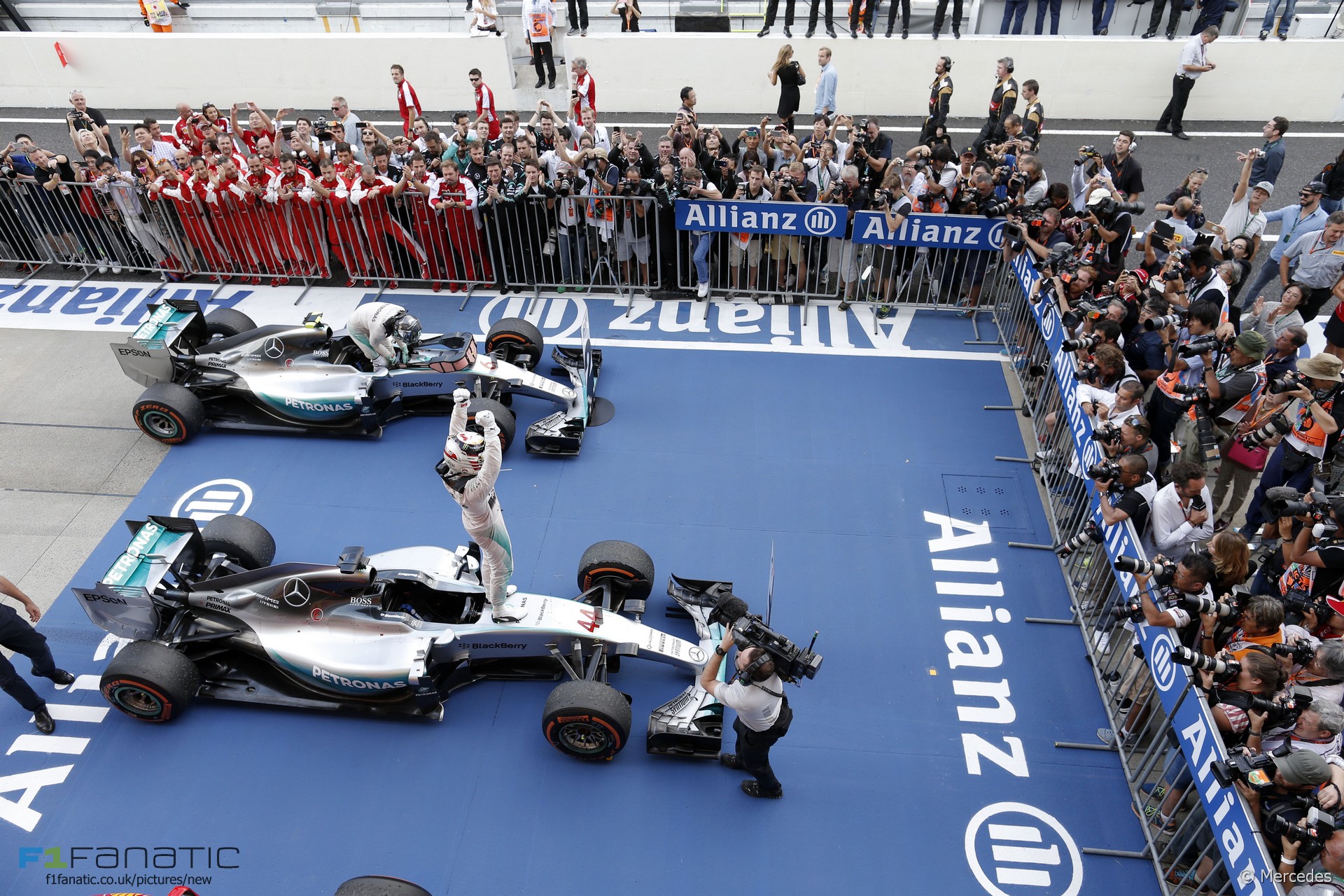 In the round-up: Jenson Button describes the lack of competition for Mercedes as F1’s “biggest issue”.

"Mercedes are such a big team that no one can catch them. That is the biggest issue facing Formula One."

"Ron has said definitely not, as far as he’s concerned. I don’t know whether his veto will stand up legally."

"Maybe we will have refuelling again for those that want it. If people have an engine that is super efficient they won't want to obviously. They don't have to."

"Todt and Ecclestone will present the plan publicly as an attempt to provide cheap customer engines to teams - the plan is to price the engines at six million euros for a year's supply. This is about a third of the price of the cheapest turbo hybrid customer deal."

"Ecclestone said 'there's a couple (of interested parties) on the horizon', adding Cosworth is one of them, and he is confident the independent unit would be competitive."

Jolyon Palmer the latest Briton to tackle F1 - but he is the next Hamilton or Di Resta? (The Telegraph)

Jonathan Palmer: "Jolyon's definitely better than me. He's a lot less intense than I was and more relaxed and a better overtaker. He's a better racer. It just comes to him a lot more naturally than it did to me."

"The investigations are taking place as Venezuela’s economy is on pace to contract by 10% this year and inflation to hit 160%, according to International Monetary Fund estimates. The country is crippled by a collapsing currency, moribund industry and an inability to pay for imports of medicine and food."

That was interesting. Standing on the turn 1 photo tower, the wind was blowing so hard you can barely hold the lens. pic.twitter.com/Rqj9SJphCL

Candle light lunch as we experience a power outage due to the rain. Well, gotta make the best out of it. #USGP #F1 pic.twitter.com/Il4JpCnz3M

Another 30 minute delay = more people through the turnstiles = More money

Outrageous of Red Bull's Christian Horner to suggest that a manufacturer's refusal to supply engines to rivals might be "anti-competitive".

In the rain at #USGP @circuitamericas for qualifying. #F1 pic.twitter.com/aibHirozgQ

Ricciardo and Kvyat dancing for the crowd in the rain – love it! pic.twitter.com/bq1zWmEgGT #F1 #USGP

For those who don’t know, Mark Gallagher is referring to Chevy and Honda Performance Development. Twin turbo, 2.2L V6 engines is the IndyCar spec. I’m sure Chevy and HPD would love to sell engines to some F1 teams, since it is widely believed they lose money on the cost capped, engine leases to IndyCar teams.

They never release official figures, but the most common reported numbers are that the engines make between 750 to 850 hp, depending on whether they are set up for a road/street course versus a super speedway. I’m pretty confident that the engines could easily make over 900 hp. There isn’t a maximum number of engines that a driver is allowed to use each season, but there is a minimum distance that an engine must be run before it can be replaced without a penalty. I believe that number was 2,500 miles for the 2015 season. My rough math is that would equate to eight or nine F1 race weekends, so it should be possible to tune them for higher performance and still last 4 or 5 races. Also, Indycar uses E85 (ethanol) fuel, and the engines would instantly generate more power running on gasoline/petrol.

Like I said before I’m sure Chevy/Ilmor would sell their engines. I bet HPD would too, but I don’t know if Honda Japan would allow it. Supposedly Cosworth also has an Indycar V6 engine design, but could never get a manufacturer to fund the testing and production of it. If I’m Red Bull (and the rule change actually happens), I’d start paying Cosworth to develop and build a V6 engine for me that no one else could have(making me a de facto works team again), at a fraction of the cost of a hybrid power unit.
Forrest Lanier (@forrest)

Jacky Ickx won the final race of the 1970 season in Mexico, cementing his runner-up spot in the championship beind Jochen Rindt, who had died at the Italian Grand Prix earlier that year.