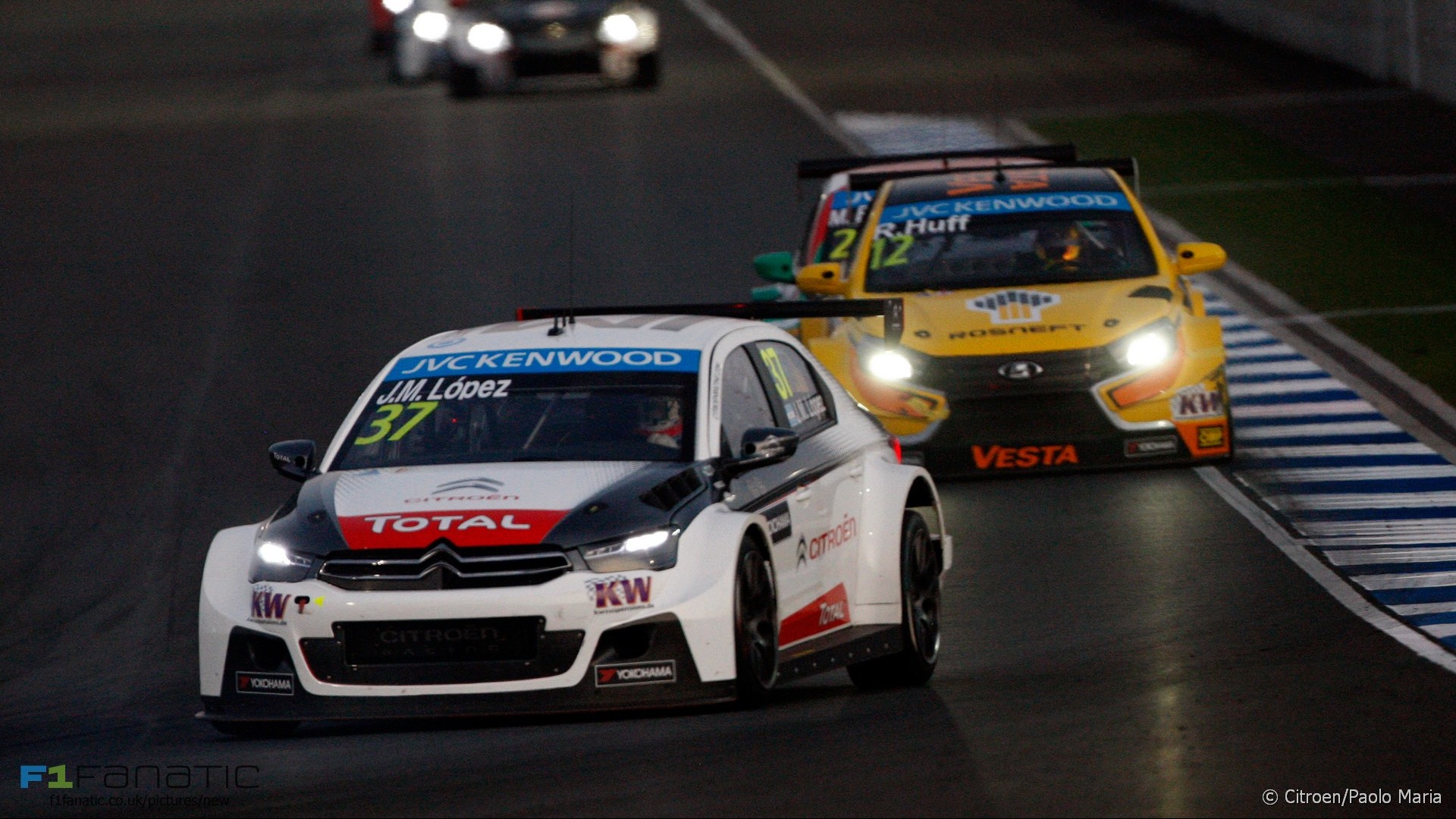 Meanwhile in NASCAR Joey Logano’s run of victories was ended when one of his championship rivals took him out.

Jose Maria Lopez’s race one victory at the new Buriram circuit in Thailand saw him reclaim his 2014 crown after team mate Yvan Muller was eliminated in a chaotic opening lap. Tom Coronel, Nicky Catsburg and Nicolas Lapierre collided at turn one, then further around the lap Muller and Hugo Valente made contact.

The second race came to a less than satisfactory conclusion when it was stopped ahead of time due to fading light and the first driver on the road, Honda’s Tiago Monteiro, was stripped of victory when his car was found to be running too low. Sebastien Loeb therefore inherited the win and moved up to second in the points as Muller retired again, this time after contact with Ma Qinghua and Mehdi Bennani on lap one.

Porsche collected yet another win and one-two result in the Six Hours of Shanghai as they eased to the manufacturers title with one race to go.

The race was run in mainly wet and then drying conditions, and despite a strong challenge from Audi the 919 Hybrid took its fourth win in a row thanks to Mark Webber, Timo Bernhard and Brendon Hartley.

Vitor Baptista clinched the Euroformula Open title by two points despite rival Konstantin Tereschenko taking a pair of wins at the Circuit de Catalunya. Baptista took the flag third behind Yu Kanumaru in race one, leaving him needing only points for eighth place. He duly came home fifth, and with two drivers ahead of him not eligible for points, Baptista was duly crowned.

The field was bolstered by one-off entries including those preparing for the Macau Grand Prix. They included Daniel Juncadella, who reached the podium in the last race, and Sam MacLeod, who was out of the top ten in both races. Ferdinand Habsburg, who survived Formula Renault 2.0 Eurocup’s biggest crash of the year at Silverstone, impressed with fourth place in his second start in an F3 car.

Joey Logano, winner of the last three NASCAR races in a row, was leading again in Martinsville yesterday when he was taken out by title rival Matt Kenseth, who was several laps down. NASCAR barred Kenseth from continuing in the race and may announce further penalties against him tomorrow.

Which of these races did you see over the weekend, and what do you make of the series’ respective champions? Let us know in the comments.

Next week the Japanese Super Formula championship – where Stoffel Vandoorne is rumoured to be heading for 2016 – will be decided with a double-header at Suzuka. Formula E heads to Putrajaya for its second race and the V8 Supercars and NASCAR series continue.