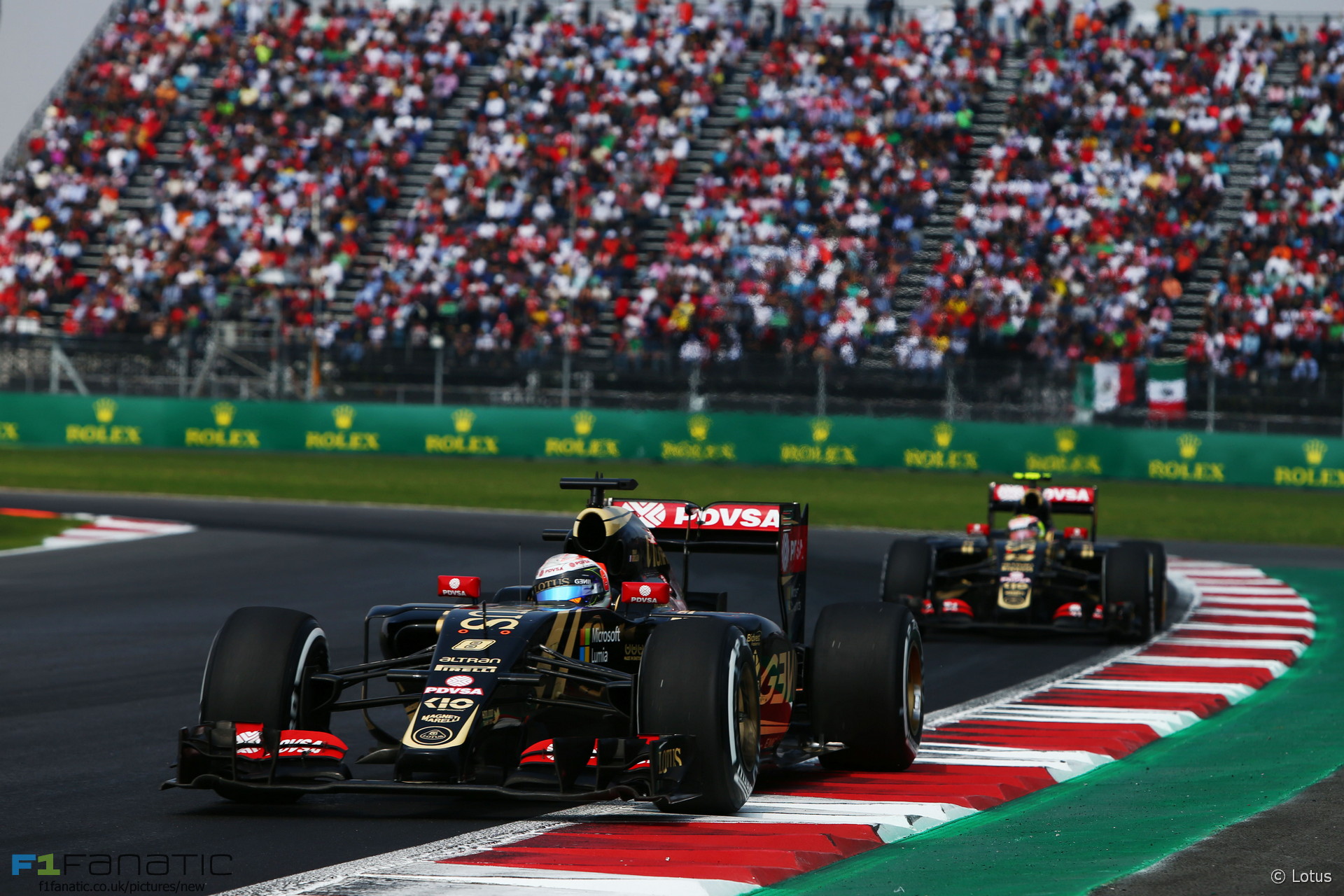 In the round-up: Renault could leave Lotus’s name unchanged for 2016 amid concerns over their potential performance.

"With 2016 set to be a transitional year, Renault could elect to keep the Lotus name for next year. The rationale behind such decision would be to avoid tarnishing the French manufacturer’s image in case the new outfit proves to be uncompetitive."

"Bob Bell is set for an imminent return to Renault as its planned takeover of Lotus continues."

Time to Hang Up the Helmet (The Huffington Post)

Susie Wolff: "Do I think F1 is ready for a competitive female racing driver that can perform at the highest level? Yes. (...) Do I think it will happen soon? Sadly, no."

Haas: Magnussen was number one choice after Grosjean (F1)

"Haas also revealed that Haas had been in deep talks with another driver on the current grid, but after a month of negotiations the unnamed star eventually decided to stay with their current team."

Grosjean wishing it was ‘day before Haas debut’ (Crash)

"After Austin I went to visit Haas Automation with Gene and Gunther and I was having dinner thinking I would like it to be the day before winter testing when we discover whether it's a good car or not."

"Todt has made it clear, however, that if F1's current manufacturers lower the cost of their supply deals to $12 million then he will be happy to drop the independent engine idea completely."

"The new narrow-block Ferrari engine – its architecture an intrinsic part of the 2016 car – that was possibly going to be used by Kimi Raikkonen in Austin still needs further dyno mileage before being signed off and, furthermore, it requires a small change to the gearbox casing."

How did Red Bull get in this mess? (Sky)

"Unless they take a year off and wait for the 2017 budget engines, it's difficult to see what options are left."

"In the context of Hamilton's remarks, I wondered whether the team had been briefed to celebrate extensively if Rosberg won. However, I am told that is not the case - and I highly doubt they would be that cynical."

Susie Wolff and the Path to Equality (The Buxton Blog)

"It is worth pointing out that Tatiana Calderon is just one of the drivers to have benefitted from Susie Wolff’s commitment to the future of women racers through her work at the FIA."

Voting still open in Driver of the Weekend: https://t.co/cfYbEdhQBz And Rate the Race: https://t.co/JmiLg7ugrF pic.twitter.com/LS4zvSWL9o #F1

Susie Wolff has called time on her motor racing career:

She was never going to secure a F1 race seat, but the work she has done in trying to inspire a new generation of young girls to get into racing has been very good. Hopefully in 15 years time, we will see that her work was not in vain.
Craig Woollard (@Craig-o)

This cartoon summed up the state of the 2010 championship five years ago today.

79 comments on “Lotus name may stay after Renault takeover”