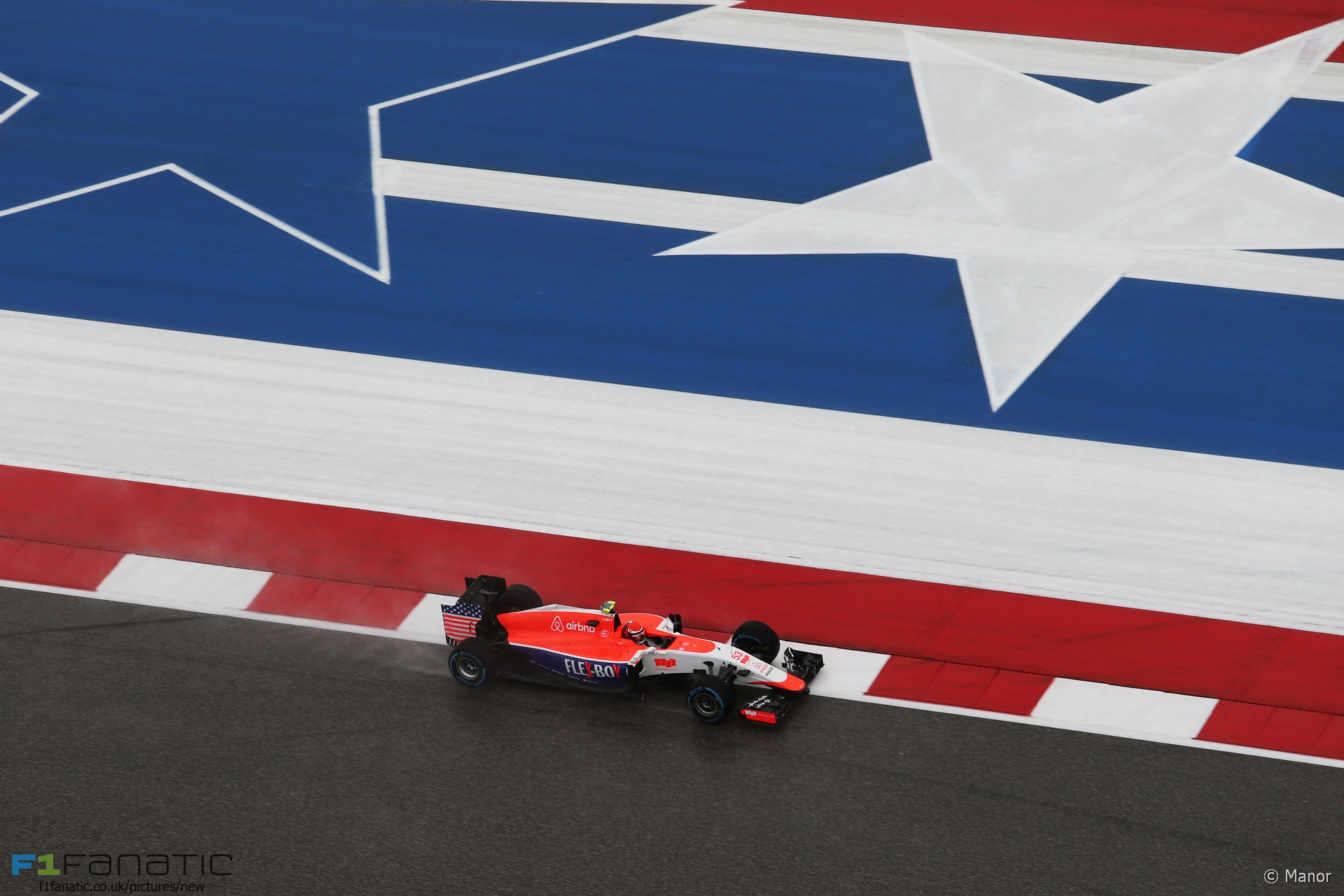 In the round-up: An American group could take over the Manor team but the US round of the championship at the Circuit of the Americas is in jeopardy.

The official 2015 F1 season review video is now available to pre-order on Blu-Ray and DVD.

This year’s highlights video is due for release on December 21st so make sure you reserve your copy to get it in time for Christmas.

"Hellmund indicated that Marussia's plan to switch to Mercedes power units for 2016 would have to remain in place and the team would have to pass financial scrutiny for his group's interest to be maintained."

"The significance of the smaller state contribution remains unclear. F1 boss Bernie Ecclestone told the American-Statesman that it could force him to cancel the race."

"I think the price the FIA has mentioned - and this is taking up the FIA’s argument - means the manufacturers will still not make a loss, which is important to them, and yet it’s an affordable engine."

"A team spokesman confirmed that the team was dealing with the situation – which related to an unspecified 'commercial arrangement' – and there was no reason to suggest the team would not be ready for track action on Friday."

"Stroll is currently part of the Ferrari Young Driver Academy programme, run and managed by Baldisserri, who was previously chief track engineer with the Scuderia."

"Lewis Hamilton will be fit to contest this weekend’s Brazilian Grand Prix despite suffering from a fever."

"CNG’s catalogue of measures to increase safety on the legendary Nordschleife following the accident on 28 March during a VLN Endurance Championship race was broadly approved on 17 August at a round table with representatives of German motor sport association DMSB, ADAC and AvD, the automotive industry, organisers, teams and drivers, as well as local authorities."

"Put that into contrast with Formula One, where so often it is obvious what the drivers think but they are unwilling to say it. After the last race in Mexico, Lewis Hamilton was clearly unhappy with the team’s strategy, but had to skirt around the edges rather than being frank and open."

"As I crossed the line, I began to sing Finnish pop songs on the car-to-pit radio – I have no idea why."

"The legal age for driving in Russia is 18, so we don't know what has taken the Russian so long but it clearly wasn't nerves as he quickly showed his instructor he had the skills and capabilities to drive a car."

Dear TeamLH, just wanted to let you know why things have been quiet on social media the past few days. I’ve not been well with a fever but I also had a road accident in Monaco on Monday night. Whilst ultimately, it is nobody's business, there are people knowing my position that will try to take advantage of the situation and make a quick buck. NO problem. Nobody was hurt, which is the most important thing. But the car was obviously damaged and I made very light contact with a stationary vehicle. Talking with the team and my doctor, we decided together that it was best for me to rest at home and leave a day later. But i am feeling better and am currently boarding the plane to Brazil. However, I am informing you because I feel we all must take responsibility for our actions. Mistakes happen to us all but what's important is that we learn from them and grow. Can't wait for the weekend Brazil🙌🏾 Bless Lewis

Seems @Lotus_F1Team is in trouble. Police in front of both sides of the garage, unpacked boxes #F1 #Lotus pic.twitter.com/bjCFC3Hohr

This is Texas' Event Trust Funds budget for 2015. Notice how Formula 1 costs WAYYYYY more than everything else pic.twitter.com/3FkPT4Ot5g

Thanks to @PorscheRaces for the opportunity to test the #Porsche919Hybrid. Definitely the most fun I've had in a race car ever. #OneTarget

We love Austin, we love #F1, and we love all of you. Thank you for all of your supportive messages today. #COTA pic.twitter.com/79tSDyHeMX

How long was each world champion active in #F1? Check out this new interactive chart: https://t.co/kxHgFP4Tj0 pic.twitter.com/F0R6O8nppA

Probably most of you guys didn´t follow a long interview that Massa gave to a Brazilian blog this week, in which he provide interesting details of the problems at Williams with the pit stops.

At first, Massa was saying that it is not a problem due to human mistakes. When the reporters insisted, he told an interesting story. According to him, the team realized early in the season that they were facing a problem, clocking way more than 3.5 seconds for a wheel swap.

Then, one day the team went to do some filming for a sponsor in which they needed to push the car a few meters and stop to do a wheel swap, and they were clocking 2.1 or 2.3 seconds. The engineers quickly noticed this and decided to investigate the issue. After many weeks of analysis they reached the conclusion that there is a design flaw in the wheel nut. They discovered that the problem is not attaching the nut back to the car but removing it from the car, maybe because of bad design in the heat dissipation system.

Massa said that Williams took two simultaneous paths since then: a) the cars are running with a “bit less” pressure on the nuts, just enough to keep the cars safe (this, he said, improved the situation somehow, but without consistency), and b) started studies to redesign the whole piece, trying new alloys. He didn’t said it, but suggested that the process would also need to take into consideration the design used for the wheelgun.

As a side note, Massa said that when he made the decision to leave Ferrari he started conversations with two teams, Williams and Lotus, but decided for Williams because at the end of 2013 season “every engineer” was saying at the pitlane the Mercedes was several steps ahead with the new engine development.
AldoH

Adelaide’s last round of the world championship was held on this day 20 years ago. Damon Hill won, a massive two laps clear of second-placed Olivier Panis following a string of retirements around the punishing street track.