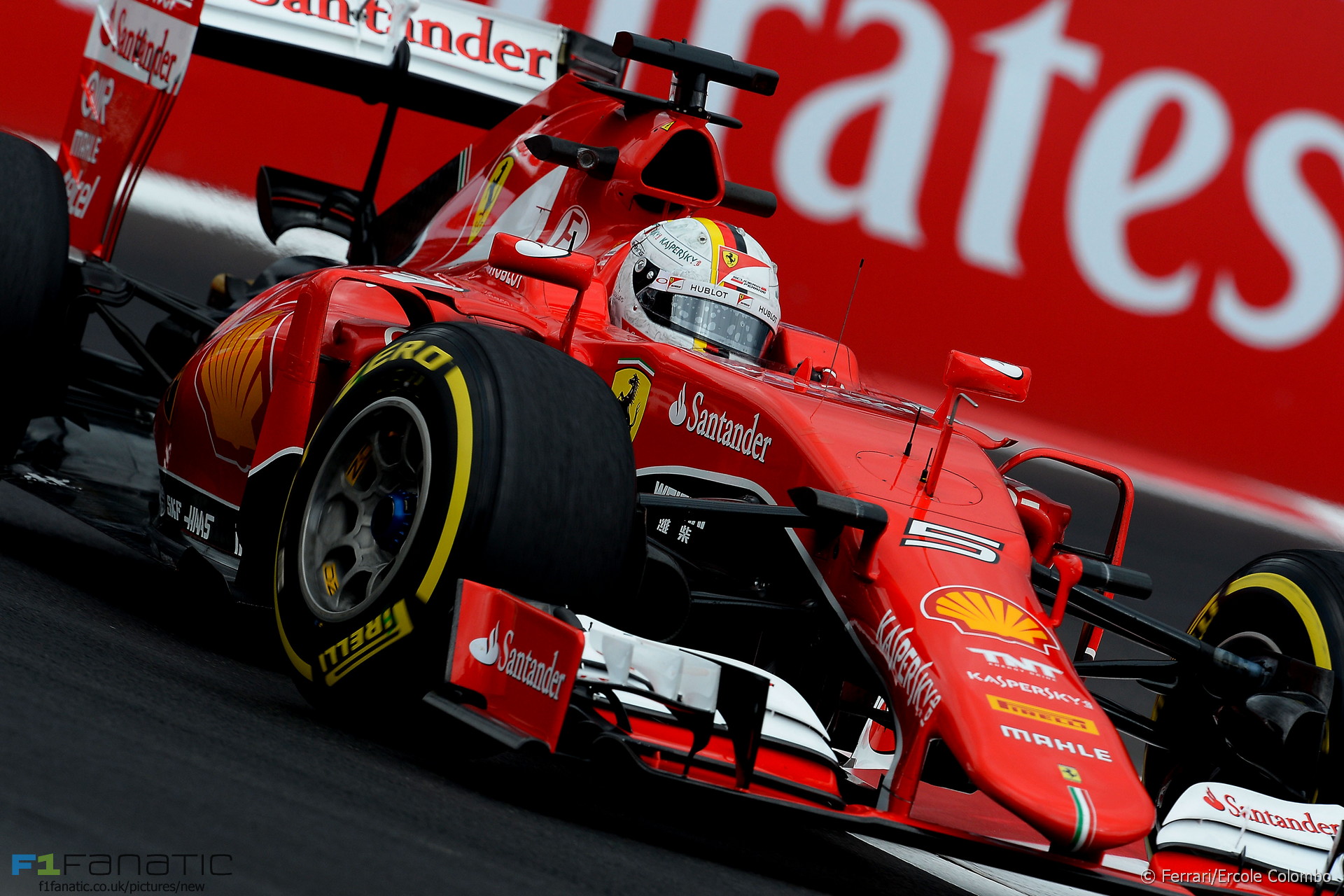 Sebastian Vettel has rejected Niki Lauda’s claim that Ferrari’s power unit is not a match for Mercedes.

Speaking in today’s FIA press conference ahead of the Brazilian Grand Prix, Vettel denied Ferrari were only lagging behind Mercedes on chassis and aerodynamic performance.

“As a fact we are not yet a match otherwise this season would have been very different,” said Vettel, who has won three races this year.

“But I’m very happy with the season so far, with the progress we’ve made, and also with the things I think we have in the pipeline for the future.”

Vettel suggested Lauda had been talking up Ferrari as Mercedes’ closest rivals. “Now Niki is usually is not the best one to trust, let’s put it this way, he’s changing his opinion very quickly. Sometimes what he says makes sense and other times it doesn’t make any sense.”

“The more he’s talking about us, the better it is for us, because he can feel that maybe we’re coming so hopefully that’s good news.”