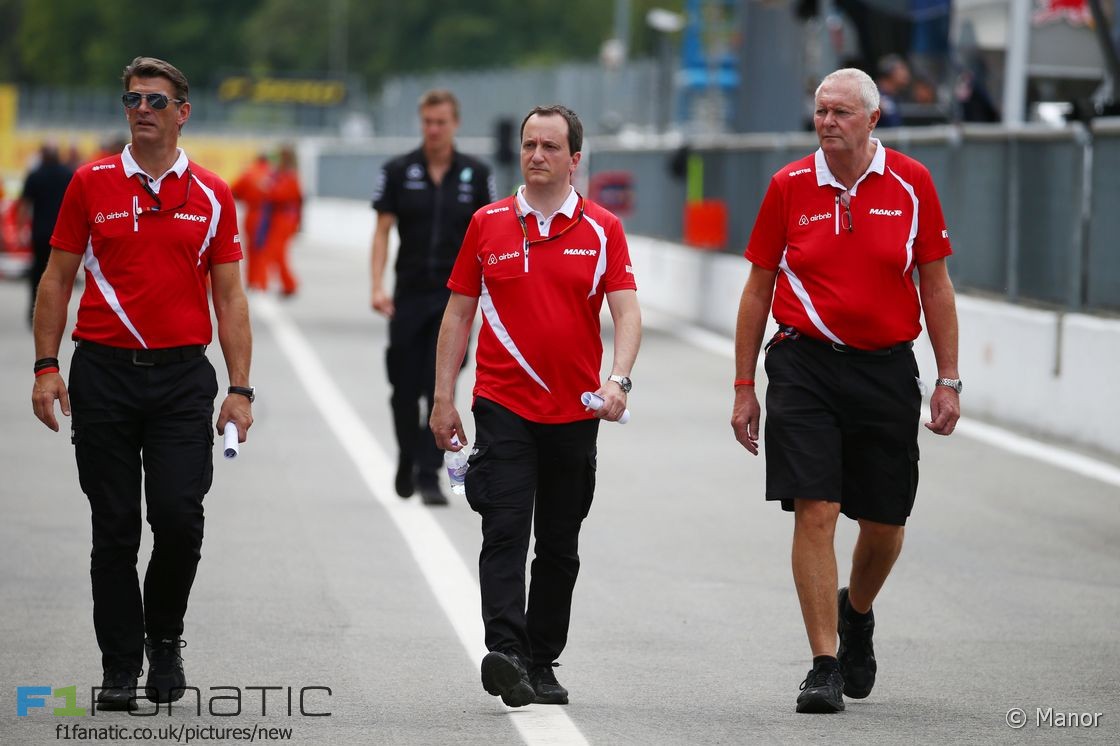 Manor has hired former McLaren sporting director Dave Ryan to be its racing director and confirmed team chiefs John Booth and Graeme Lowdon will leave at the end of the year.

Ryan has 34 years’ experience in Formula One but left under a cloud in 2009 when he was suspended by McLaren when he and Lewis Hamilton were found to have lied to stewards over an investigation for a racing incident in the Australian Grand Prix.

Manor said Ryan, who has been running his own team in sportscar racing since then, has joined them “with immediate effect” and fills a new position within the team. The announcement came one day after CEO Graeme Lowdon confirmed he will be leaving the team after the final race in Abu Dhabi.

Manor owner and investor Stephen Fitzpatrick said Ryan had previously “contributing to an incredible tally of race and championship wins” in F1.

“Along with our new Mercedes Benz power unit, technical partnership with Williams and recent additions to the design and technical team, Dave’s arrival is another important step towards our goal of creating a truly competitive racing team.”

“I am also able to confirm that John Booth and Graeme Lowdon will be leaving the team at the end of the current season,” Fitzpatrick continued.

“I have the utmost respect for them as individuals and for all they have achieved, both with this team and in their long careers in Motorsport, and I would like to take this opportunity to thank them for their hard work and dedication during this season in particular. Like every great story, there comes a time to start a new chapter.”