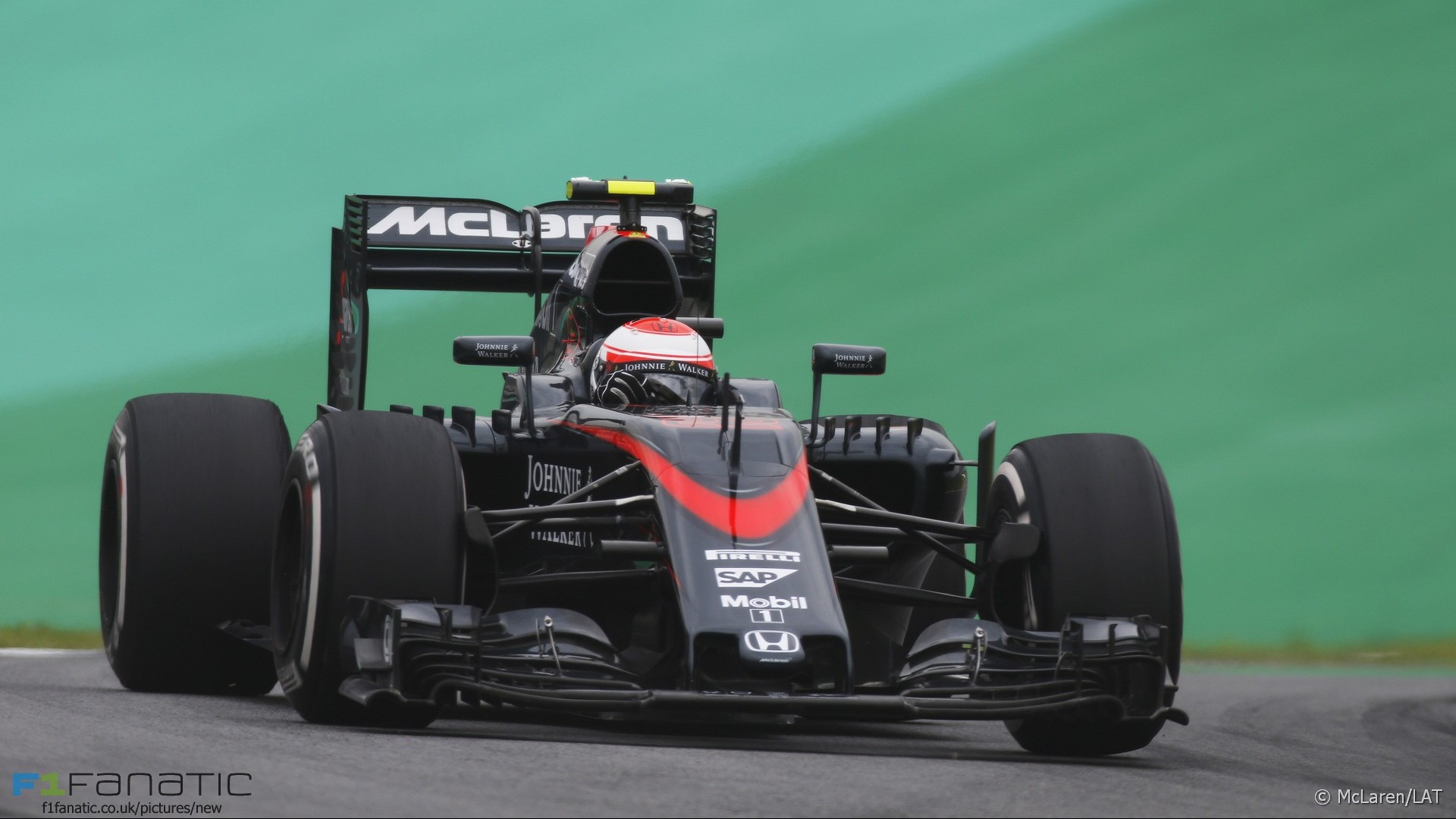 In the round-up: Jenson Button says he is sure McLaren will make strides with its problematic Honda power unit over the winter.

With the World Endurance Championship, GP2 and GP3 in action plus the Macau Grand Prix, we’ve got six F1 Fanatic Live sessions coming up this weekend. Note the action in Bahrain starts with two races today. UK television coverage details are as follows:

"It isn't going to be an easy winter to find the time that we need - for fighting at the front we have to find 2.5secs, which is a massive gap – and whether we can do that or not, I don't know, but I know that we will make big margins this winter."

"“There is no obligation (to take Illien), and there is nothing that is coming from us top down, from Red Bull. There is just a clear willingness to find a solution as quickly as possible."

"What happened is really, really strange. I didn't feel anything different in the car, for sure if I had that much difference in temperature in the tyres I would feel it was much worse straight away at the first corner."

"You can see that even towards the end of the race in Brazil, Sebastian was not very far away when Lewis and Nico were pushing flat out. The biggest gap was seven seconds and that is not a clear cut dominant race win."

"Ecclestone remains convinced that his agreement trumps any between Honda and McLaren, and he confirmed to this writer in Brazil that he was 'still talking to Honda' on Red Bull’s behalf."

Max Verstappen and Carlos Sainz both excellent in 2015 - McNish (BBC)

"On pure speed, it favours Verstappen by about 0.15secs if you average out all their laps, but in a team with reliability problems like Toro Rosso I am always reluctant to take that as a definitive comparison as the facts can be distorted too easily."

This is the track configuration Formula E will use for its first race at the Autodromo Hermanos Rodriguez circuit in Mexico City next year.

Things are looking sharp at our Banbury facility. Race bays have been decked out Haas F1 Team style. #F1 pic.twitter.com/3jy4JmFRkM

Haven't had this feeling in a long time… What an amazing track!!! Can't wait to keep driving. Decent day after not running FP1 due to mechanical issues. P5 for now… Let's see what tomorrow brings 🇲🇴 😇 🍀 Thanks Mattias Persson for the pic!

Have teams mastered Pirelli’s ‘designed to degrade’ tyres to the extent that they no longer produce exciting races?

The tyres are basically a solved problem. Teams have adapted – as they always do – to the paradigm of the day. They manage the pace and the stint length much more carefully than when they first had Pirellis.

When they made them do a whole race on one set it provided really interesting races for two-thirds of a season and then they adapted and the racing got duller again, so it’s no surprise that the Pirelli tyres no longer generate much interest.

You need to continually change things to keep F1 teams off balance otherwise it’s just a question of how long it takes to optimise to the best solution.
Robert McKay

Formula One’s only race at Riverside in California was held 55 years ago today. The United States Grand Prix was won by Stirling Moss won for Lotus in a race Ferrari declined to attend – a reversal of the situation in the previous round at Monza where Ferrari raced but the British teams stayed away, claiming the banked circuit was too dangerous.