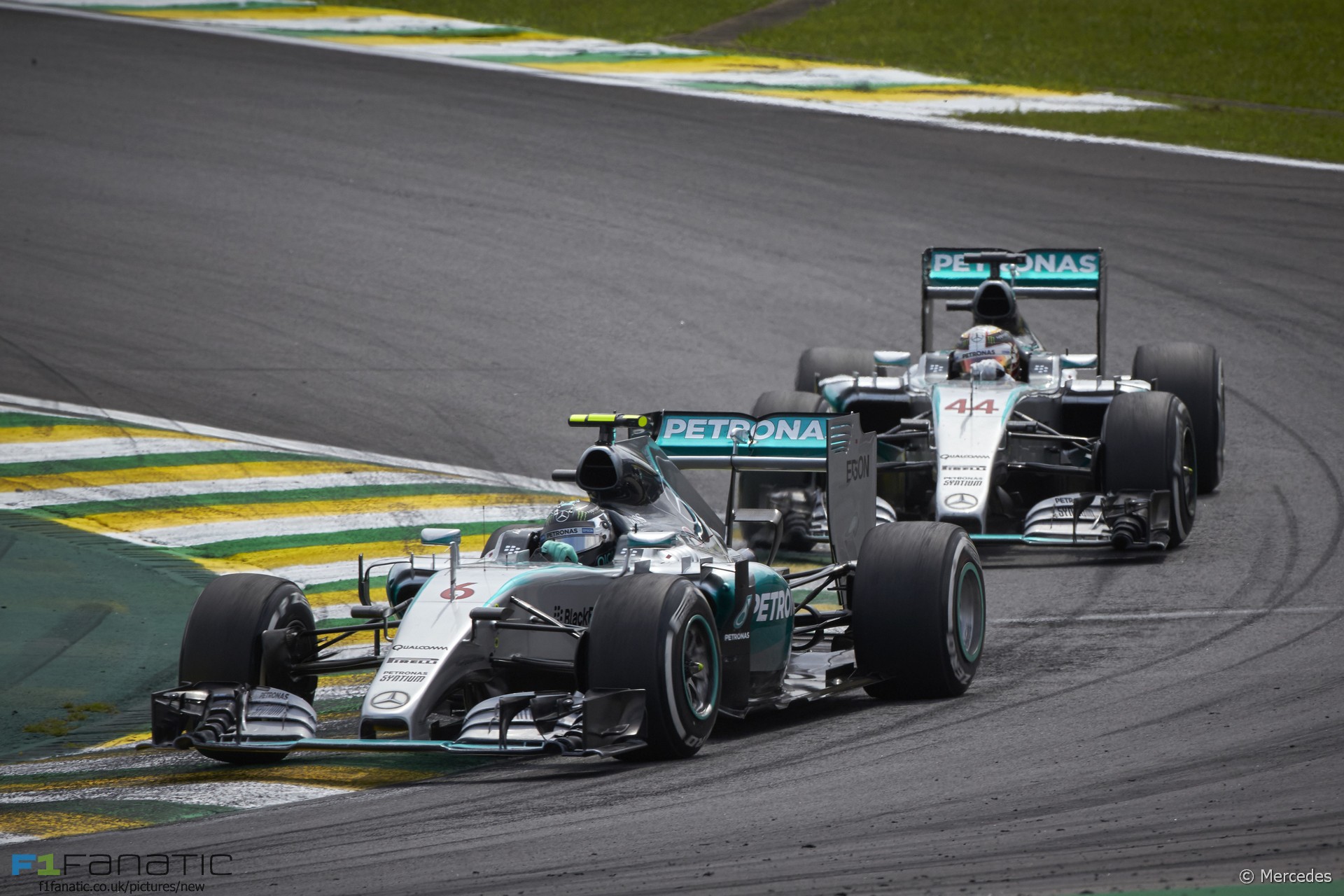 Lewis Hamilton doesn’t expect a ‘free-for-all’ contest between himself and his Mercedes team mate in Abu Dhabi, despite Mercedes being unable to improve its championship position in the final race of the year.

Mercedes has already won the constructors’ championship, Hamilton has taken the drivers’ title and, in the last race, Nico Rosberg secured the runner-up spot. However Hamilton doubts that will lead the team to give its drivers a free rein on strategy.

“I don’t really have any thoughts on it to be honest,” said Hamilton when asked about Mercedes’ strategy for Sunday’s race. “It doesn’t really matter what my thoughts are.”

After Hamilton followed Rosberg home in Brazil while urging the team to change his strategy Paddy Lowe said they would not allow their drivers to “pursue a bad alternative strategy at any cost”.

For the first time in his career Hamilton clinched his third world championship title before the final race of the season. He described his 2015 campaign as his best so far.

“It’s been the best year, obviously, of my career and a very fortunate position. A lot of great work done by my team. Probably one of the best races for me was Austin, obviously, pinnacle of the year for me.”