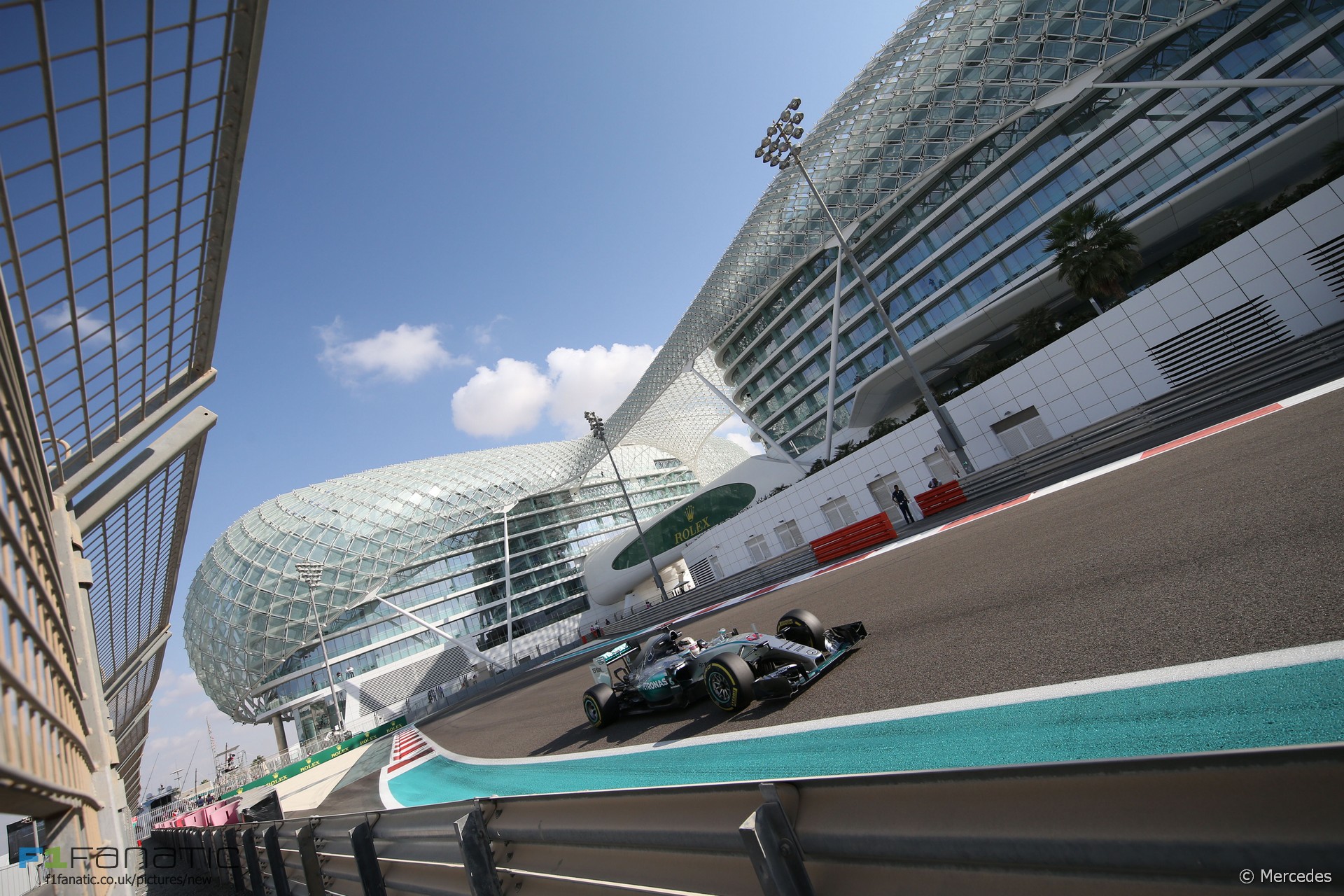 Lewis Hamilton has criticised plans for higher-downforce cars in 2017 as “the worst idea” because he believes it will make overtaking more difficult.

The Formula One Strategy Group announced in May it intends to make cars five seconds per lap faster. Wider tyres and increased downforce levels are among the changes planned to achieve this.

However Hamilton told Sky that while he believes change is needed, increase downforce levels will make it harder for drivers to overtake.

“Ultimately something does need to change because Formula One, it has been the same for a long time,” he said. “But I know they’re talking about giving us more aerodynamics which for me is like the worst idea. And it just shows for me that they don’t really know what they’re trying to solve.”

“From a driver’s point of view we want more grip from our tyres. We want less wake coming from the car in front so therefore we can get closer. Because when you’re racing a guy whoever’s in front has one hundred percent potential of the aerodynamics. And the guy behind, the closer he gets, his potential deteriorates so then the advantage he did have when he was catching you initially disappears as he gets closer which shouldn’t be the case. You should be able to – in go-karting the closer you get, you pass, and you pull away. Or you battle.”

Following the Brazilian Grand Prix Sebastian Vettel also called for “tyres that allow us to go quicker” when asked what needed to be done to improve the racing.

Hamilton attended the final race of the NASCAR season in Miami last week and said its fan engagement was something F1 could learn from.

“It was a great show, a great spectacle, particularly for the fans. A bit like DTM, the fans get very, very close to the garages in the background and to the drivers. It was a really cool event. I hope I get to do one one day.”