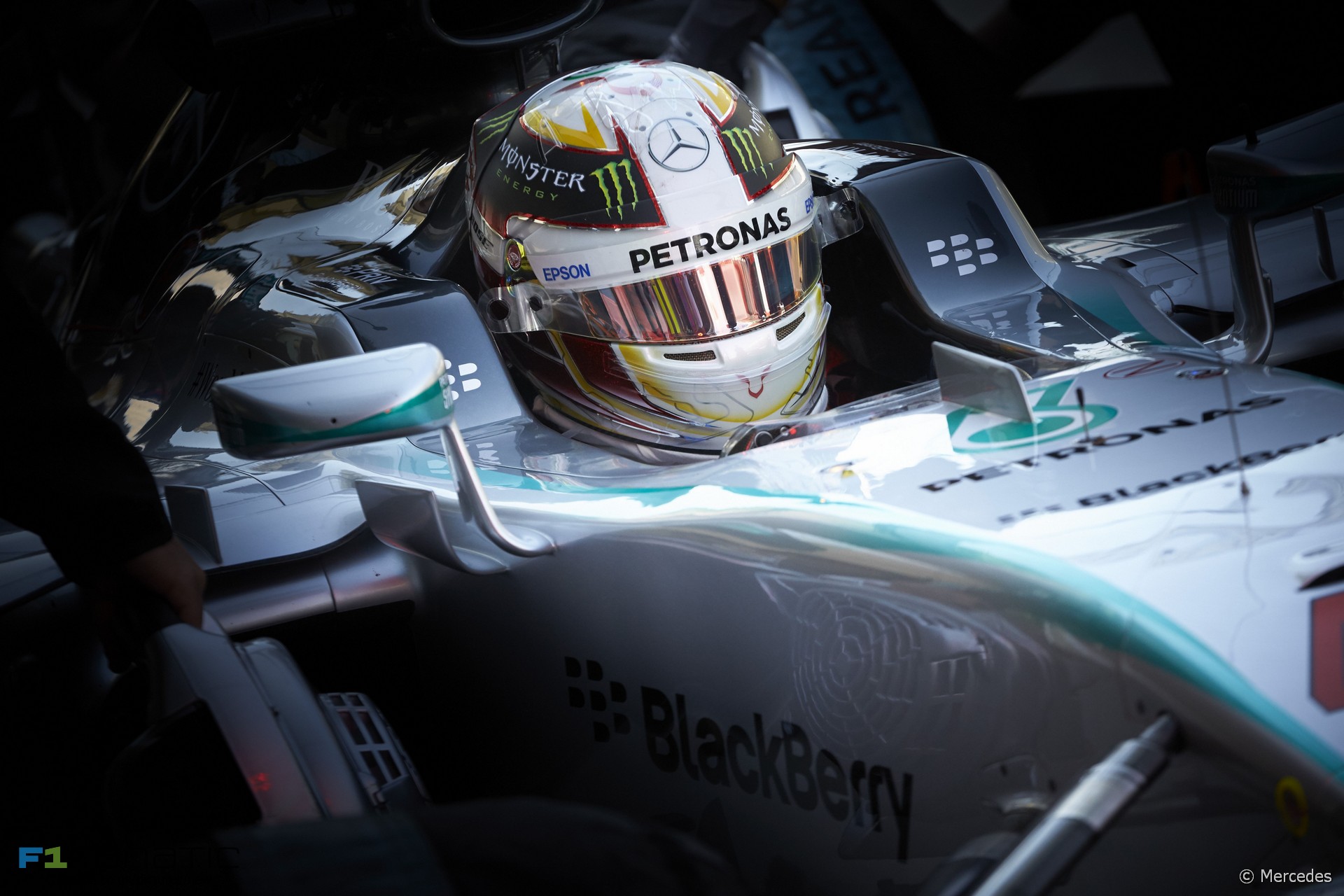 Lewis Hamilton revealed a set-up change on his Mercedes left him at a disadvantage after missing out on pole position in Abu Dhabi.

However he expects to be closer to team mate Nico Rosberg in the race after the pair were separted by 0.377 seconds in qualifying.

“Generally it gets a little bit better in the race but it’s been for a while now,” said Hamilton in the press conference after qualifying. “Generally just struggling on the edge with the car.”

“It was a lot more comfortable at the beginning of the year for me and as I said, coming into this weekend I tried to make some changes. It disadvantaged myself a little bit maybe with one of the things I took off the car which was of benefit. I tried to get around it but at the end of the day it wasn’t good enough.”

Hamilton, who took pole position for 11 of the first 12 races of the year, has now gone seven races in row without starting first. He said he isn’t concerned by the turnaround.

“It doesn’t really matter what that number is at the end of the day, what matters is the wins and obviously the championship,” he said.

“I’m happy because it has obviously been more in my favour. I’ve enjoyed it and in the last six Nico has done a great job. Areas to improve with the car, for me, on my side, but I’m sure we’ll get there.”

28 comments on “Set-up change left Hamilton at a disadvantage”