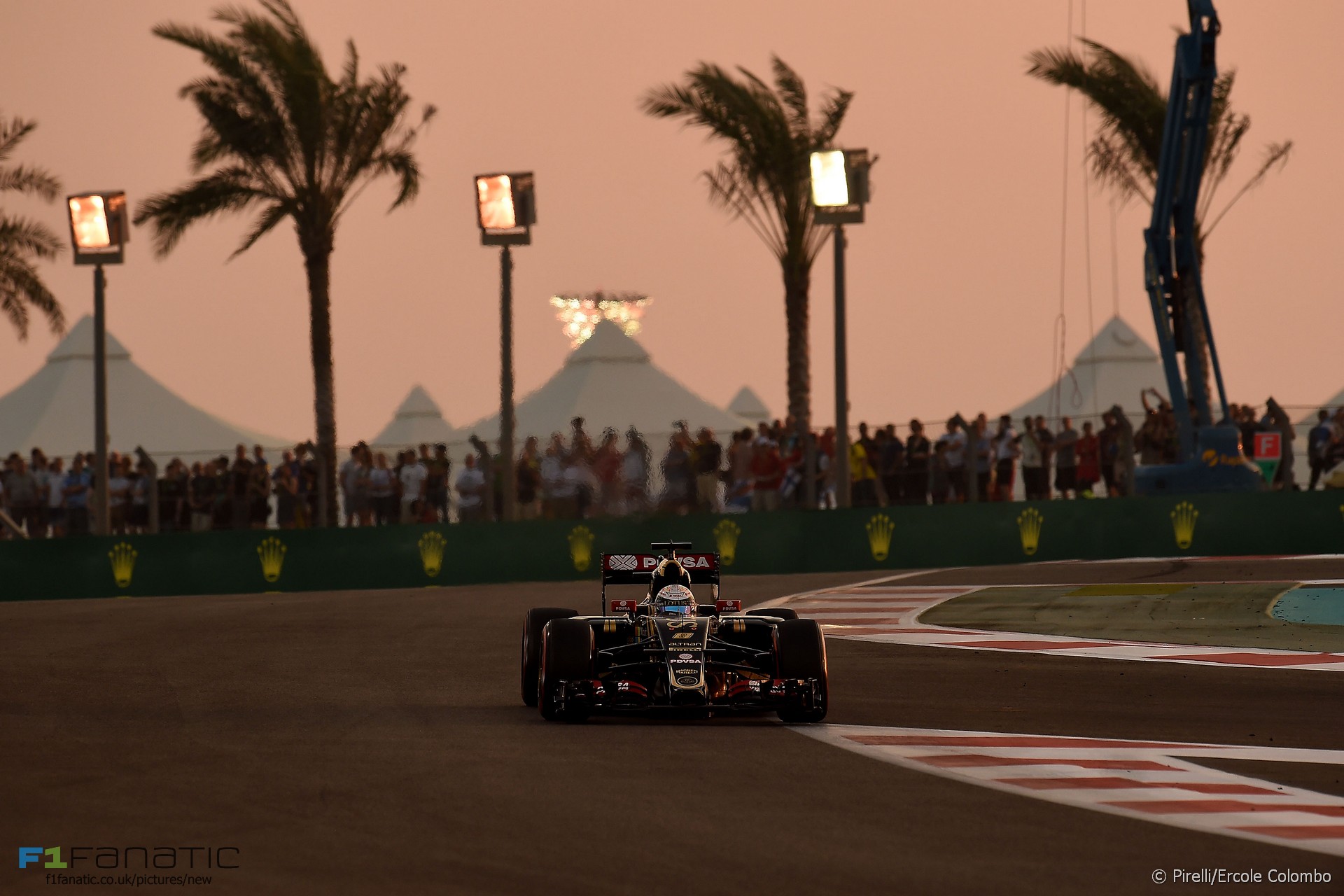 Romain Grosjean has been given a five-place penalty for the last race of the season after changing his gearbox.

The Lotus driver was halted by transmission problems during qualifying yesterday and has had to change it before it had completed the siz consecutive events required by the regulations.

“That was very frustrating,” said Grosjean after qualifying, “but it’s the end of the season and I think my gearbox has been around the world about three times already!”

Roberto Merhi has also been penalised ahead of the start of today’s race. Manor have altered the suspension set-up on his car, meaning it had to be taken out of parc ferme and he will therefore start the race from the pit lane.