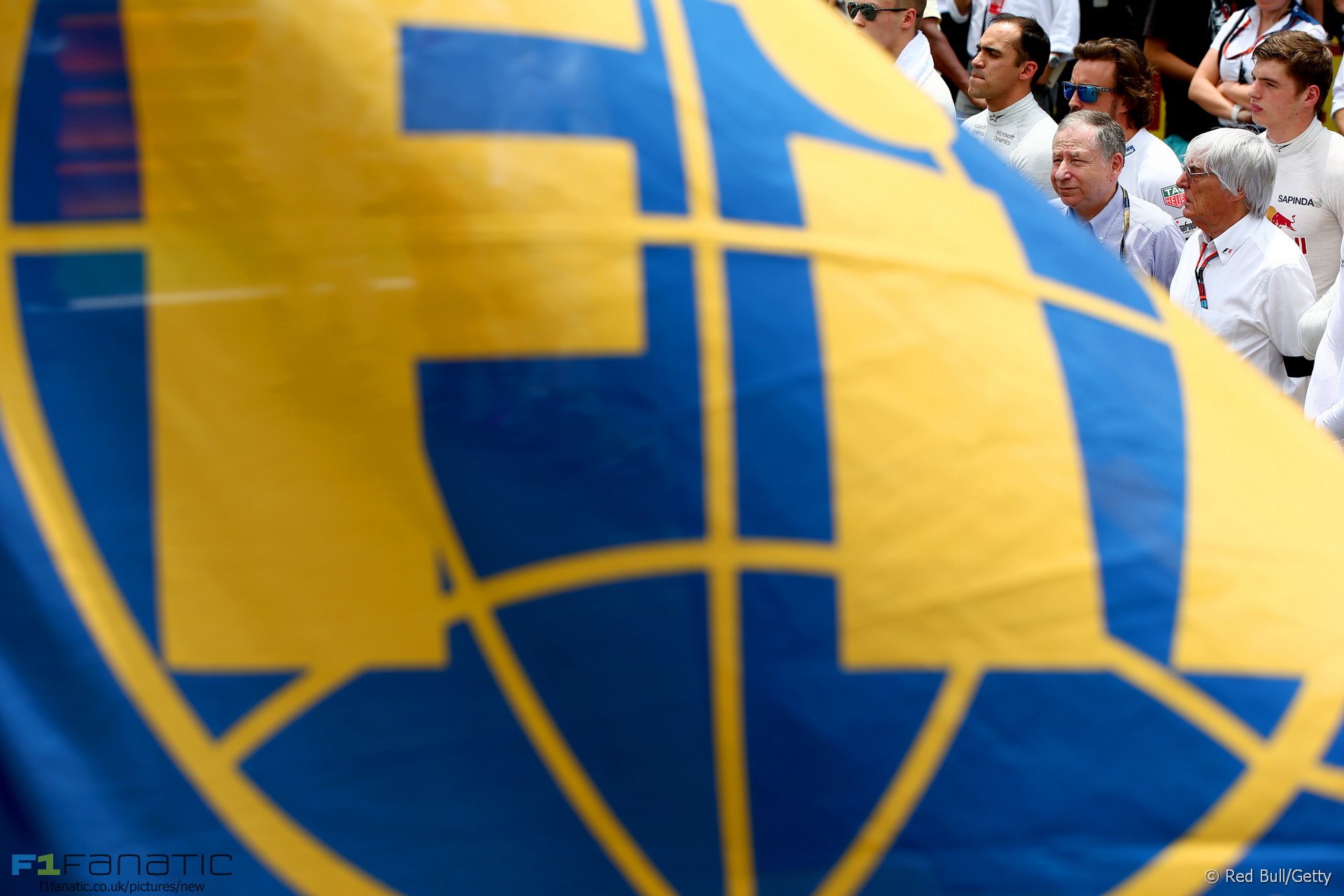 FIA president Jean Todt and FOM chief Bernie Ecclestone have been given a mandate to address F1’s “pressing issues” following a meeting of the World Motor Sport Council.

The pair, who saw their proposal for an alternative F1 engine formula defeated by the F1 Commission last week, have been tasked with making “recommendations and decisions regarding a number of pressing issues in Formula One such as governance, power units and cost reduction”.

Todt and Ecclestone have said they intend to do so by the end of next month. The decision was approved by all bar one of the WMSC representatives.

The WMSC also approved an increase in the number of power unit development ‘tokens’ allowed for each engine manufacturer over the coming seasons:

New engine manufacturers will be given 15 tokens in their first year and 32 in their second.

The FIA also opened the door for teams to continue using year-old power units, as Manor did this year. “Power units homologated in previous seasons may now be re-homologated,” noted the FIA in a statement. “Previously no manufacturer could supply more than one specification of PU.”

“The World Motor Sport Council was also advised that the FIA had agreed for Ferrari to supply a fourth customer team with a 2015-specification power unit in 2016,” it added. The fourth team is expected to be Toro Rosso, in addition to Sauber, Haas and Ferrari.