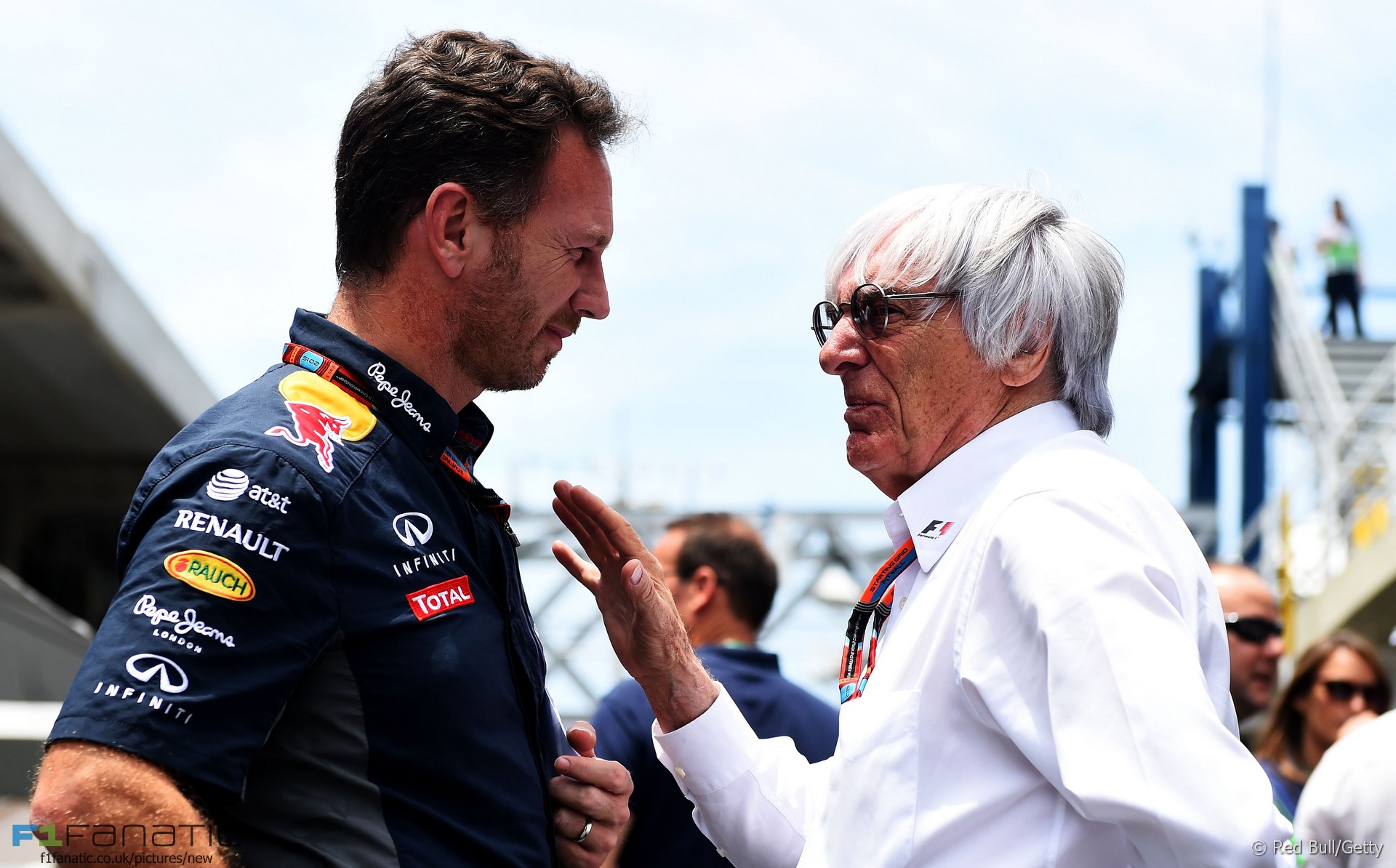 In the round-up: Bernie Ecclestone says F1’s wrangling over potential new engines would not have happened if Mercedes had agreed to supply Red Bull.

"Really and truly Mercedes should have supplied an engine. If they were to have given an engine to Red Bull none of these things would have come up."

"It’s not true he was on the verge of joining us. What he did concerns only him and the company he was working for."

"The car we have in the windtunnel for 2016 and the 2015 car we have now are significantly different so we couldn't do anything from an aerodynamic point of view."

How Ferrari returned to the front: The outlook for 2016 (ESPN)

"You can say with absolute certainty it's more of an engine formula than it was at the end of the V8 era, because with frozen engines what could you do? But this formula that we enjoy today is much more like F1 used to be."

F1 needs to 'get its act together', says Stuck (Motorsport)

"Plus this funny Drag Reduction System (DRS) – the guy who is behind opens the wing and passes. F1 has to come back to its raw roots: to become a sport where the driver becomes more important."

"As we are currently talking now our car for next year is already developing more performance than this year’s car."

Perez says he made a major step forward with his car's set-up in final practice at Spa.

"(Canada is) such a huge market for Formula One. It’s a shame, because we only have one race in each country."

"He would experiment with ratios, driving styles, racing lines and also use it to assess setup changes. After a few years Michael decided he knew how to drive a F1 car now and didn’t need the speedos any more, but that was a learning exercise for him."

The top names have changed at Manor, but do the back-of-the-grid strugglers still deserve some affection?

This is a team, maybe the team, who, of all on the grid, has the burning flame and desire for success. They have been through so many things, faced so much unfavourable odds, that they deserve massive respect just for keep racing.

Think about it. The three bottom teams signed in to compete in F1 in the first place, with their only hope being the engine cap cost – which never happened. This left them hanging dry in the air, and an air of uncertainty has surrounded them ever since. Marussia spend three years in limbo, barely able to scrape with HRT. Timo Glock was their biggest hope, and he left in 2012. The team looked likely to collapse, as HRT’s folding only increased this likelihood.

Then, a young, fresh and hugely talented Frenchman, going by the name of Jules Bianchi, came into the scene. He was a Ferrari protege, the biggest name in their young driver’s academy. Jules was very quick in 2013, and his team mate, Max Chilton was a very safe pair of hands. For once, Marussia had a solid season in F1.

Then, in a warm May afternoon, at the Monaco coastline, Jules Bianchi scored points for the team. This, as Eddie Jordan said, “brought them of age”. Things were looking bright, as the team kept beating Caterham all season long. But on the Japanese Grand Prix, we all know the tragedy that hit them next. The world was shocked… Rest In Peace, Jules.

2014 ended with Marussia collapsing. But somehow, on early 2015, a new hope came. Manor rose, once again, “like a phoenix”, and showed up in Australia.

Their story reminds me of Brawn GP’s. More than any other team, Manor deserve a shot at victory. They have showed tremendous passion, have recovered from uncountered hits, lost their finest boy, carried on a weight almost too much for them (competing in F1), but they still go on.

Six years ago the announcement of the creation of a new world championship for sports cars – which became the World Endurance Championship – looked like a potential future rival to F1.

54 comments on “Mercedes should have given Red Bull engines – Ecclestone”