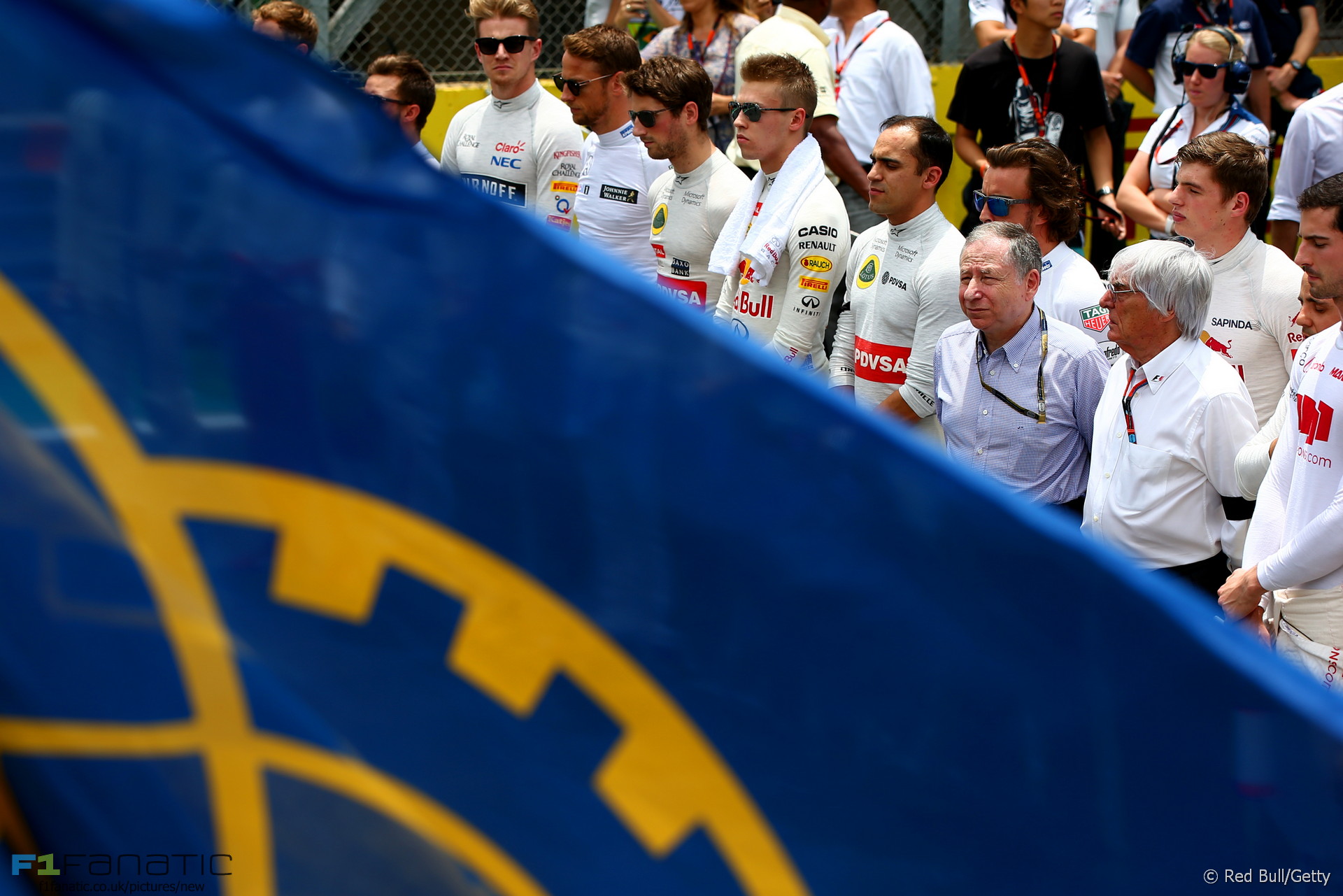 In the round-up: Bernie Ecclestone reveals Ferrari has told the FIA it does not have the authority to impose changes on Formula One.

"He added that Ferrari had written a legal letter saying governing body the FIA did not have the right to grant Ecclestone a 'mandate' to make changes."

"Under Hembery’s plan each continent, or series, would produce its own champion, leading towards an overall champion at the end of the year. The natural starting point would be Australia, as it is now, before moving to Asia. The circus would then transfer to Europe before finishing in the Americas, with rounds in Brazil, Mexico, Montreal and, Hembery hopes, California."

Jenson Button considered quitting F1 at the end of 2015 (Sky)

"This year it was totally my choice and there was a moment where I thought 'I am not sure I want to do this any more and be where we are'."

"As Dara Nasr, managing director of Twitter UK, said when asked about whether F1's reluctance to fully embrace social media opportunities was an approach mirrored by other sports, or was unique, he said: 'Yes, F1 is pretty much alone as a sport.'"

"Jefferies, who has largely been pushed into the shade by a number of local motorsport youngsters such as motocross riders Tanya Muzinda, Emmanuel Bako, Jayden Ashwell, Regan Wasmuth, Kuda Mhene (Jnr) and Daiyaan Manuel who have been hogging the limelight on the track of late, was invited by an F1 team to test two different F1 machines and he drove a Jaguar V8 F1 car and Arrows V10 F1 car."

Who impressed you in 2015? Give your verdict on the best and worst drivers here: https://t.co/K7Rrw7HCkM #F1 #F1F pic.twitter.com/RgWP88YDz7

“Really and truly Mercedes should have supplied an engine,” said Bernie Ecclestone yesterday. “If they were to have given an engine to Red Bull none of these things would have come up.”

Really and truly Ecclestone should have supplied teams more funds. If he were to have given more of F1’s revenue to the struggling teams none of these things would have come up.

Really and truly Red Bull should have shared Adrian Newey’s expertise. If they were to have given aero data to other teams none of these things would have come up.

Really and truly Lewis Hamilton should have let other drivers past him. If he were to have given places to Rosberg and Vettel none of these things would have come up.

Really and truly F1 should have been free-to-air with lower track admission prices. If they were given a fair price to spectate to the fans none of these things would have come up.
Philip (@Philipgb)

Happy birthday to Debaser91 and Ryan!

On this day last year McLaren confirmed Fernando Alonso’s return to the team: