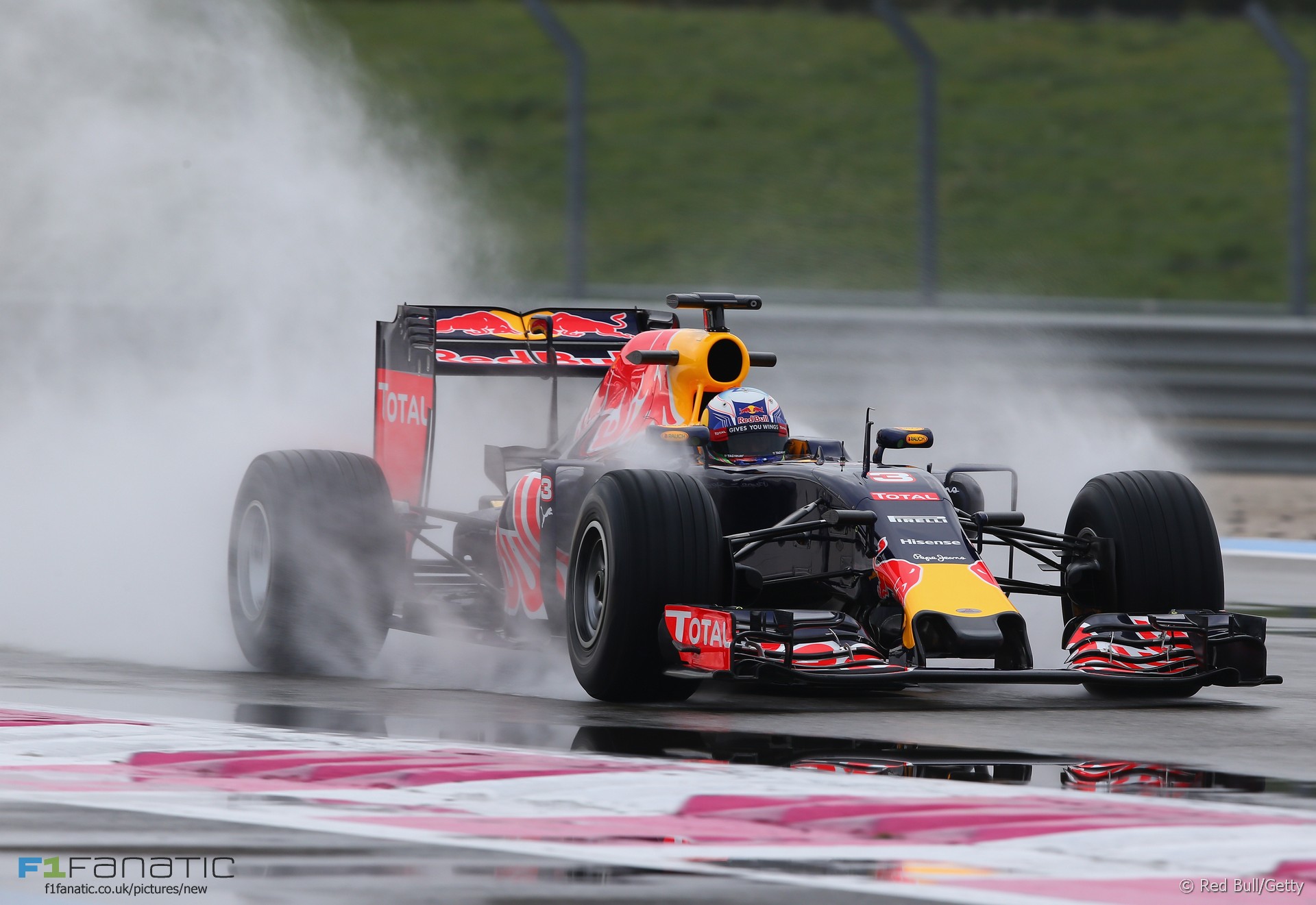 Three teams were in action today at Paul Ricard conducting a special test of Pirelli’s wet weather tyres. Sprinklers were used to soak the track for the test.

36 comments on “Pirelli wet tyre test day one in pictures”