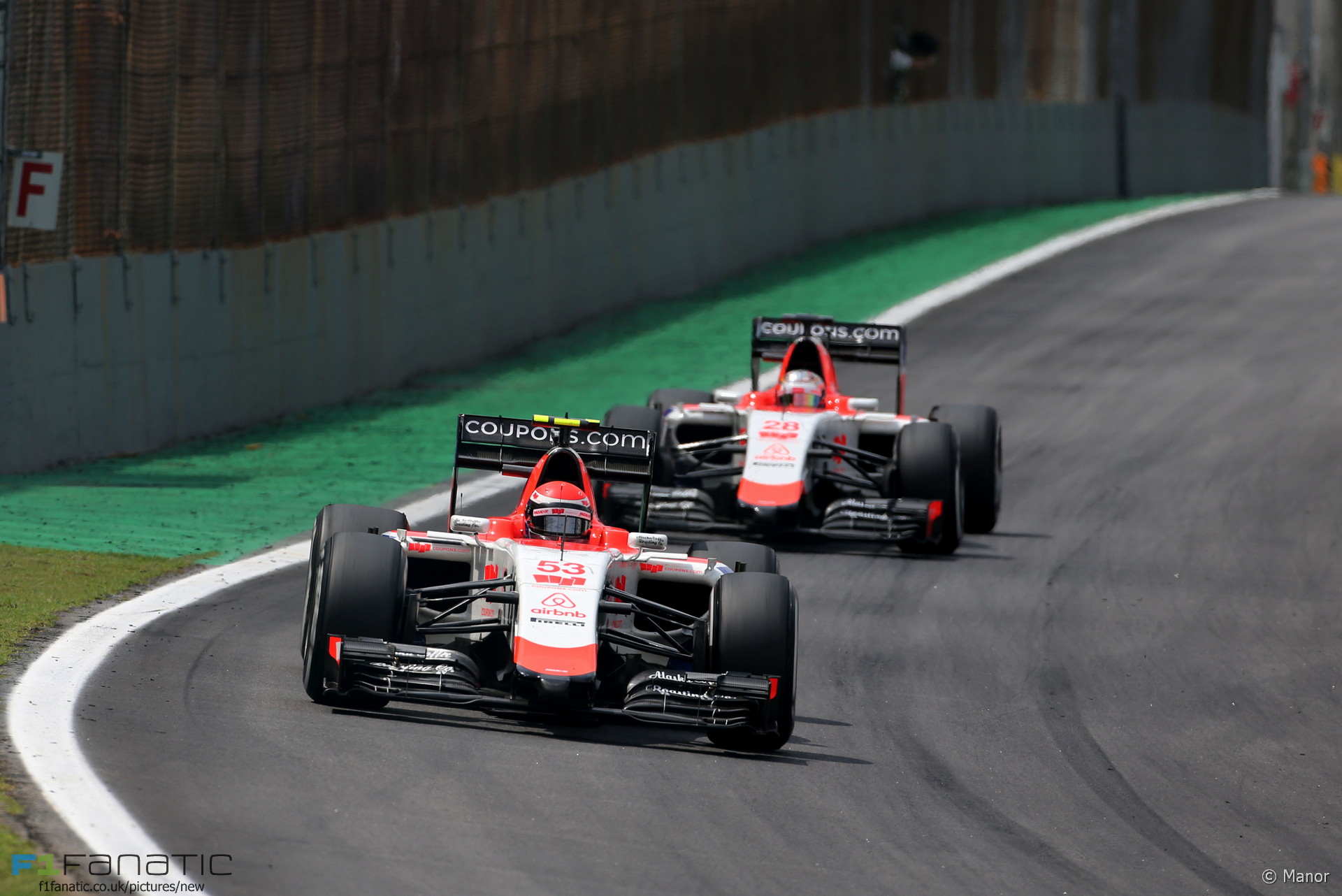 In the round-up: Pastor Maldonado’s manager says it would make no sense for him to chase one of the remaining F1 seats at Manor.

I’m looking for around 15 volunteers to help compile data for a new project related to F1 Fanatic. If you’ve got a passion for motor sport and are happy to spend a while putting some data together please get in touch via the contact form:

Nicolas Todt: "Manor are not really an option. After five years at Williams and Lotus...with all due respect to Manor, it makes no sense for Pastor."

"Total is keen to promote a French driver, and an agreement is expected to be found with Mercedes to free Ocon from his commitments, knowing that the German manufacturer can only offer the Frenchman a DTM program in 2016 having been struggling to place its own reserve driver Pascal Werhlein in F1."

"We're at that stage where the car is continuously being assembled now, with most of the parts built, so it's all about putting it together."

"Vettel is also there and has been joined by Felipe Massa and Valtteri Bottas, while Nico Rosberg may also attend."

"Alex (Wurz) had a simulator sickness, and that also helped me a lot, because he couldn't do the correlation work, and I could. It was early days for simulators, and it was easy to get sick. I wanted that role and I knew if I got sick like Alex, they wouldn't take me!"

"Twelve million manats (£5.18m) have been spent for upgrading a six-kilometer road."

The @WilliamsRacing FW38 fired up for the first time yesterday. No issues, great to hear the roar again & now less than 3 weeks to testing!

Who could step in to buy a chunk of Force India?

I highly doubt someone like Carlos Slim would throw even a penny at an F1 team after he looks at their financials.

I’ve been seeing his companies’ logos on F1 cars for about four or five years now, and I wonder whether he’d purchase a team after having been familiarised with the industry and terms. I just think he’s too stingy and shrewd to own an F1 team.

I don’t think Slim got to where he is today by being bad with financial statements and money management.
@Texasisbiggerthanfrance

Jules Bianchi speaking about the challenge of driving the new V6 hybrid turbo cars on this day two years:

It was not easy, for sure. But this is why we are here for, you know? We are here for a challenge and we want to be the quickest as possible with what we have.

49 comments on “Manor would “make no sense” for Maldonado”