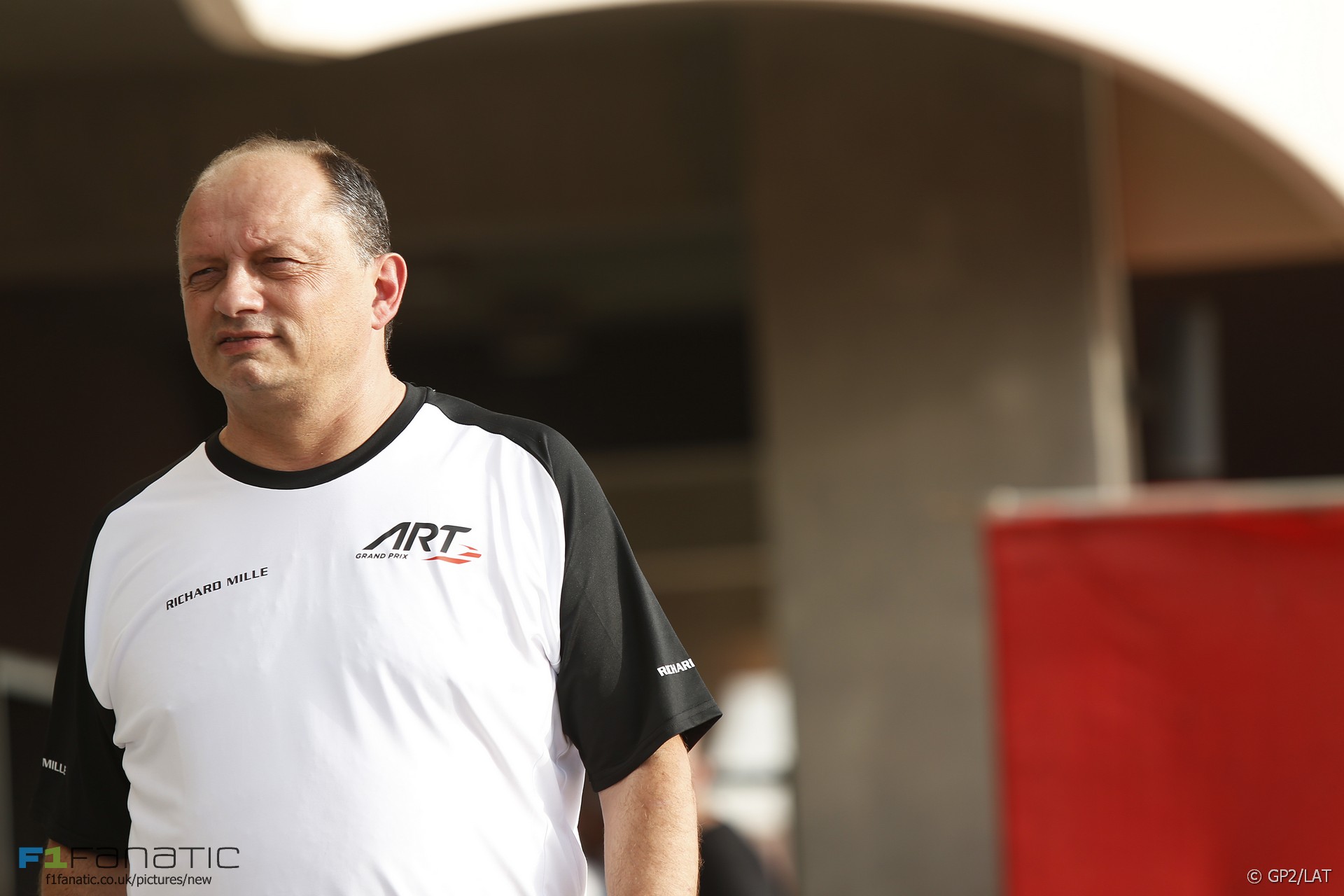 Renault has appointed former ART team boss Frederic Vasseur to head up its Formula One team as racing director.

Most recently he took Stoffel Vandoorne to victory in GP2 and Renault’s new reserve driver Esteban Ocon to the GP3 crown.

He has close connections to Renault having first used their engines in F3 20 years and more recently setting up chassis builder Spark which collaborates which builds cars for the Formula E championship where Renault is highly active.

Vasseur described Renault’s F1 ambitions as “a mid-term project” but stressed they want to see clear improvements in 2016.

“We know the target for the next two or three seasons,” he said. “But we know also that we will need to deliver some results from the first year and I think that we can consider that we have the good drivers for this for next year.”

“For sure it’s a huge challenge for everybody, for me also<" he added. "I know the step is very high but I know also the motivation in Viry-Chatillon, in Enstone, from everybody and we can be quite confidnet."