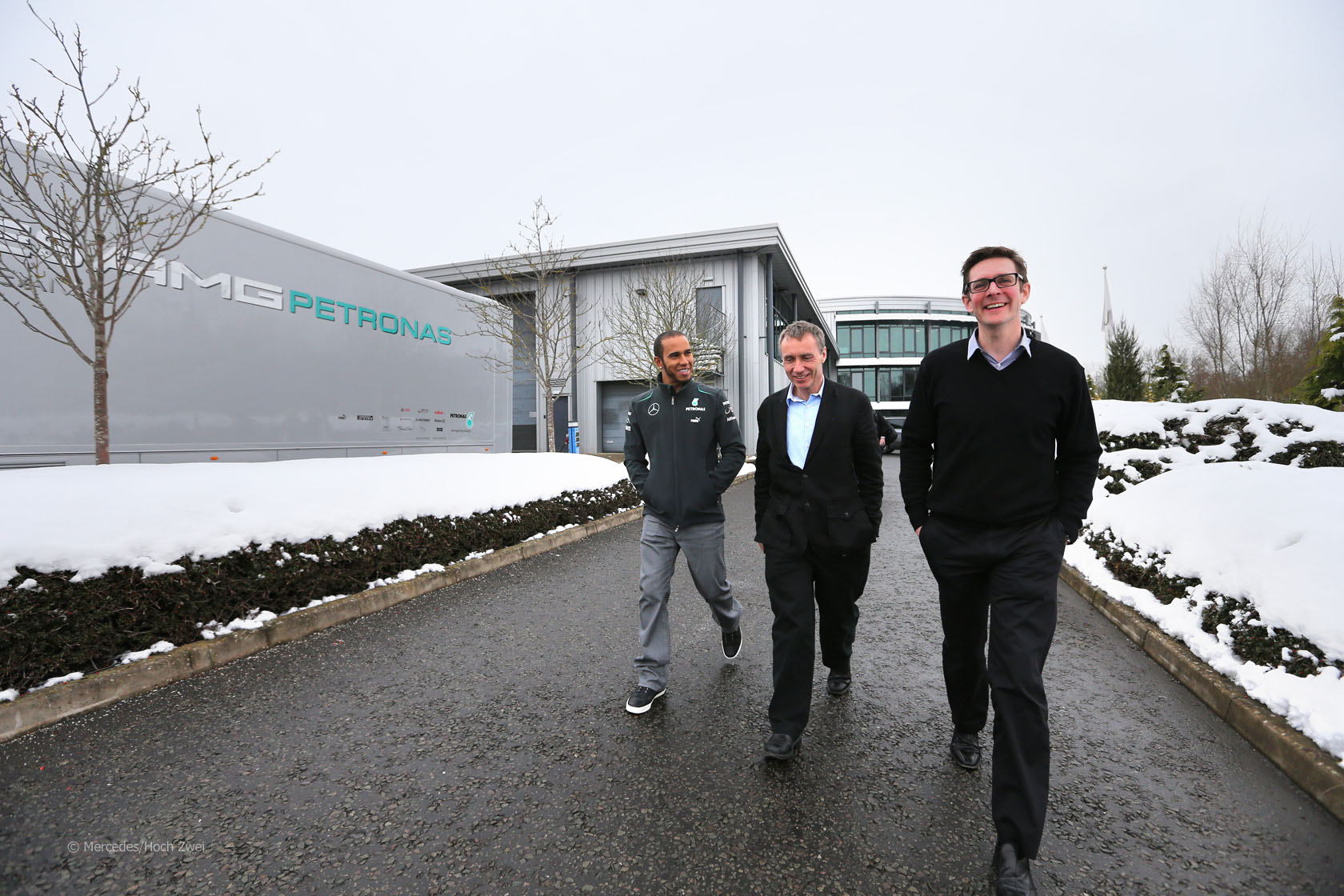 The return of Bob Bell from Mercedes must rank as the most significant development of Renault’s comeback to Formula One.

The team’s new chief technical officer not only knows Renault inside out, but worked at Mercedes as it was transformed from the win-less squad of 2011 to the dominant champions of 2014.

Bell (pictured centre with Lewis Hamilton and Andrew Shovlin while at Mercedes) played a central role in Renault’s championship successes of the mid-2000s. As technical director he oversaw development of the cars which won back-to-back constructors’ championship titles and took Fernando Alonso to two drivers’ championships.

In the team’s darkest hour, when Flavio Briatore and Pat Symonds were shown the door following the ‘Crashgate’ scandal, it was to Bell they turned to steady the ship. But his new role will focus on the technical side.

“I will oversee the technical functioning between the two sites of Viry-Chatillon and Enstone,” explained Bell. Central to his role will be co-ordinating the efforts of chassis chief Nick Chester and engine developer Remi Taffin.

“I will spend around half of my time at each site where I will assist in setting the direction for chassis and engine development to ensure a consistent approach between the two locations.”

In order to achieve the standard of competitiveness set by Mercedes, Bell believes Renault’s two arms must merge “towards becoming one entity – more than they have ever been before”.

“If you look at the team’s history and also the development of F1 in general, in the V8 and further back in the V10 generation, it was possible to have a more arms-length relationship between the engine and chassis side of a team, whereas now to be successful you need far more integration with the more complex power units and the evolution brought by the intensity of competition.”

However Bell believes there is “tremendous potential” for the team to tap. “Firstly you have Enstone which is an organisation that has been starved of resources in recent times but structurally is pretty sound.”

“Viry, on the other hand, could be characterised as being resourced well enough to do a credible job however recent history has seen a very difficult situation with the change to the latest power units and this has impacted on how the facility operates.”

“The key for Viry is galvanising the leadership and direction with the new opportunities that a works F1 entry provides. The focus is more structural whereas at Enstone it’s more resource-based. We’re clear on what the issues have been in the past and we’re working on putting them right.”

While Honda has thus far resisted McLaren’s urging to make strategic staff hirings from other teams, Renault has landed a designer who knows how its team operates and knows how the current champions do it. That isn’t necessarily going to present them with a short-cut to success, but it should keep their efforts pointing in the right direction.

26 comments on “Coup for Renault as Bell returns from Mercedes”