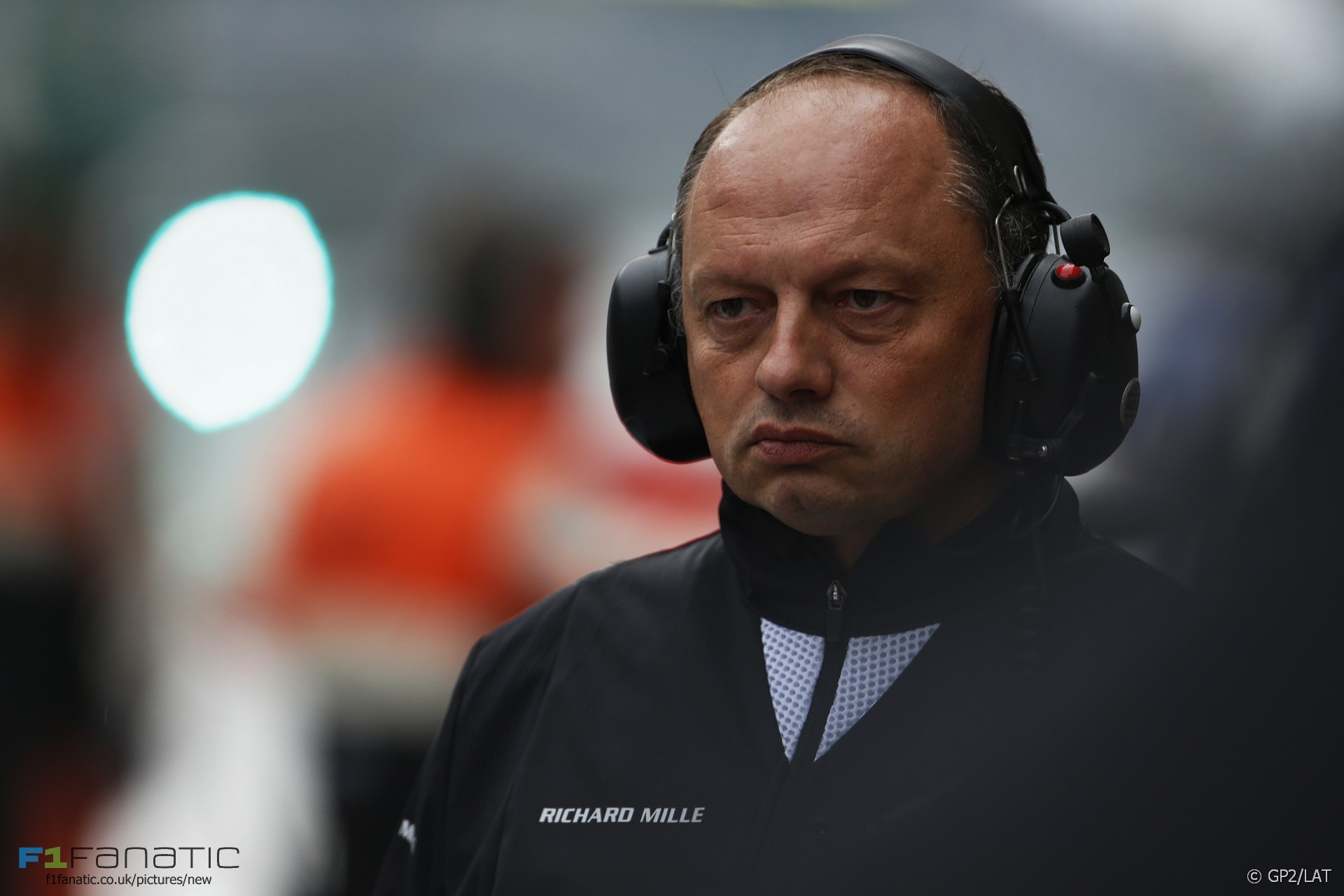 Renault has entrusted responsibility to for the running of its third works F1 team to a man with no prior experience at the sport’s top flight.

But Frederic Vasseur has an enviable record across several of the leading ‘feeder series’ for Formula One.

“It’s correct that this is my first role in Formula One,” said Vasseur after being confirmed as the racing director of the Renault Sport Formula One Team. “But I have worked a long apprenticeship in the junior categories and I’m eager to translate everything I’ve learnt over many years of competing elsewhere into the challenge of Formula 1.”

“This is a new experience for me, but racing is racing and the target is always the same. The approach you need to win is the same no matter what the category.”

Vasseur’s credentials as a successful team manager and his close ties to Renault over the past two decades made him the obvious choice for the job. He formed the ASM Formula Three team in 1996, his cars powered by Renault engines.

The partnership came good within three years when his driver David Saelens reeled off a stunning 12 consecutive victories in the French series to take the title from Franck Montagny by just three points. Having taken Tiago Monteiro to the runner-up spot in 2001, Vasseur’s ASM triumphed again in the final year of the French championship with Tristan Gommendy in 2002.

For 2003 the French championship merged with its counterpart in Germany to form the F3 Euro Series. Vasseur’s team, now powered by Mercedes, soon became a dominant force. Jamie Green was the first of their drivers to win the title in 2004, and he was followed by a succession of future F1 talents who did the same.

Lewis Hamilton and Adrian Sutil made it a one-two for ASM in the 2005 championship, a feat repeated by Paul di Resta and Sebastian Vettel the following year. Romain Grosjean kept the run of ASM champions going in 2007 while his rookie team mate Nico Hulkenberg placed third. Hulkenberg returned with them the following season to take the crown and 12 months later it was Jules Bianchi’s turn.

By then ASM had merged with Nicolas Todt’s ART outfit and taken on its name. With Vassuer at the helm the team joined the new GP2 championship in 2005 and immediately established its authority, taken Nico Rosberg to the title. Hamilton repeated the feat the following year and Hulkenberg became the third rookie to win the GP2 crown with ART in 2009.

Underlining its mastery of single-seater championships, ART drivers Esteban Gutierrez and Valtteri Bottas also won the first two GP3 titles in 2010 and 2011. The most recent season produced another haul of silverware in GP2, courtesy of Stoffel Vandoorne, and GP3, where Esteban Ocon took the honours.

Vasseur’s success in the junior categories meant ART was repeatedly linked with a graduation to F1. This briefly seemed a possibility in 2010 in the wake of three new teams being admitted entry. This ultimately came to naught and, in light of the growing difficulties the 2010 entrants have faced since then, it was surely a wise move. Instead ART branched out into GT racing, running a pair of McLaren MP4-12Cs in the 2014 European Le Mans Series.

Meanwhile Vasseur strengthened his ties with Renault through their involvement in the new Formula E championship launched the same year. In 2012 he set up Spark Racing Technology which the FIA appointed as the championship’s chassis builder the following year. Spark created a clean-sheet design for the car which began service in mid-2014.

In his new Renault role, Vasseur will be responsible for the team’s sporting and technical competitiveness. Top of the to-do list is reshaping the ex-Lotus team into an outfit which can harness the substantial resources available to Renault across its bases for chassis (Enstone) and power unit (Viry-Chatillon).

“We know the road map and we have to deliver in the next three or so seasons,” said Vasseur. “The first is to build up the team as one organisation and be sure that everyone works together well.”

“Our first priority is to ensure everything goes smoothly. I don’t want to focus only on the process, I know we have to build to success too and we’ll have to deliver quickly. There’s plenty to do.”

8 comments on “Frederic Vasseur: The new man in charge at Renault”