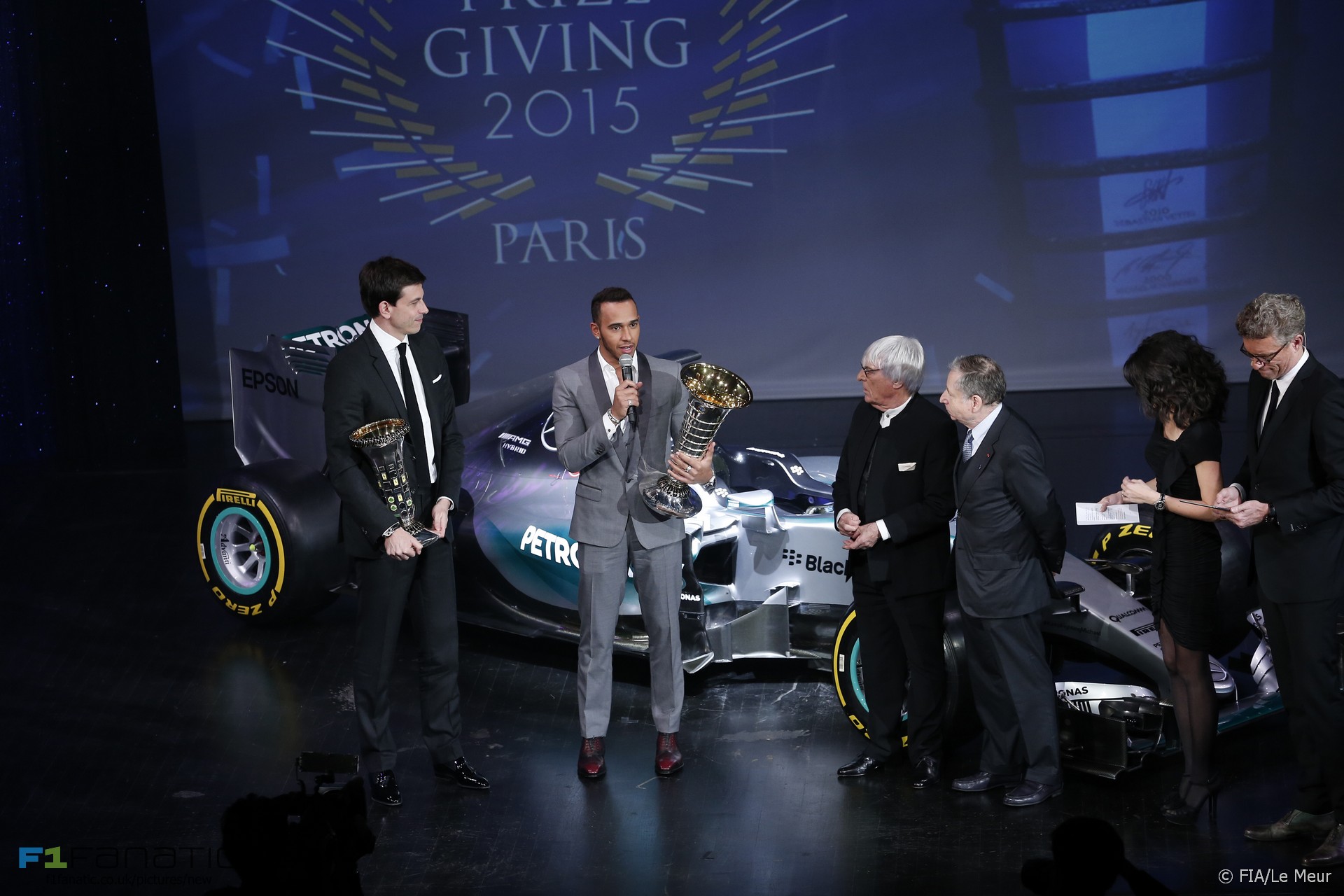 In the round-up: FIA president Jean Todt tells critics of the one-sided competition in Formula One it isn’t the only sport where one team can dominate.

"You have to accept domination is part of the sport, and not only in motor racing because you have domination in football, tennis, athletics, rugby."

Former Lotus test driver Marco Sorensen claims Carmen Jorda was 12 seconds per lap off his pace in the team's simulator.

'Lewis Hamilton could dominate F1 for next 10 years' (Sky)

"He has another seven to ten years left in the sport and he is extremely competitive. He is still young so he has quite a few left in him."

"We know exactly how McLaren work in terms of a data-driven approach, so they are going to make some big, big gains."

"Although the design of F1's Halo cockpit protection system will be refined at the next Technical Regulations Meeting on February 11 – it has already been agreed that the addition of some form of extra screen will not happen for its first season in 2017."

"If, from the perspective of power unit performance, the optimum sizing of the turbo is now beyond that which will fit inside the vee (as seems to be the case), is it still possible to overcome the lap time cost of that through the aerodynamic benefit the Honda layout allows?"

"Gerhard Gribkowsky, who was once the chairman of F1’s holding company and who has served five years and two months in jail for corruption, is set to be freed on March 3rd, less than a month from now, court officials have confirmed."

Stranger in a strange land (ESPN)

"Where Formula E has excelled off-track is in doing away with the costly (and largely unnecessary) fripperies that much of the general public falsely associates with motorsport as a whole, and not F1 in particular."

Love the old ads to be found in our historic editions. @DoningtonParkUK pic.twitter.com/vvsqkV9NB6

'(Insert name) F1 team is pleased to announce it has passed the minimum safety standards to enter the series.' This is not worthwhile PR #F1

They often say a camel was designed by committee. Rather concerned 2017 F1 cars will look the same. Hope not, beauty always looks faster

Would you go to see to ‘Flav: The Movie’?

If we ever know enough about Briatore´s life to make a full biography, the guy whose first business partner died in an unresolved case of car-bombing, who was found not guilty in most of the fraud-cases against him and somehow managed to get amnesty for those where he was found guilty, who dated (and impregnated) more than one world-famous model, and also lead a F1 team through wins, championships and cheating-accusations (which began long before Singapore, just think of traction control)… it would be an interesting biopic.

Happy birthday to Bullfrog and Akshay!