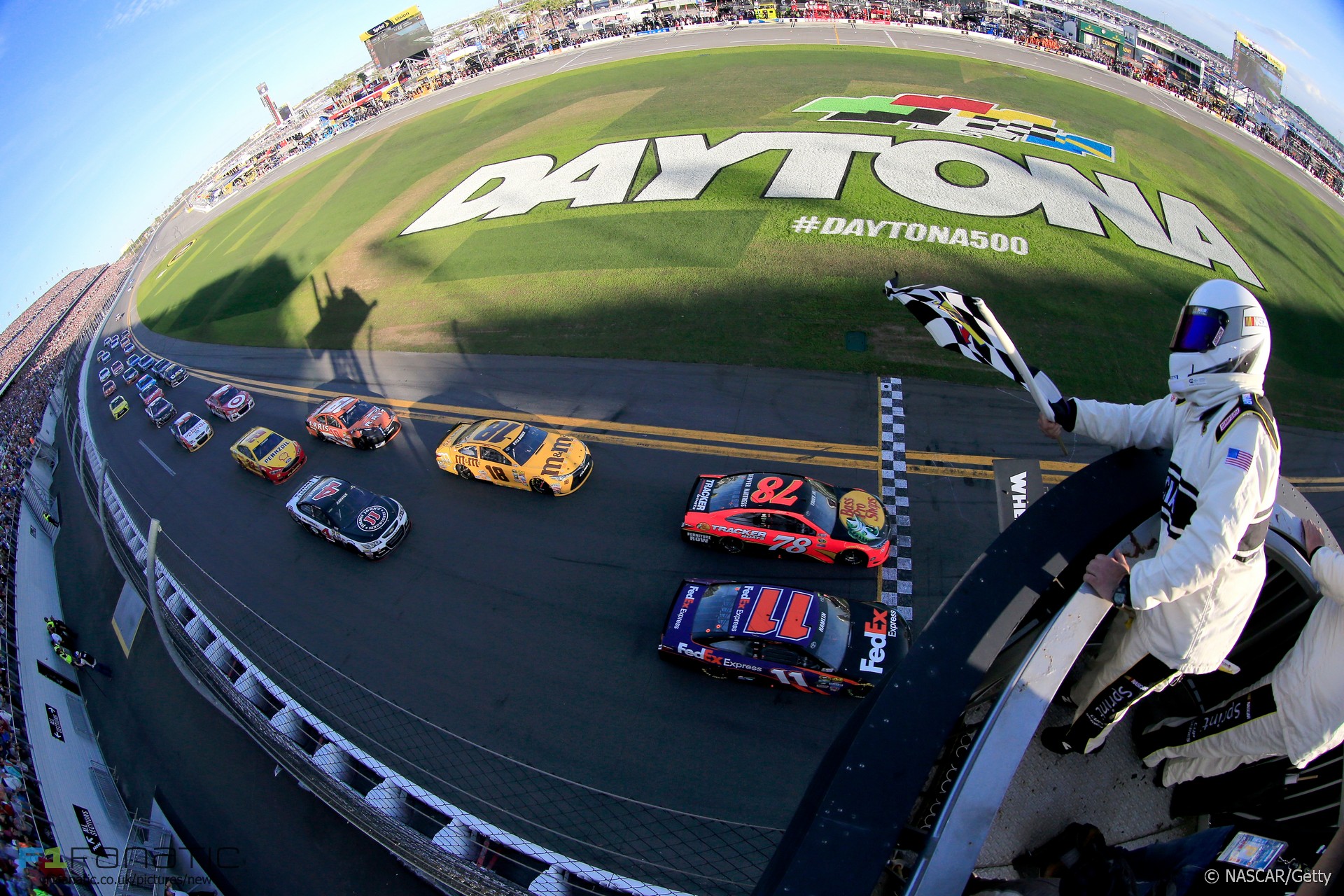 After 500 miles of racing there was just one-hundredth of a second in it at the end of the closest-ever Daytona 500.

Yesterday’s Daytona 500 was a somewhat processional affair until the final lap, which saw the 58th running of the race end in pure drama.

Matt Kenseth, who had led since the final restart, slithered wide, allowing Denny Hamlin and Martin Truex by in a neck-and-neck sprint to the flag. Hamlin pipped his rival to the line by a mere hundredth of a second.

Chase Elliott, who took over the number 24 car of the retired Jeff Gordon, started from pole position but crashed out after just 19 laps. He later rejoined the race 40 laps down.

Were you watching the Daytona 500? Did you think it was a great race – or just a great last lap? Let us know in the comments.

Also let us know whether you’ve got any race plans for next weekend, when the the NASCAR series will continue at Atlanta.

10 comments on “Closest-ever finish at Daytona 500”