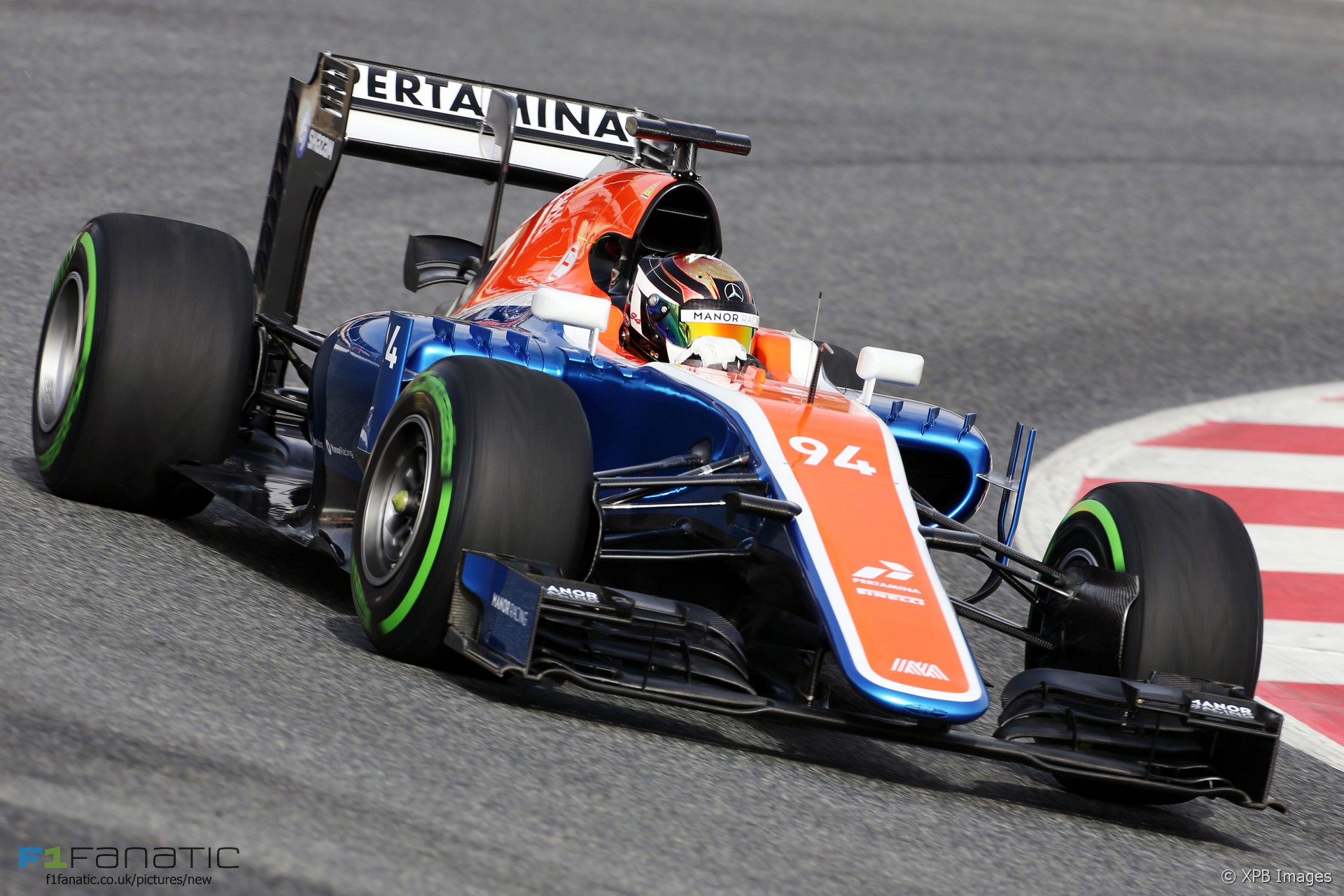 The first pictures of the Manor MRT05, the car they will use for the 2016 F1 season, have been revealed by the team.

Technical director John McQuilliam declared the team’s all-new design, the first to be powered by a Mercedes power unit, is “a contender”.

“We really believe that,” he added. “The design team have focused almost exclusively on it since the middle of last season and it’s just a whole different ball game to any of its predecessors. We haven’t left any performance on the table and right now I can say there’s not a single part of the car we’d have designed differently.”

“We had to ‘make do’ last year and that’s not what we’re here for,” he added. “We build fast race cars for a living and it’s great to get back to doing what we love.”

As well as current-specification Mercedes PU106C power unit the Manor also uses a gearbox and ancillary components supplied by Williams.