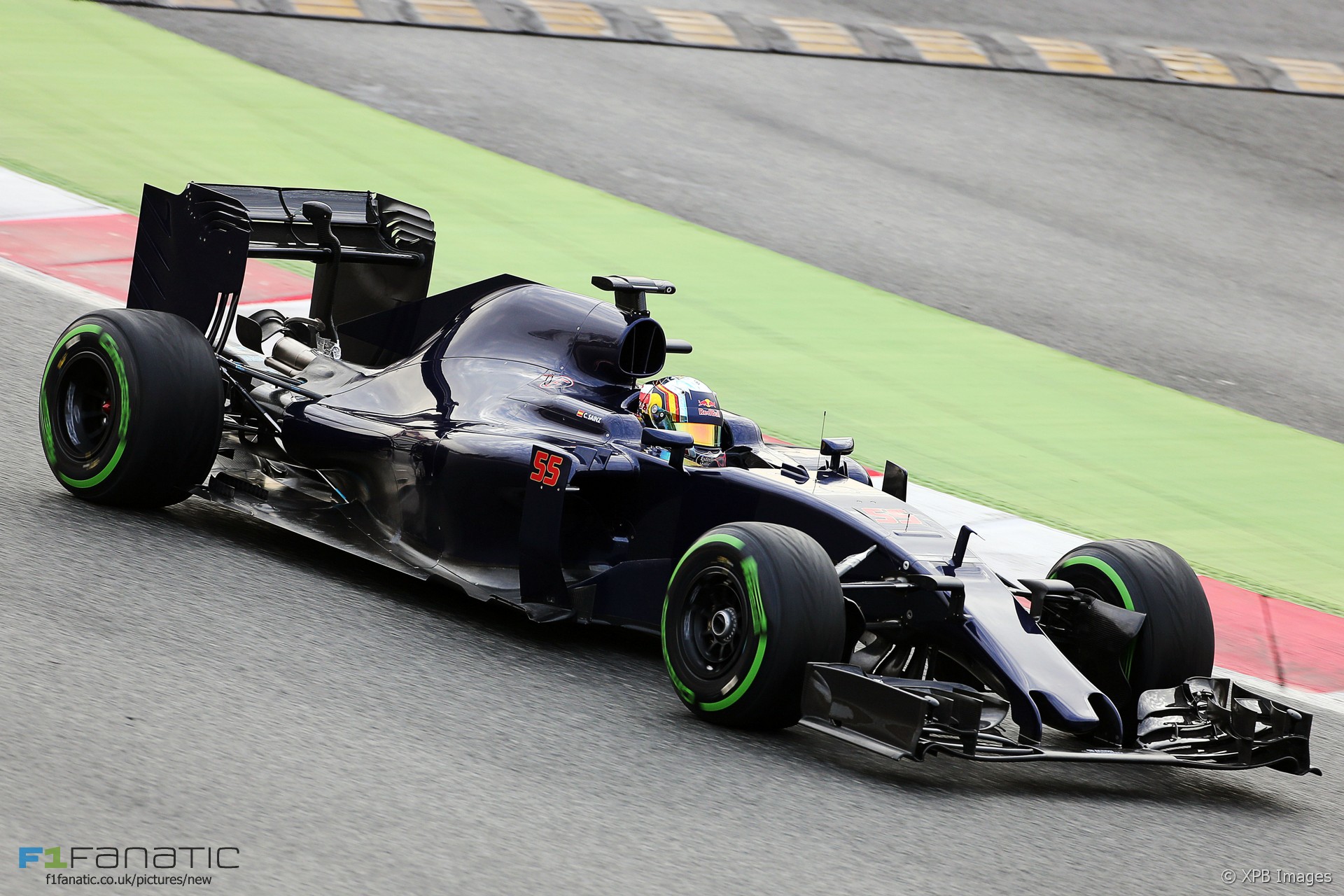 The Toro Rosso STR11 has made its debut on the first day of pre-season testing at the Circuit de Catalunya.

The team has switched from Renault to Ferrari power this year, but is using a 2015-specification unit. Work on the STR11 was finished so late the car is running without its livery.